Morning Report: Hitting Leaders Through the Month of April 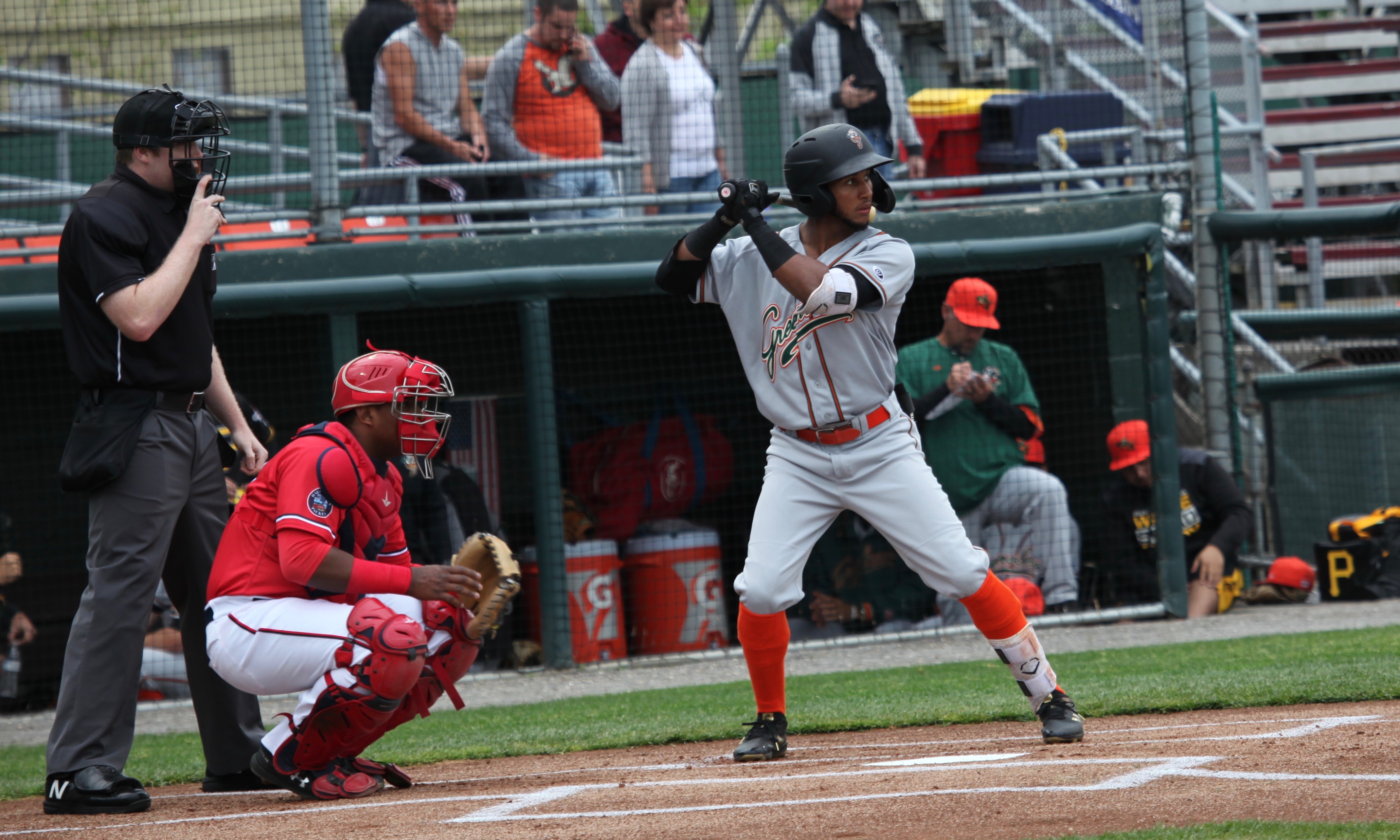 With the month of April in the books, it’s time to look at the top minor league hitters for the Pittsburgh Pirates. Below you will find the top five hitters in each category from Opening Day on April 4th through April 30th. If one of the affiliates doesn’t have a top five player in a category, I added their best hitter in that category at the end of the list, along with their rank in the system. I used a minimum of 50 plate appearances for average, OBP, slugging and OPS. I also left off triples because only three players had more than one.

Today’s Starter and Notes: The Pittsburgh Pirates were off yesterday, as they travel home for a weekend series against the Oakland A’s. Joe Musgrove will be on the mound tonight. He allowed one earned run over 6.2 innings in his last start and has gone at least six innings in every start this season. Oakland will counter with left-hander Brett Anderson, who has a 4.35 ERA in six starts and 31 innings. He has a 1.48 WHIP and 18 strikeouts. Anderson’s last two starts were against the Toronto Blue Jays. He allowed a total of eight runs over seven innings.

The minor league schedule includes the first meeting between Greensboro and West Virginia since the Pirates switched affiliates this winter. The two teams will meet a total of 21 times this season. Alex Manasa gets the start, his first home start since April 6th. He gave up two runs over seven innings in his last outing. Bradenton was rained out yesterday so they will try again to send out Aaron Shortridge, who looks to bounce back from his first poor start. He gave up three runs over five innings, after allowing three runs total in his first four starts. Altoona will go with Yeudy Garcia for his second start. His last start five days ago was his first starting assignment since June 14, 2017. Alex McRae goes for Indianapolis. He has allowed four runs or more in four of his five starts.

From Indianapolis on Wednesday, Ke’Bryan Hayes drives in two runs with his league leading 11th double

The International League doubles leader has added another!@KeBryanHayes sparks a three-run rally and it's 6-3 them thru 3. #RollTribe pic.twitter.com/d0rDeHXJ2c

We have mentioned that James Marvel has an improved curveball this season, which is helping lead to his success. Here’s a look at one of the better ones from Wednesday

"No. Just looking."@jamesmarvel12 punches out the side to get through his fourth scoreless inning. Marvel's scoreless streak is up to 18.2 innings. No score in Altoona. pic.twitter.com/FOaE40BGSm

Two former Pittsburgh Pirates players born on this date, plus one trade of note that would seem backwards based on today’s standards. On this date in 1947, the Pirates traded outfielder Al Gionfriddo to the Brooklyn Dodgers for five players. The odd part of the deal is the fact the Pirates paid out at least $100,000 (possibly $125k according to one source) to the Dodgers as part of the deal. By the 1949 season, only one of the players was left in a Pirates uniform, pitcher Kirby Higbe. One of the players the Pirates got back made his name in baseball as a manager years later, infielder Gene Mauch.

Five years after that deal, the Pirates traded pitcher Bill Werle to the St Louis Cardinals for veteran pitcher Red Munger. The trade didn’t do much for one of the worst teams in franchise history, as that 1952 club finished with a 42-112 record. Munger was 0-3, 7.18 in four starts and one relief appearance for the Pirates.

The two players born on this date are first baseman Ivan Cruz (1999-2000) and catcher Chris Cannizzaro (1968). You can read a mini bio for each player in the link above.

On this date in 1882, second baseman George Strief hit the first home run in franchise history. It was the first of five homers he hit during his five-year career. It came off pitcher Will White, who would win 40 games that season and he allowed just three homers all year. White is the brother of Deacon White, who played for Pittsburgh in 1889 and was elected to the Hall of Fame in December of 2012.