Morning Report: Pirates Among Their League’s Hitting Leaders Throughout the System 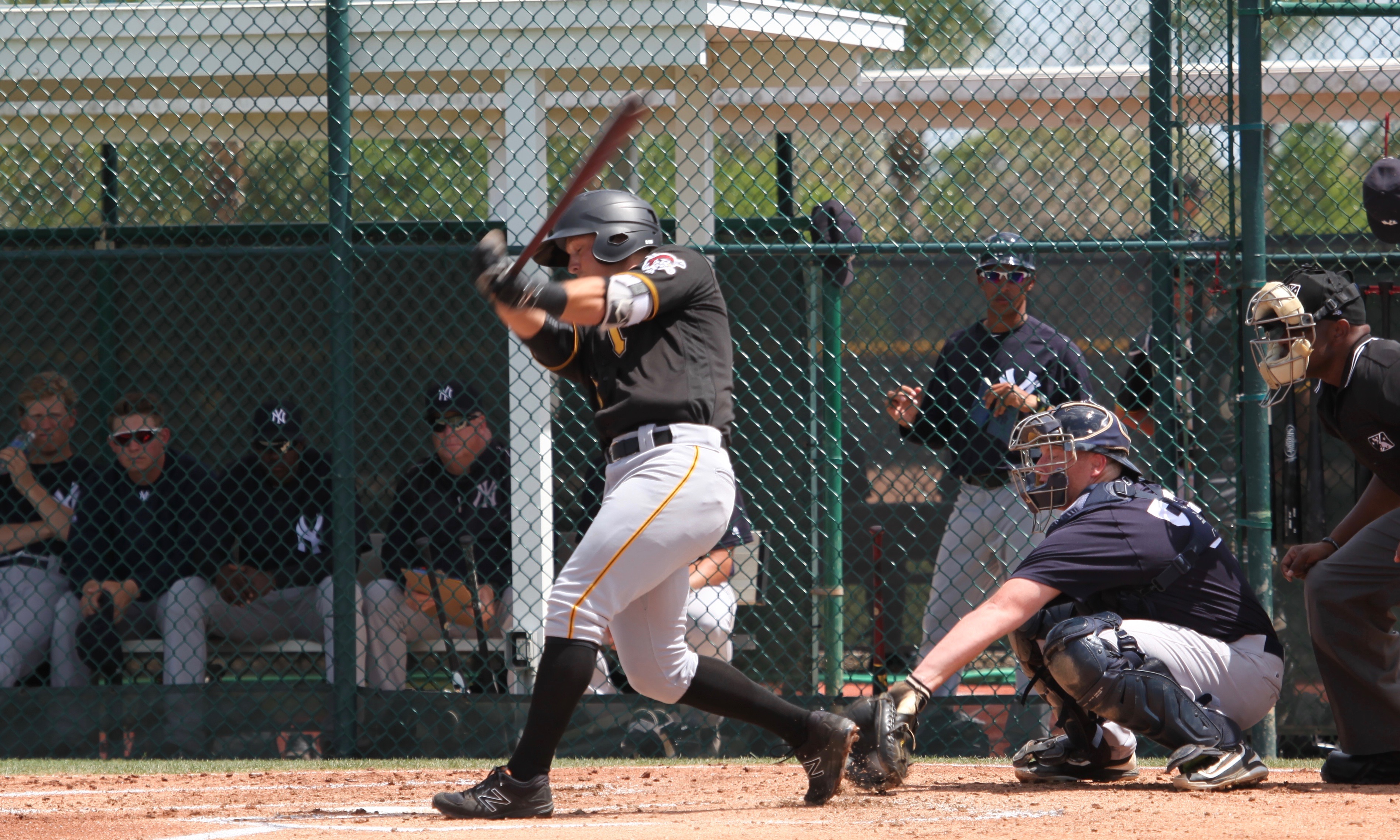 Today we take a look at the hitters for the four full-season affiliates of the Pittsburgh Pirates who are among their league leaders in various offensive categories. We are 30+ games through the season for all four teams, which is close to the 1/4th mark for the minor league season. Stats are through action on May 8th, and every player who ranks among the top ten in their league is listed below.

Of note here is how many runs Greensboro is scoring. They play in a rather neutral park that doesn’t favor hitters or pitchers, so the fact that they lead the league in runs with 18 more than the nearest team is impressive. You might also remember a few weeks ago when I wrote about how Lolo Sanchez was the only guy on the team doing well. That obviously changed in a hurry.

Today’s Starter and Notes: The Pittsburgh Pirates lost 17-4 to the St Louis Cardinals on Thursday night. Trevor Williams will get the start tonight. He has pitched at least six innings in all seven starts this year, though he has allowed a total of nine earned runs in his last two outings combined. The Cardinals will counter with veteran right-hander Adam Wainwright, who has a 4.71 ERA in 36.1 innings this season, with 29 strikeouts and a 1.35 WHIP. In his last start against the Chicago Cubs, he gave up six runs over five innings. Wainwright faced the Pirates back on April 1st and allowed four runs in four innings of work.

The minor league schedule includes the third start at Indianapolis for Dario Agrazal, who was named the International League Pitcher of the Week on Monday. He gave up two runs over 13.2 innings in his two starts. Max Kranick will try to bounce back from a poor start, as he gets the ball for Bradenton. That game will follow the completion of yesterday’s game, which was suspended due to rain in the third inning. Alex Manasa goes for Greensboro tonight. He has not allowed more than three earned runs in any start this season, but he’s facing a team with a 25-5 record today. Cam Vieaux makes his seventh start. He faced today’s opponent (Erie) on April 29th and allowed one run over seven innings.

From Altoona again because that’s the only team posting video the last few days. Here are singles from Bralin Jackson and Alfredo Reyes.

Another one. Bralin Jackson pulls us within two with a single to center.

Alfredo Reyes puts us on the board with a single up the middle.

Four former Pittsburgh Pirates players born on this date, and one trade of note, plus a little baseball history about the cities where the Pirates’ top two minor league teams play. Three of the players had brief careers with the team, including outfielder Tony Alvarez (2002, 04), pitcher Pete Schourek (1999) and infielder Al Rubeling (1943-44). The other was pitcher Russ Bauers, who played for the Pirates from 1936 until 1941. His career was derailed by multiple arm injuries, so after winning 13 games in both 1937 and 1938, Bauers seemed like he would win more than 31 games in his career, but that’s where he ended. In his six seasons with the Pirates, he had a 3.53 ERA over 553.2 innings.

On this date in 1989, the Pirates traded infielder Ken Oberkfell to the San Francisco Giants in exchange for pitcher Roger Samuels. This ended up being a one-sided trade, as Oberkfell hit .319 the rest of the way, while Samuels pitched 3.2 unsuccessful innings with the Pirates, which marked the end of his big league career.

Not many people know that Altoona was once a Major League city back in 1884. For that one season, there was a league called the Union Association, which competed with the National League and the American Association to try to win over fans. The Union Association folded after one season and Altoona has only hosted minor league teams since then, including the Pirates Double-A squad since 1999.

Indianapolis has had multiple Major League teams in their history, but none since 1914 when the Federal League shut down. Their first NL club played in 1878 and the first win in franchise history was on May 10th. Altoona’s first win was on May 10th as well, exactly six years later, and both teams won their first game while they were home. Indianapolis was called the Blues, while Altoona was known as the Mountain Citys.