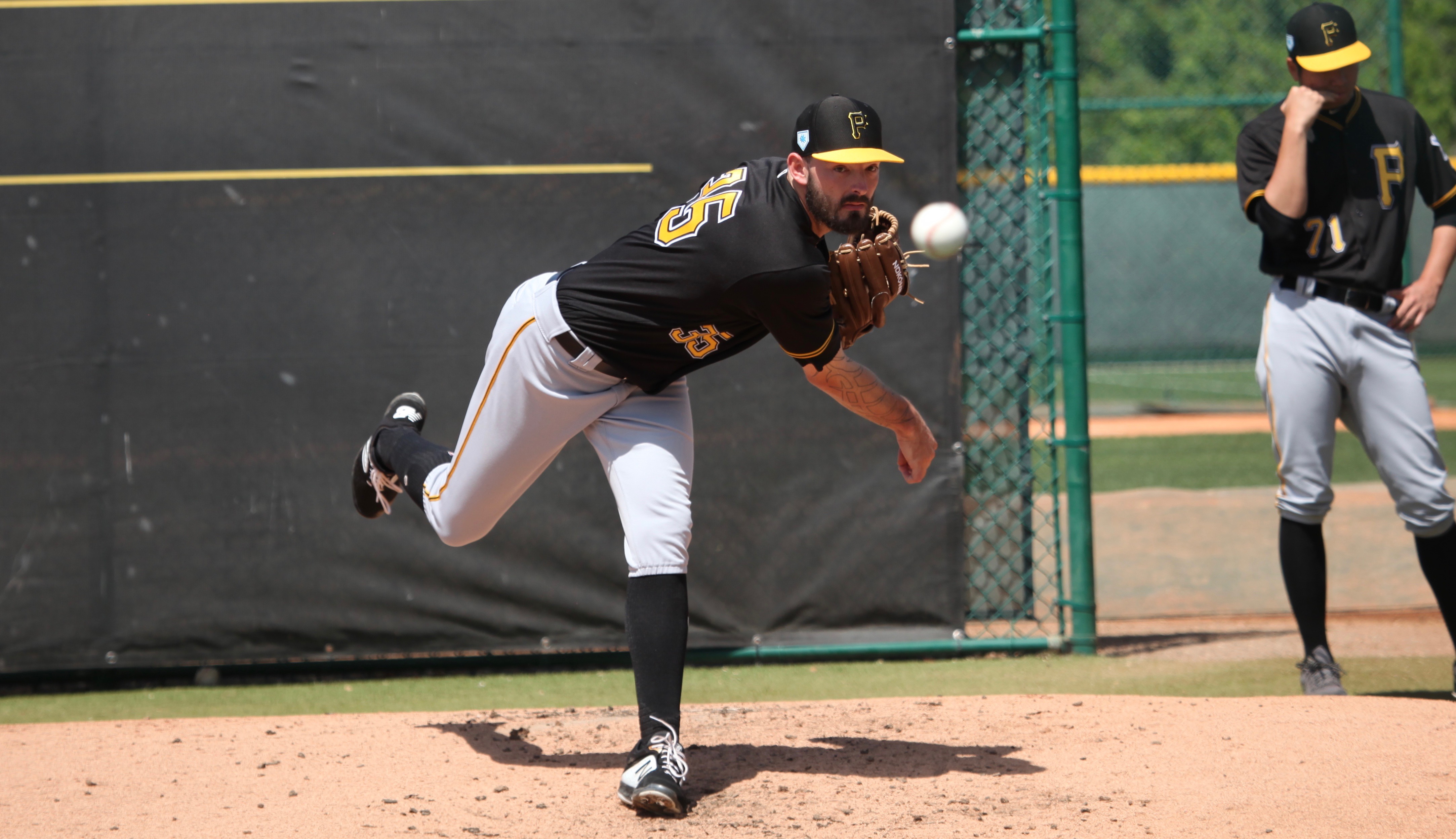 After the 2013 season, I took a look at the high total of hit batters in the minors. The Pittsburgh Pirates preached to their pitchers to pitch inside often and that led to a lot of opposing players being hit. That was especially true lower in the system, where the younger pitchers don’t have strong control. It was an article that already had some history to it, going back to 2011 and showing that the pitchers were hitting batters, while also posting low walk rates and spreading out the hit batters among all of their pitchers.

It was truly a system-wide effort to pitch effectively inside and it carried on for years…but things have changed recently.

Looking over team pitching stats, I noticed a low hit batter total for Greensboro. Then I checked the other affiliates, going all the way up to the majors. Remember back in 2015 when the Pirates were getting a reputation for hitting batters? They led the majors that year with 75 HBP. They dropped to 68 the next, then down to 58 in 2017, before rebounding to 69 hit batters in 2018, which was the ninth highest total in baseball. This year they rank tied for 17th in the majors.

In Indianapolis this season, they rank seventh as a team in hit batters. That was after leading the league last season. Altoona is tied for eighth in the Eastern League, just one hit-by-pitch above the last place team. They had the fourth most hit batters last year and placed first or second in each of the previous four seasons.

Just like Altoona, Bradenton is tied for eighth in their league. The Marauders have been slowly dropping since topping out at 94 hit batters in 2016, which was the last of six straight seasons they led the Florida State League in hit batters.

In Greensboro, they have hit just 12 batters, ranking them 12th out of 14 teams. As I mentioned above, the lower levels usually have higher numbers, but West Virginia was near the bottom of their league in hit batters in 2018, after being in the middle of the pack in 2017 and near the top in 2016. Prior to 2016, they were leading all of the minors in hit batters some years.

That change over the year would make sense if the inside pitching was cut back. Low-A would be getting the new players in the system first, while the teams above them would be getting players who were brought up through the minors being taught to pitch inside often. The further you get away from the peak years in 2011-16, the number of remaining players drops. The Pirates stopped preaching to their pitchers to keep the ball down in the zone at least two years ago, but it appears that pitching philosophy change also included getting away from pitching inside often.

Today’s Starter and Notes: The Pittsburgh Pirates defeated the St Louis Cardinals by a 2-1 score on Saturday night. Steven Brault will make his second start this afternoon. He went five days ago against the Texas Rangers and allowed two runs on two hits and three walks in four innings. His previous long outing this season was three innings. The Cardinals will counter with 24-year-old right-hander Dakota Hudson. He has a 4.63 ERA in 35 innings, with 29 strikeouts and a 1.77 WHIP. His last start was two runs over five innings against the Philadelphia Phillies five days ago.

The minor league schedule includes James Marvel trying to get back on track after his worst outing of the season. He gave up six runs on ten hits in 4.2 innings last time out. Marvel has faced Erie (today’s opponent) twice this season, giving up seven runs on 17 hits in 12.1 innings. Greenboro’s Nicholas Economos is averaging 12.7 strikeouts per nine innings, which is tops among all starters in the system. Rookie Davis goes for Indianapolis this afternoon. After walking 11 batters in his first four starts, he issued just one walk in his last two starts combined. The downside was that he still allowed ten runs on 21 hits over 11 innings in those two games. Bradenton has off today.

From Altoona, home runs from Jason Delay and Logan Hill. First with Delay

G💣NE! We've taken our first lead of the night, courtesy of @jdelay5's three-run homer. Second dinger of the year and now a four-RBI night.

Six former Pittsburgh Pirates players born on this date, including one that played eight seasons in Pittsburgh. Quickly through the players, we have relief pitcher Evan Meek (2008-12), first baseman Josh Phelps (2007), pitcher Johnny Hetki (1953-54), pitcher Hank Bowory (1950) and second baseman Harry Truby (1896). Hetki passed away at 96 years old in January. At the time, he was the second oldest living former Pirates player behind Wally Westlake.

Infielder Alex McCarthy played eight seasons in Pittsburgh, from 1910 until 1917. He was a backup most of his time, splitting time between second, third and shortstop. McCarthy played in 372 games for the Pirates, serving part of that time as the backup shortstop to Honus Wagner. He was sold to the Cubs at the end of the 1915 season and returned during the middle of the 1916 season, so he didn’t spend all of his time in Pittsburgh, despite playing eight consecutive seasons with the team. McCarthy had his contract purchased by the Pirates at the same time as his minor league teammate, Max Carey, who went on to have a Hall of Fame career.

On this date in 1884, the Pittsburgh Alleghenys defeated the Brooklyn Atlantics by a 9-6 score to sweep a three-game series. Pitcher John Fox picked up the only win he would collect for Pittsburgh in seven starts. The Alleghenys later moved to the National League and later became the Pirates, while the Atlantics joined them in the NL a few years later and eventually they became the Los Angeles Dodgers. Those three games were the first time the two franchises met.