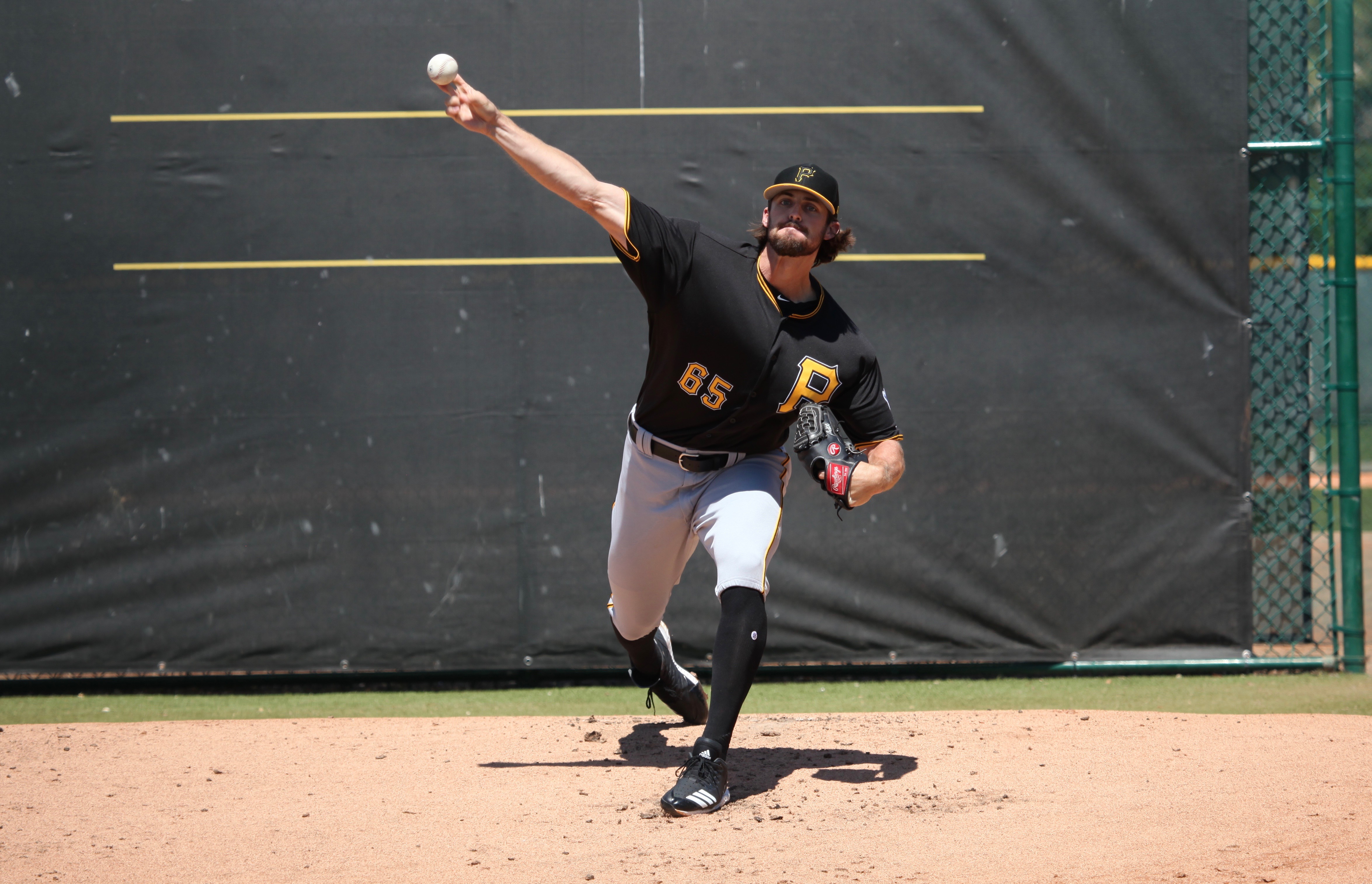 With Steven Brault and Nick Kingham going to the rotation over the past two days, the Pirates used their two long relievers in a starting role. Combined with needing ten innings out of the bullpen during those two games, they needed to arm some arms for tonight. Three pitchers (Francisco Liriano, Michael Feliz and Lyons) were used in both games, so those first two likely aren’t available tonight.

The 27-year-old DuRapau was a 32nd round pick, who was once among our top 50 prospects until he was suspended for failing a test for drug of abuse for a second time back in early 2018. Between that somewhat recent issue and the fact that he was being carried as an extra pitcher in Indianapolis just weeks ago (meaning not on the active roster), he is a rather surprising call-up.

That doesn’t mean that he didn’t earn his way to the majors though with on field performances. He doesn’t have the best stuff, but he has a bulldog mentality on the mound and attacks hitters, mixing his pitches well and location his pitches. DuRapau has given up just one earned run this season in 14.1 innings, with 18 strikeouts, a .111 BAA and an 0.70 WHIP.

Holmes has struggled in the change to relief, so I wouldn’t be surprised if his addition was short-term. He can provide innings though, so that’s the role I expect him to fill for now. He has a 6.32 ERA in 15.2 innings, with 15 walks and a 2.04 WHIP. He did much better as a starter in Triple-A, and he still has a promising mix of pitches, but the control has really hurt him this year.

Lyons pitched just three games for the Pirates after being added to the 40-man roster on May 4th. He allowed five runs over his four innings of work.