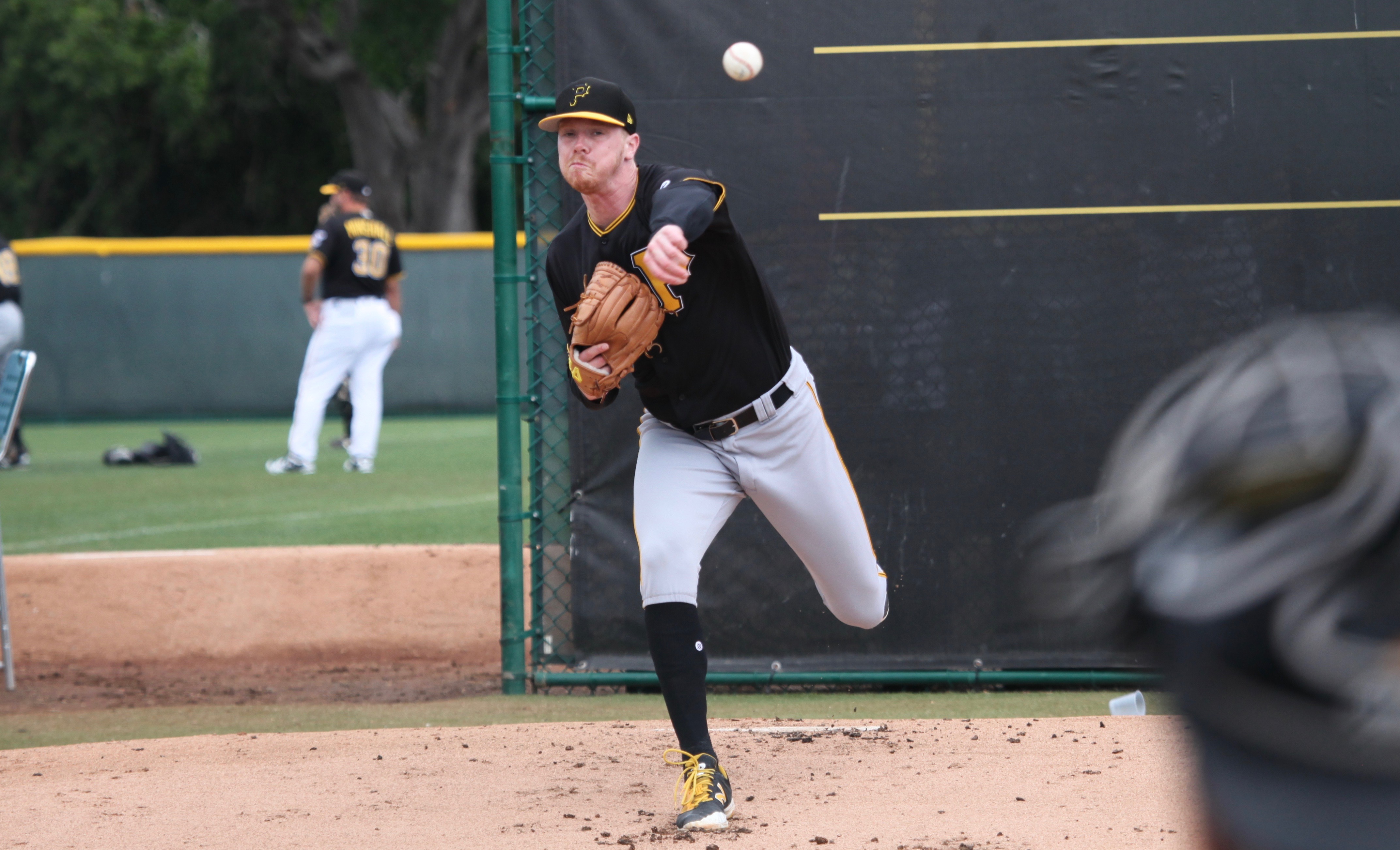 Indianapolis lost 7-4 to Scranton. Dario Agrazal couldn’t continue his early run of Triple-A success. After three excellent starts in a row, he gave up five runs on five hits and three walks in 3.2 innings. Luis Escobar stranded an inherited runner in the fourth, but got touched up for two runs in the fifth inning. Sean Keselica put in some nice work after that, facing the minimum over three scoreless innings. Tyler Lyons tossed a scoreless ninth.

The Indians had a chance to win the game in the bottom of the ninth. After Will Craig walked with the bases loaded, Kevin Kramer came up with a chance at a walk-off grand slam. He ended up striking out to end the game. Technically the Indians get an extra chance to win, as the Scranton catcher dropped a pop up that would have ended the game.

In the eighth inning, Craig hit a two-run homer, his tenth of the season. Craig, Kramer and JB Shuck each had two hits. Pablo Reyes, who is off to a rough start with Indianapolis (.136 average), hit his first double. Ke’Bryan Hayes had a single, two walks and his sixth stolen base. The opposing starting pitcher was Drew Hutchison.

Altoona won 8-1 over Harrisburg. Cam Vieaux got the start and it ended up being his best of the season. He went seven innings, giving up one unearned run on six hits, with one walk, five strikeouts and an 11:5 GO/AO ratio. He now has a 2.84 ERA through 44.1 innings this season. Matt Eckelman, who was briefly promoted to Indianapolis, tossed two shutout innings in his return to Altoona.

Hunter Owen got the Curve on the board early with a three-run homer in the first inning, his ninth home run of the year. Owen also added his tenth double later in the game. Mitchell Tolman had a big game in the lead-off spot, going 3-for-3 with his third home run. He also walked and scored three runs. Logan Hill had two hits and scored three runs. Arden Pabst drove in Hill twice, once on a double and once on a sacrifice fly. Bligh Madris hit his ninth double.

Bradenton lost 13-7 to Fort Myers. The Marauders trailed 7-3 at one point in this game before Robbie Glendinning tied the score with a fifth inning grand slam. From that point on, Ft Myers controlled the game. Besides Glendinning’s fifth home run of the season, Bradenton also got a two-run homer from Chris Sharpe and a solo homer from Lucas Tancas. It was the fourth of the season for Sharpe and second for Tancas. Randolph Gassaway and Raul Hernandez each had a pair of hits. Travis Swaggerty had a single, walk and two runs scored.

Oddy Nunez got the start and was knocked out early, giving up five runs (three earned) over 2.2 innings. Gavin Wallace allowed two runs on six hits in 2.2 innings, leaving after he was ejected for a pitch throw behind a batter. Glendinning and manager Wyatt Toregas were also ejected at the same time. Logan Stoelke followed with one run over 1.1 innings, before Ryan Valdes gave up five runs in the last two innings.

Greensboro lost 4-1 to first place Delmarva. Nicholas Economos started and got charged with the loss, but he added to his impressive strikeout rate. He gave up two runs (one earned) on six hits and a walk in five innings. Economos recorded 11 of his 15 outs on strikeouts. Coming into the day, he led all starters in the system with 12.7 strikeouts per nine innings. He has now struck out 50 batters in just 32.2 innings. Joe Jacques allowed two runs over 2.2 innings, before giving way to newcomer Cristofer Melendez, who struck out three batters in his 1.1 scoreless frames.

The Grasshoppers scored just one run and it came on a first inning wild pitch that scored Lolo Sanchez. Five players picked up one hit each and they were all singles. Pat Dorrian and Fabricio Macias each had a hit and a walk. Sanchez picked up an outfield assist. Kyle Mottice was the only player not to strike out. He has just two strikeouts in 34 plate appearances.