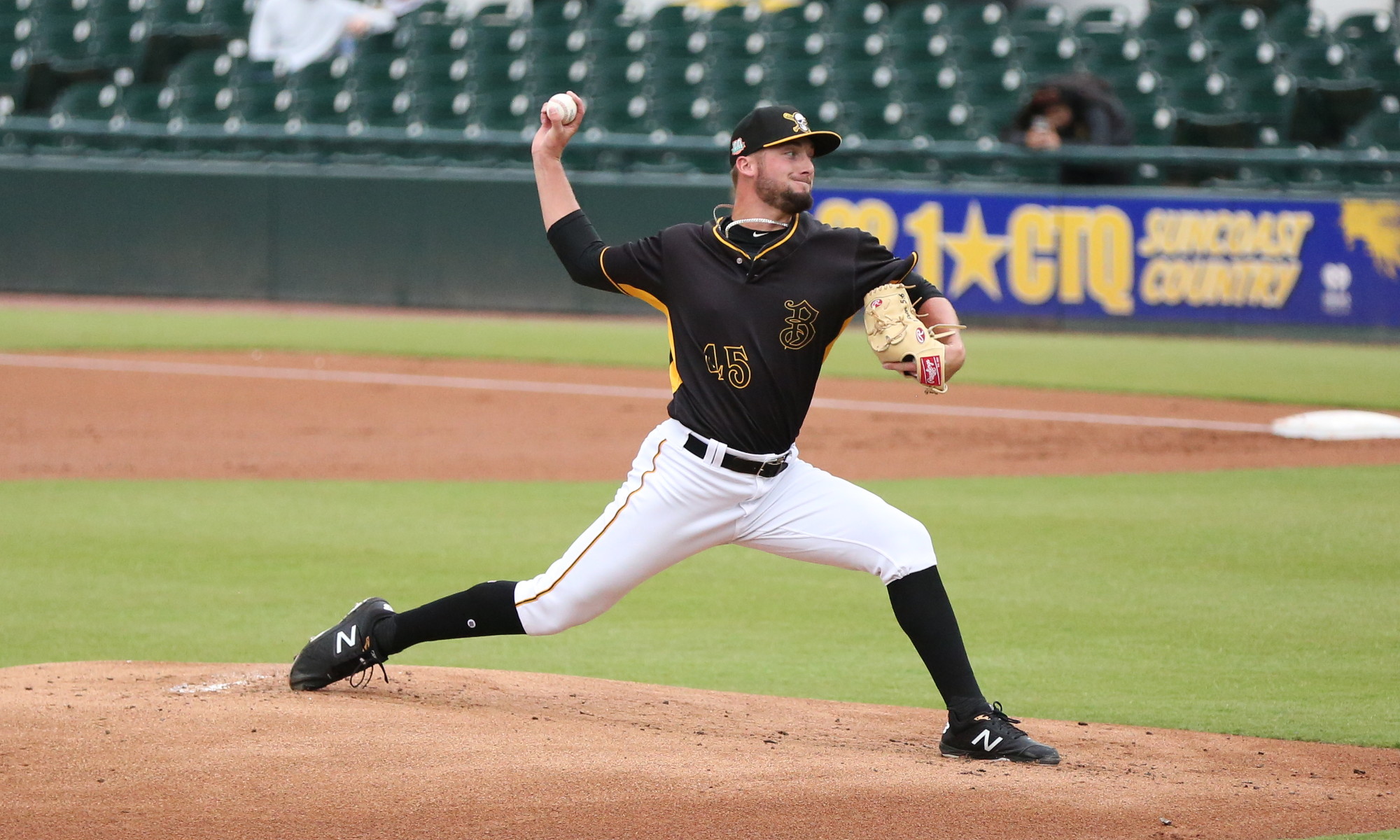 Indianapolis won 3-1 over Columbus. Dario Agrazal seemed like a possible option for the Pirates on Friday night, but he stayed in Triple-A and put together another strong outing. Agrazal allowed one run on five hits, with no walks and four strikeouts, in six innings. He had an 8:3 GO/AO ratio and threw 63 of 89 pitches for strikes. He now has a 2.59 ERA and an 0.86 WHIP in 31.1 innings with Indianapolis. Tyler Lyons had an impressive seventh inning, striking out the side on 11 pitches. Richard Rodriguez followed with two shutout innings on one hit, with no walks and three strikeouts.

Corey Dickerson played his first rehab game with Indianapolis. Serving as the DH, he went 0-for-4 with two strikeouts. Kevin Kramer had the big hit in this game, breaking a 1-1 tie with a two-run double in the eighth inning. It was his 14th double. Jacob Stallings hit his ninth double in just 47 at-bats. Pablo Reyes, who was hitting .095 coming into the day (4-for-42), collected three singles. Ke’Bryan Hayes had a single, walk and run scored.

Altoona lost 1-0 to last place Portland. James Marvel had a tough task for someone facing a Double-A lineup. Portland had Dustin Pedroia, Cody Asche and Brock Holt in the lineup, giving them three MLB players with 2,460 games of experience at the upper level. Marvel was up to the task, allowing one run on two hits and three walks in 6.2 innings, while striking out eight batters. Blake Weiman followed and went 1.1 innings despite facing just three batters. He picked off an inherited runner to end the seventh, then set down the side in order in the eighth, two by strikeouts.

The offense for Altoona has been dead this entire week. Jerrick Suiter had the only three RBIs in their previous three games combined. On Friday, they had three singles and two walks and that’s it. Bligh Madris had a single and a walk. Suiter and Logan Hill had the other hits.

Bradenton lost 2-1 against Tampa. Cody Bolton had a strong start after being named to the Florida State League All-Star game on Friday. He went six innings, allowing two runs on five hits, with no walks and eight strikeouts. Bolton had a 5:2 GO/AO ratio and threw 63 of 96 pitches for strikes. He was using his slider often for strikeouts and had a lot of success with it against left-handed batters. The run he allowed in the first inning could have been prevented with better routes in the outfield, but the third inning run came on two hard hits.

Samuel Reyes tossed a scoreless inning, giving him a season ERA of 0.38, with one earned run in 23.2 innings. He has 28 strikeouts and an 0.63 WHIP. Austin Coley made his second appearance and tossed two shutout innings on one hit and one walk, with two strikeouts. He threw a shutout frame in his debut earlier this week. Coley had not previously pitched since August 1st last year due to injuries.

The lone Marauders run came in the fourth inning on a Lucas Tancas double, followed by a Deon Stafford single. Tancas had two doubles in the game, giving him a team-leading 14 doubles on the season. Calvin Mitchell had a loud double off of the wall in the first inning, his tenth double of the season. He also had a broken bat single that went against the shift. Travis Swaggerty had a single and got it on a play similar to Mitchell’s single. Swaggerty tried to check his swing, but he hit the ball down the third base line instead, with the third baseman over in the shortstop position. The Marauders had 13 strikeouts and went 1-for-9 with runners in scoring position.

Greensboro won 7-5 over West Virginia, giving them nine straight victories. Steven Jennings got the start and went six innings, allowing four runs (two earned) on six hits, with no walks and six strikeouts. He threw 54 of 81 pitches for strikes. Jennings now has a 6.11 ERA in 45.2 innings, with 45 strikeouts. Will Gardner followed with 1.2 scoreless innings. Conner Loeprich allowed one run in 1.1 innings. Yerry De Los Santos struck out the side on 12 pitches in the ninth for his second save. He has given up one hit in 6.2 scoreless innings since joining Greensboro.

Ji-Hwan Bae had himself quite a night in his second game played since returning from his suspension. Bae had four hits, including his first double. He stole his third base, scored twice and drove in a pair of runs. Rodolfo Castro and Lolo Sanchez each had three hits. scored a run and recorded an RBI. Castro hit his 11th double, while Sanchez had his eighth two-bagger. Castro walked and stole his fourth base, while Sanchez was thrown out stealing twice. Mason Martin hit his 11th double.