Prospect Watch: Strong Starting Pitching All Around Leads to Wins for All Four Affiliates 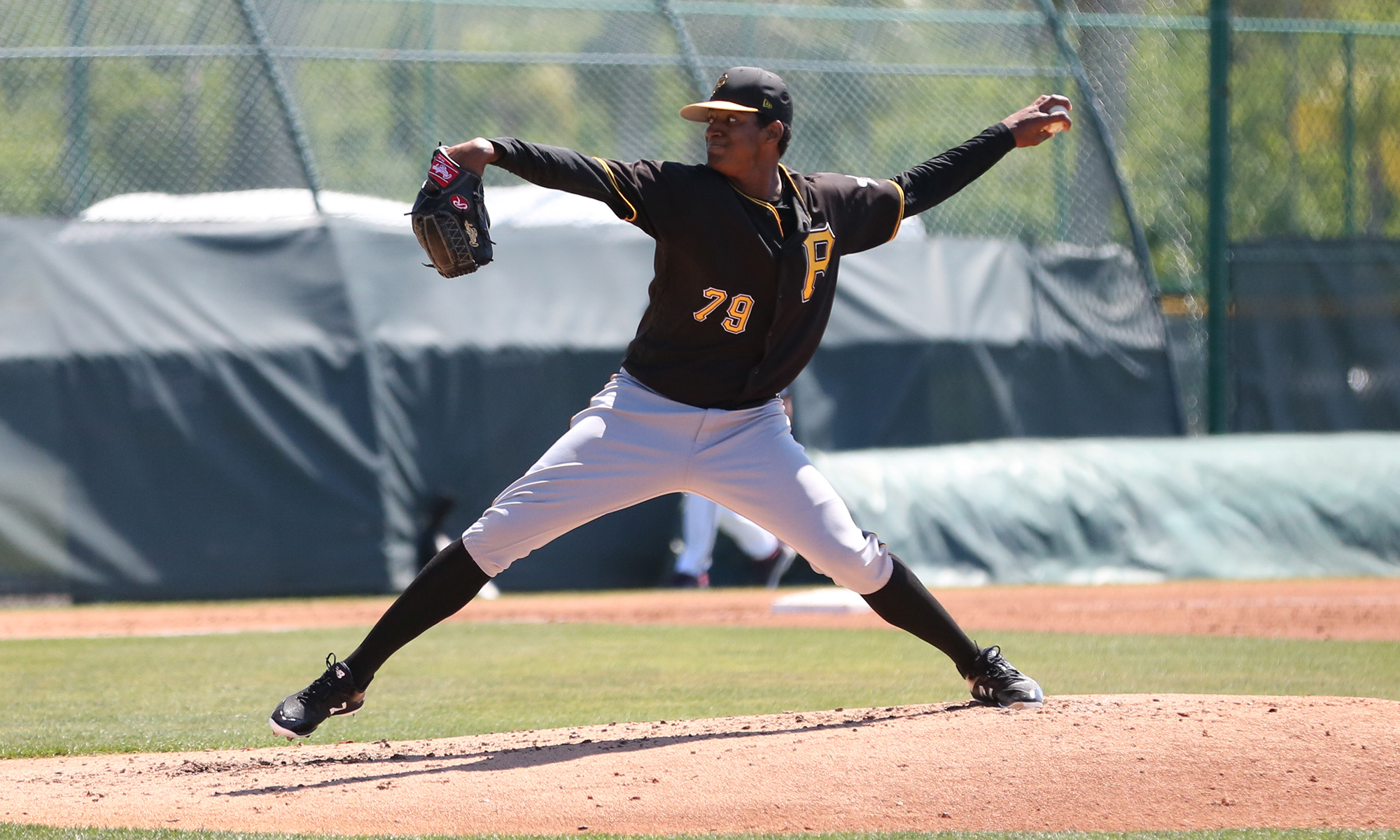 Indianapolis won 7-1 over Norfolk. Rookie Davis picked up his first win with the Indians by putting up his best start. He went seven innings, allowing one run on eight hits and a walk, while striking out four batters. He threw 68 of 99 pitches for strikes. Jake Brentz followed with two shutout innings to finish out the game. He has given up just one run over 17 innings this year.

The Indians had seven extra-base hits in the game. Jose Osuna hit his first home run of the season, a two-run shot in the first inning. Ke’Bryan Hayes hit his 16th double, which leads his league and all Pirates. Kevin Kramer hit his 11th double, while Jacob Stallings doubled twice, giving him seven in just 35 at-bats. Pablo Reyes and Jason Martin each added doubles. Eric Wood had two hits and an RBI.

Altoona won 8-2 over Harrisburg. James Marvel hasn’t pitched well recently after dominating during the early part of the season. His last two starts have seen him give up 14 runs over ten innings. He was able to get back on track tonight with two runs on five hits and a walk in six innings. He now has a 4.13 ERA in 52.1 innings this season. Joel Cesar tossed two shutout innings and struck out four batters. Matt Eckelman worked a quick ninth inning, striking out two batters.

The Curve had their first rally of the game started by a double off the bat of Marvel. The big hit of their five-run third inning was a two-run triple by Arden Pabst. They added three more runs in the eighth, starting with a bases loaded hit-by-pitch with Jared Oliva up, followed by a two-run single from Mitchell Tolman. Logan Hill, Hunter Owen and Jerrick Suiter each had two hits. Suiter scored twice and drove in a run.

Bradenton won 6-4 over Palm Beach. Domingo Robles got the start and pitched seven strong innings, giving up two runs on six hits, with no walks and four strikeouts. He threw 70 of 95 pitches for strikes. Robles now has a 2.57 ERA through 56 innings. This was his ninth start of the season and his eighth on the road. Shea Murray allowed two runs in the eighth, then Nick Mears handled the ninth for his first save with the Marauders.

Travis Swaggerty and Calvin Mitchell each had big games at the plate. Swaggerty reached base four times on two walks, a single and his second triple. Mitchell had three hits, including his eighth double. That snapped a 2-for-25 stretch over his last six games. He scored twice and drove in a pair of runs. Robbie Glendinning picked up two RBIs, while Lucas Tancas and Dylan Busby each drove in a run.

Greensboro won 4-0 over Lakewood. Brad Case got the start, coming off of being named our Player of the Week and the South Atlantic League Pitcher of the Week. His last start was seven near perfect innings, with the only blemish being a bloop single in the seventh inning. He was nearly as good tonight, once again tossing seven shutout innings, with no walks and a career high eight strikeouts. Case now has a 1.63 ERA in 49.2 innings, with a 38:2 SO/BB ratio. Braeden Ogle threw just 17 pitches to get the final six outs, which included one batter reaching on an error. He has allowed two runs over 11 innings in his last eight appearances combined.

The Grasshoppers got on the board in the fourth inning on a sacrifice fly by Pat Dorrian. They got two runs in the sixth on an inside-the-park home run from Lolo Sanchez. It’s his fourth home run of the season. They added a fourth run in the seventh inning on a Raul Siri double. The only other hits were singles by Mason Martin and Fabricio Macias. Kyle Mottice reached base twice on walks and scored a run. He also stole his sixth base in just his 11th game.

After the game, Nicholas Economos was promoted to Bradenton to replace the injured Oddy Nunez (back strain). Before the game, Justin Harrer replaced Jonah Davis on the roster. Harrer has been mentioned often as the best performing hitter in Extended Spring Training this season, while Davis had a .461 OPS and 40 strikeouts in 84 at-bats.