Prospect Watch: Will Craig and Pablo Reyes Homer for Indianapolis 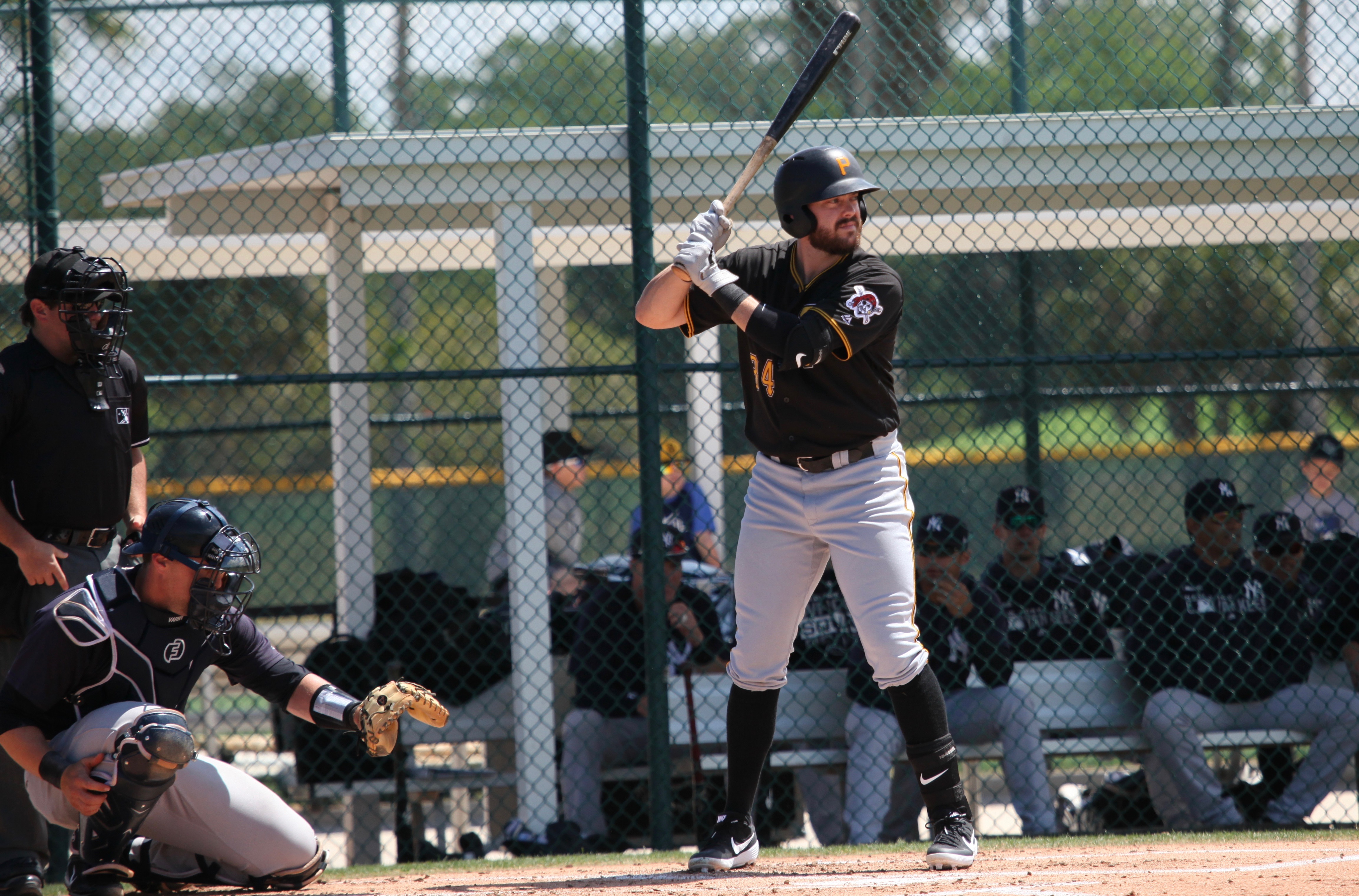 Indianapolis lost 9-4 to Charlotte tonight. Eduardo Vera continued to struggle, giving up seven earned runs over 4.1 innings. He allowed nine hits, walked one and struck out two batters. Vera had a 6:1 GO/AO ratio and threw 67 of 96 pitches for strikes. Sean Keselica tossed 2.2 scoreless innings, though he allowed two inherited runners from Vera to score. Michael Feliz gave up one run over two innings.

The offense put up just four runs, but there were some noteworthy hits in the game. Ke’Bryan Hayes hit his 19th double, which leads all Pirates and the International League. Will Craig hit his 15th home run, which is tied with Mason Martin for most in the system. Pablo Reyes continued his recent hot streak with a two-run homer in the third inning. Jason Martin reached base three times on two singles and a walk. He went 2-for-3 with two walks on Sunday to break a slide that saw his average drop to .212 since being demoted from the Pirates. He’s added 30 points to that in the last two days.

Altoona lost 6-5 to Trenton. Domingo Robles made his Double-A debut in a game delayed an hour by rain. He went five innings, giving up three runs (two earned) on seven hits and a walk. He had six strikeouts, a 6:2 GO/AO ratio, and threw 53 of 84 pitches for strikes. Yeudy Garcia followed with three runs on six hits and a walk in two innings. Vicente Campos took the eighth inning and retired the side in order.

The Curve scored all five runs in the fourth inning, giving them a four-run lead at the time. All of those runs/runners came after the first two batters of the inning were retired. Arden Pabst got the scoring started with a two-run single with the bases loaded. That was followed by a two-run triple from Bralin Jackson, who then scored on a Brett Pope single. Pope went 3-for-3 with his second stolen base. The Curve had a total of nine base runners in the game, with six of them reaching consecutively in that fourth inning.

Bradenton defeated Lakeland by an 8-5 score. Max Kranick got the start and overcame some tough luck early to put together a decent performance that looked better live than on paper. Kranick gave up a pair of infield singles in the second inning, then allowed a home run to put him in an early 3-0 hole. He allowed another home run in the third inning, which was followed by him facing the minimum over the last 4.1 innings. He allowed just a ground ball single, which was quickly erased on a double play. Kranick had no walks, seven strikeouts, an 8:3 GO/AO ratio and he threw 61 of 94 pitches for strikes. His slider was very effective and he had a string in one of the middle innings where he was hitting 96 MPH on every pitch, with some tailing action to his fastball. Gavin Wallace threw a scoreless eighth and Nick Mears allowed a harmless run in the ninth.

The big hit of the game was a Chris Sharpe grand slam, his fifth home run of the season. He has hit well since being snubbed for the All-Star game, now holding an OPS higher than his fellow outfielders Travis Swaggerty and Calvin Mitchell, who were both selected to the AS team. Robbie Glendinning hit his 12th double, singled, walked and drove in a run. The aforementioned Calvin Mitchell had two hits and his 29th RBI. Dylan Busby had a triple, walk and two runs scored.

Greensboro lost 4-3 to Hickory. Brad Case got the start and gave up back-to-back solo homers in the first inning, then cruised the rest of the way, finishing with two runs on three hits and no walks in 5.1 innings. He had four strikeouts, a 5:3 GO/AO ratio and threw 64 of 91 pitches for strikes. Case has a 2.21 ERA through ten starts, with a 46:2 SO/BB ratio. Will Gardner followed with 1.2 scoreless innings and Conner Loeprich took the loss due to two unearned runs in the eighth inning.

The Grasshoppers got on the board first with an RBI single from Michael Gretler. They tied the game in the seventh on a Zac Susi sacrifice fly, then took the lead briefly in the top of the eighth on a Fabricio Macias home run, his seventh of the season. Macias also singled, giving him the only multi-hit game. Mason Martin had a single, two walks and a run scored. Brett Kinneman hit his sixth double and walked.