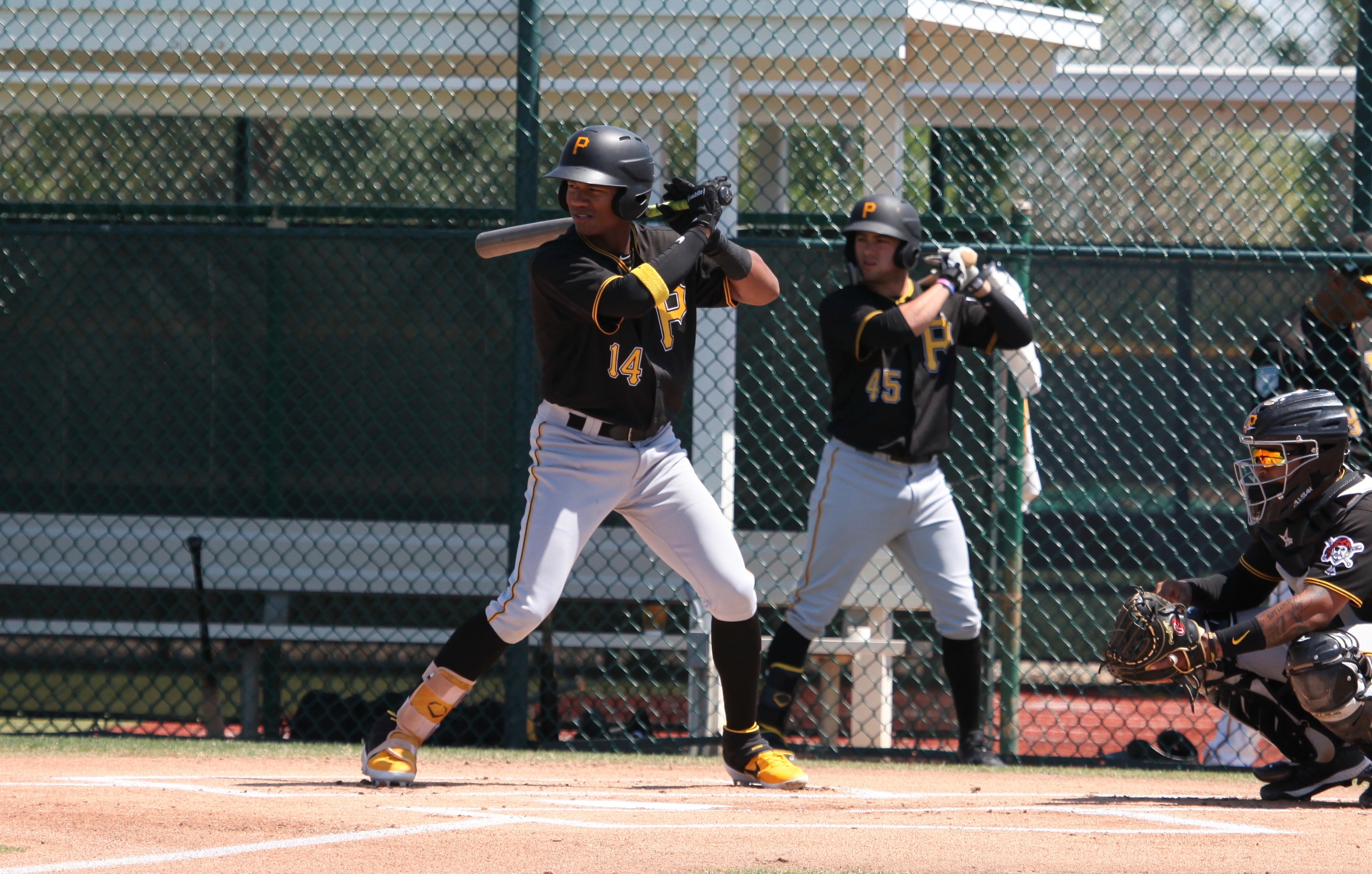 The Gulf Coast League season begins on Monday, with a 56-game schedule for the GCL Pirates. The Pittsburgh Pirates are sending a talented group to the GCL this season, split between 2019 draft picks and some of the top prospects from the 2018 Dominican Summer League team. This roster is going to be changing as the season goes along, with possibly more draft picks added before the July 12th signing deadline, as well as potential promotions from the current DSL teams, which we saw happen a few times last year.

The GCL has a slightly shorter schedule than before, with the fewest games played among all nine affiliates of the Pirates. They play from June 24 until August 31st, with Sundays off and even a few days off during the week throughout the schedule. Last year on those days, the players were involved in camp days with exhibition games, so some of the progress being made by players during the season didn’t show up on paper.

The top prospect for the GCL Pirates will be first round pick Quinn Priester. The 18-year-old right-hander out of Illinois was selected 18th overall and received a $3,400,000 bonus. He throws a low-90s fastball that tops out at 97 MPH, with a potential plus curveball and a changeup that will get some work during the GCL season. For reference, GCL prep pitchers usually see 20-30 innings in their first season, so that’s where you should expect him to end up.

Priester signed exactly two weeks before the start of the GCL season, so we could see him get into games earlier in the season than normal. The Pirates will slowly build pitchers back up, with their first pro appearance usually consisting of two innings, or approximately 35 pitches if they leave the game earlier.

After Priester, the biggest draft pick going to the GCL was taken just 19 spots later. Outfielder Sammy Siani is a lefty bat with above average speed and solid defense. He’s a contact oriented hitter, who hasn’t really tapped into his power yet, but he should get on base at a high clip, where he can use his speed to take some extra bases. The 18-year-old from Pennsylvania signed for $2,150,000 on June 14th.

Two other high school picks will be of high interest during this GCL season. Outfielder Jase Bowen and right-handed pitcher Ryan Harbin each signed on Wednesday. Bowen was the 11th round pick and received $392,500, while Harbin was taken in the 17th round and received $397,500 to sign. Bowen was an athletic two-sport star in high school, who gave up a scholarship to Michigan State to go pro. Harbin showed a ton of progress late in the season, getting his fastball up to 94 MPH.

Other draft picks headed to the GCL are 22nd round pick Andres Alvarez, 34th rounder Dylan Shockley, 36th rounder Jake Sweeney, 37th rounder CJ Dandeneau and 39th round pick Daniel Ross. Alvarez is a shortstop, Shockley is a catcher and the rest are pitchers.

On the international side, seven of the top ten prospects from the two 2017 DSL Pirates squads will be on the GCL Pirates. That group is led by outfielders Juan Pie and Angel Basabe (pictured above), two 18-year-old lefty bats with high upside. Basabe is the better defender and has more speed, while Pie has the better bat right now. These two should end up as top 50 prospects by the end of the year, but just how high they go will partially depend on how they look in the GCL this season. Along with Siani and Bowen, this is an extremely interesting/high upside outfield for 2019.

A fifth outfielder could be interesting too. Carlos Canache from Venezuela was considered one of the top prospects in his country when he signed last August and he’s debuting in the United States at 18 years old.

You also have infielders Yoyner Fajardo, Emilson Rosado and Norkis Marcos who were ranked (in order) fourth, seventh and eighth on that 2018 DSL top ten list. Marcos and Rosado were signed at 16 years old on July 2nd for six-figure bonuses. Fajardo was signed in the following March at was already a month shy of his 19th birthday at the time. He ended up as the best hitter on either DSL club. Rosado is one to watch this season due to his power potential. He hit just one home run last year, but don’t be surprised if the 6’3″, 230 slugger shows more power this season. Marcos is a patient hitter, with solid defense and shortstop and speed on the bases.

Pitchers Bryan Torres and Estalin Ortiz are quite contrasting styles. Torres is two years younger, and he’s a right-hander with four pitches, who is still filling out. Ortiz is a 20-year-old 6’4″ lefty, who throws hard. Torres is a control pitcher, who gets a lot of soft contact. Ortiz is a power pitcher, who gets his share of strikeouts and occasionally has control issues. Both have upside that we could see come out this season.

Another pitcher to watch is 18-year-old Wilkin Ramos, who was acquired in a trade for Tanner Anderson over the off-season. Ramos is a 6’5″, right-hander with plenty of room to fill out. He already throws low-90s. He was signed by the Oakland A’s for $300,000, which was their bonus limit due to MLB penalties for going over their bonus pool the previous year. He was considered the best pitcher signed by the A’s that year.

Other possible intriguing international players include third baseman Tilsaimy Melfor from Curacao, middle infielder Edgar Barrios and pitcher Angel Suero. Melfor was a top prospect in Curacao when he signed. He started off great with the Pirates before a shoulder injury sidetracked his season. Barrios is a small speedy player with solid defense, who played in the Colombian winter league against older competition this past off-season. He also had a strong track record as an amateur. Suero was a top pitching prospect going into the 2017 season, but an arm injury, followed by control issues that didn’t exist before the injury, have both slowed down his progress. He’s still just 19 years old, so there is time to get back to where he was in early 2017.

As I mentioned, they will probably have some changes throughout the season, especially with international pitchers possibly joining the team mid-season. There could also be more draft picks on the way. The core young talent on the team right now consists of four 2019 draft picks and seven of the top ten international prospects.