Injury Impact to the Pirates’ Payroll 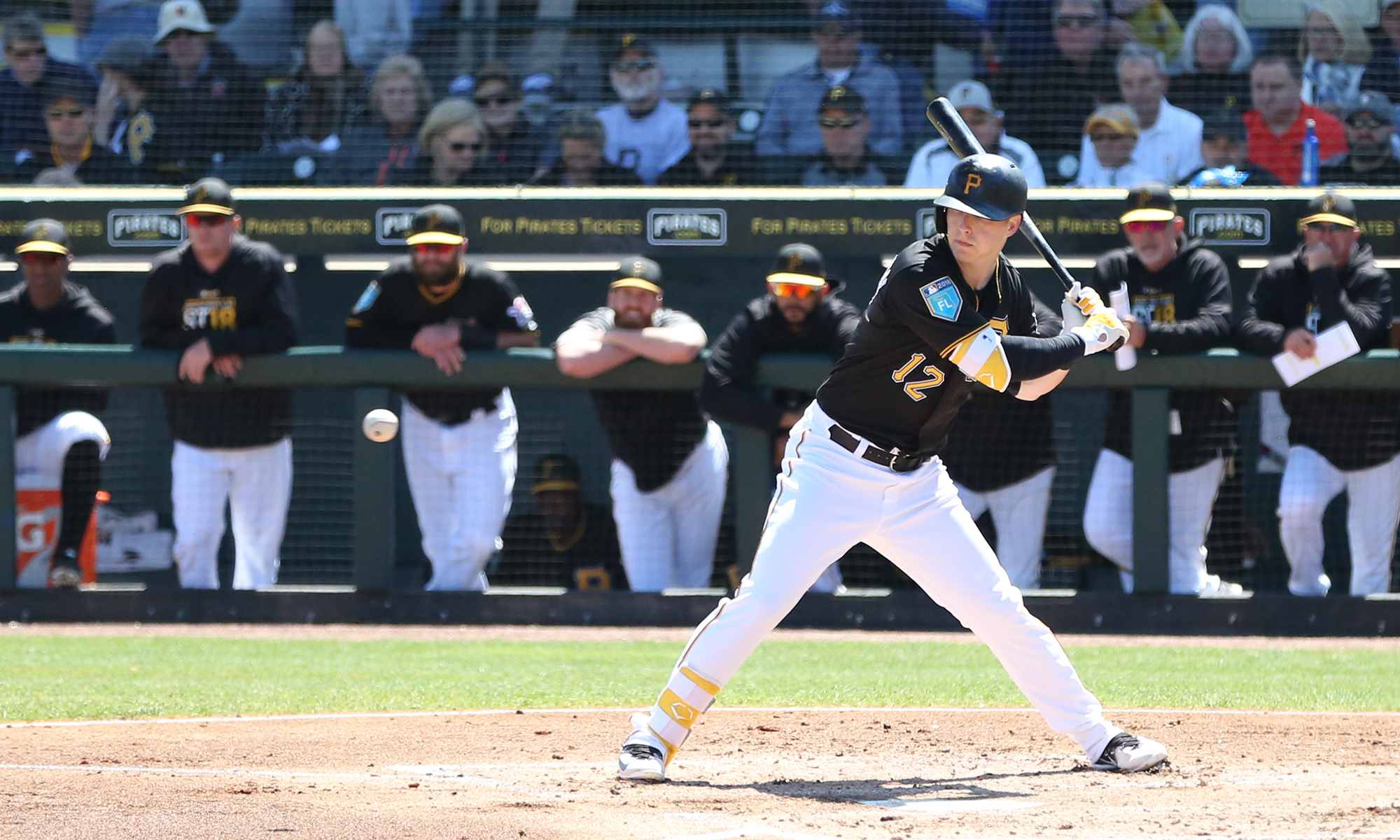 It’s no secret—injuries have significantly derailed the Pirates’ season. Many weren’t overly hopeful about the team’s chances this year, but many predicted at least a strong chance to finish above .500, as the team was largely the same as last season and it’s a feat they achieved then.

While the club knew about and could prepare for a few significant injuries before the season—such as Gregory Polanco—it would be hard for any team to plan for the bevy of injuries that have hit the Pirates since Opening Day. Finding replacements for Chad Kuhl, Edgar Santana, and Polanco is one thing, but 22 players, including the club’s most important players like Corey Dickerson, Jameson Taillon, and Chris Archer? There’s no depth chart in the league with that many major league caliber players at the ready, and no payroll able to sustain it either.

Speaking of which, the Pirates’ chances haven’t been the only thing affected by injuries—payroll has as well.

More often than not, injuries artificially raise a payroll figure. Since players continue to get paid while they are on the IL—any length, it doesn’t make a difference—teams end up paying two players for one spot. Whether it’s a temporary stopgap from Triple-A, or a player from outside the organization, payroll is going to go up; how much depends on how long any given player is out for.

So, how much has the Pirates payroll been affected this season? To determine that, a baseline must first be set. In order to do this, I came up with a roster for the beginning of the season as if players were healthy and ready to go. While I didn’t include Polanco, Kuhl, or Santana—as their availability for the season was already known—everyone else was fair game. Here’s the roster I settled on:

*The Pirates, having tendered contracts to Dario Agrazal and Jake Barrett, were responsible for their salaries, despite designating both for assignment. Also, despite a non-guaranteed minor league deal, Tom Koehler has an option for 2020, so his buyout is factored in.

That’s 45 players as a starting point, but what about the payroll? Well, according to my payroll calculations, that theoretical figure would be $74,901,100. From that starting point, let’s analyze the moves made due to injury, and how they impact payroll on a move-to-move basis. Keep in mind, when tracking payroll in-season, I look at every move as if it will be the last. So, when I say that a certain move had a certain impact on payroll, that’s looking forward to the end of the season. Also, all transactions and payroll figures are as of 6/4.

First, let’s look at the injuries before the season even started:

Chisenhall was hit in the hand during the second-to-last game before the season, and the Pirates didn’t commit to Shuck as his replacement until the last second. Otherwise, his $700,000 salary would have never been on the books. Also, the Pirates had to designate Slegers to clear a spot, but like Agrazal and Barrett, they were still responsible for his salary.

This was very similar to the Chisenhall situation, in that Brault wouldn’t have made the roster if Lyles didn’t need to build up his pitch count before the season. This meant the difference between a minor league and major league salary for Brault and the Pirates.

I was hesitant to not include Diaz and his virus with the injuries that were already known, as it was more apparent he was going to miss time as Spring Training went on, but I ultimately added Reyes as a replacement. You can quibble with who this final bench spot would have went to, but it wouldn’t make a huge difference payroll wise.

The Pirates were burnt by the CBA—Article XIX (C)(2)(b) to be exact—which states:

(2) Notwithstanding Section C(1) above, a Player who is injured and not able to play may be assigned to a Minor League club:

Basically, even though Osuna had little-to-no chance of opening the season in the majors, since he hadn’t been optioned on or before the 16th day prior to the season, he had to open the season on the Major League Injured List, meaning he’d be paid a major league salary.

It seems the injuries to start the season were a sign of things to come. Here’s is a rundown of all the injuries during the season, and how they affected the payroll:

Since both players were earning major league salaries already, so these moves didn’t result in a change to payroll.

Beware of pitching machines folks. Despite never leaving the bench, Kramer made roughly $15,000 in 5 days.

Here’s our first real stunner. Like Martin, Tucker is making a nice salary compared to his $45,300 minor league allotment.

One man’s clavicle surgery is another man’s 40-man roster spot and astronomical pay raise. Reynolds is obviously making the most of the opportunity as well.

until he gained it right back the very next day after Burdi’s ugly injury.

Feliz’s situation is interesting. In his agreement with the team to avoid arbitration, Feliz received a split-contract. This is probably a more common practice than we know of, but it more than likely just goes unreported. Basically, if Feliz is in the minors, he makes a prorated $375,000 salary, while a spot in the majors pays him $850,000.

Fortunately, González didn’t cost the team much in the long run, as the time off seemed to reinvigorate Marte.

Word is Newman will be using a tee for the foreseeable future.

Elbow troubles not only forced Pittsburgh into a collective breath holding contest, but also into a string of roster moves. Lyons was added to the roster to take Taillon’s place, and despite the fact it was probably higher, this only assumes a major league minimum salary since an official one was never announced. In order to clear a spot on the roster for Lyons, Shuck had to be designated. Since he ended up clearing waivers and accepting his assignment, the Pirates are still on the hook for his entire salary. He had the option to refuse the assignment, but he would have given up the money in that scenario. Finally, Neverauskas was brought back to fill the spot voided by Shuck.

Much like Taillon, Kela was replaced by a player not on the 40-man roster. Much like Shuck, Lyons had the opportunity to refuse his assignment, but chose the guaranteed salary instead.

(2) Any Player whose contract is assigned outright to a Minor League club for the second time or any subsequent time in his career may elect, in lieu of accepting such assignment, to become a free agent

(3) A Player who becomes a free agent under this Article XX(D) shall immediately be eligible to negotiate and contract with any Club without any restrictions or qualifications, and shall not be entitled to receive termination pay

At first, I didn’t have the acquisition of Stratton on this list, but it probably makes sense to have him. Without Burdi’s injury there wouldn’t have been a spot for him and the team was desperate for pitching.

The team is tied to Elmore’s contract at this point after selecting him from Triple-A.

It turns out that maybe Archer should have stayed out a bit longer.

This was an odd situation, as it was never announced that Stallings was designated or placed on any kind of waivers; either way, he accepted his assignment, so there’s no change to payroll.

Another move I was unsure of including, as it was not necessitated by injury, merely possible because of it.

Stallings time off the roster wasn’t long, as he had to be added back as a backup catcher, unfortunately due to another concussion for Cervelli. After clearing waivers and accepting his assignment, the Pirates are on the hook for the rest of Elmore’s contract.

Yet another move made possible by an initially unforeseen long stint on the IL.

Of course, these numbers aren’t representative of the total change in payroll during the season, as I only analyzed moves necessitated by or made because of injury. Also, some may be able to quibble with whether moves were actually due to injury or not, but I think this gives a good snapshot of showing just how a single transaction can affect payroll on a day-to-day basis, and how just injuries themselves can really affect it.

Forget the captions—I used almost 350 words summarizing the injury transactions. In fact, the optioning of Richard Rodríguez on May 17th was the first move of the season that wasn’t necessitated by injury. That’s just the kind of season it’s been for the Pirates.

The fact that they’ve been able to weather the storm and perform the way they have is impressive, but I don’t think this is the “spending to win” that many fans have in mind.

Why not Castro at 1st? Why do you think Malcom…