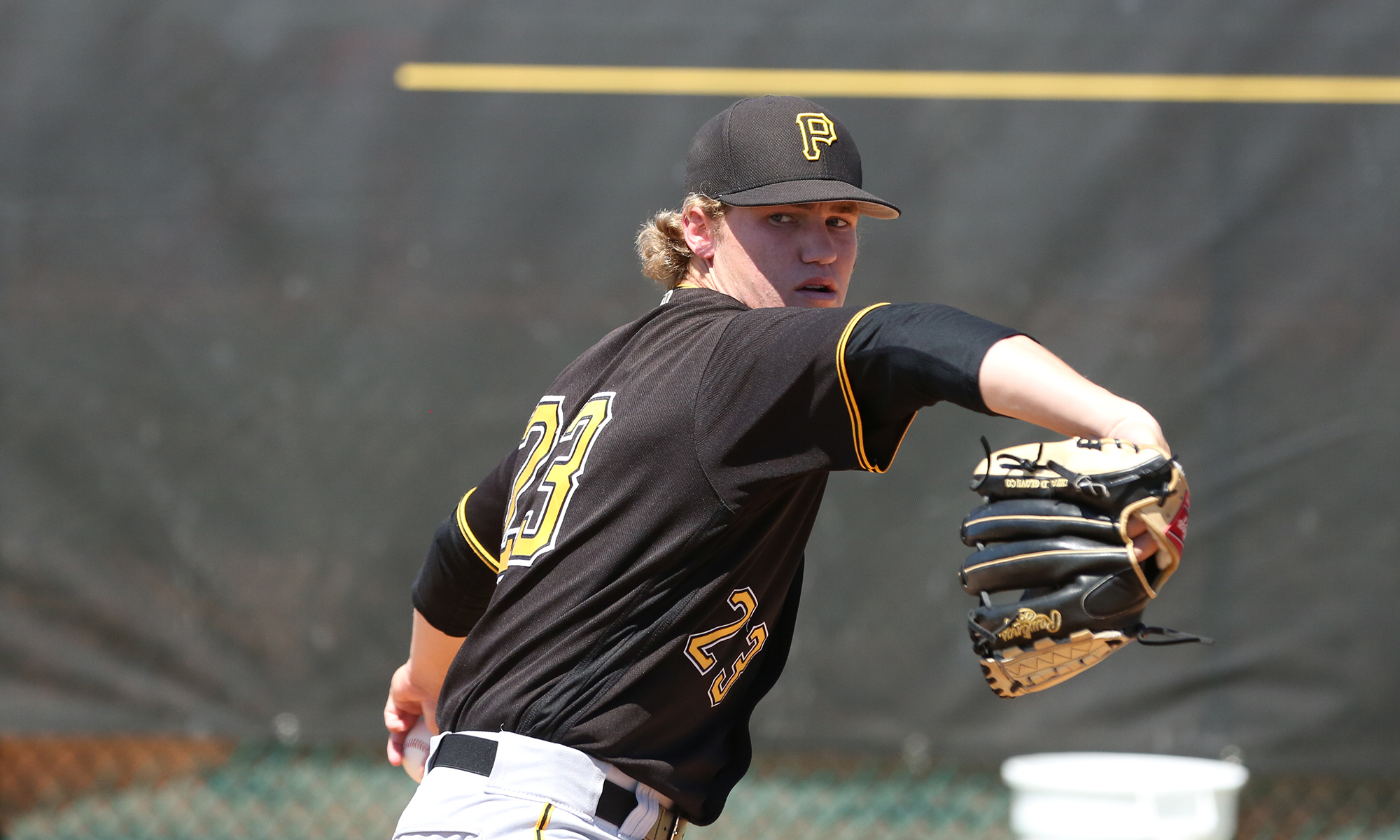 The Pittsburgh Pirates have promoted 21-year-old left-hander Braeden Ogle to the Bradenton Marauders. The 2016 fourth round pick has been pitching in relief this season for the Greensboro Grasshoppers.

Ogle missed almost all of last season due to shoulder inflammation, which came back again during his rehab. He wasn’t originally supposed to miss a lot of time, but once it returned, his rehab process was slowed down. He pitched a total of 17 innings last year, so after making two early season starts this year, the Pirates decided to move him to relief full-time to help limit his innings.

Two other moves occurred today. Right-handed pitcher Cody Smith, who was the 39th round pick last year, took the place of Ogle in the Greensboro bullpen. Smith pitched two games this year for Morgantown, giving up one run on one hit and one walk in four innings. He had five strikeouts in two innings during his debut.

Jesus Liranzo was moved from Indianapolis to Altoona. The hard-throwing reliever was recently dropped from the 40-man roster, so things keep going downhill for him. Despite a fastball that has reached 101 MPH, Liranzo has an 8.36 ERA and a 1.89 WHIP in 28 innings this season.

If you missed the transaction update from the Morning Report today, then this is news to you. Tate Scioneaux and Vicente Campos were released yesterday. Scioneaux had not pitched in over a month and had a 12.75 ERA and a 2.17 WHIP when he did pitch this season. This was the third season at Altoona for the 2015 39th round pick. Campos was signed as a free agent in the off-season and had a 4.85 ERA and a 1.62 WHIP in 26 innings over 20 appearances for the Curve.