Morning Report: Checking in on the Unsigned 2018 Draft Picks 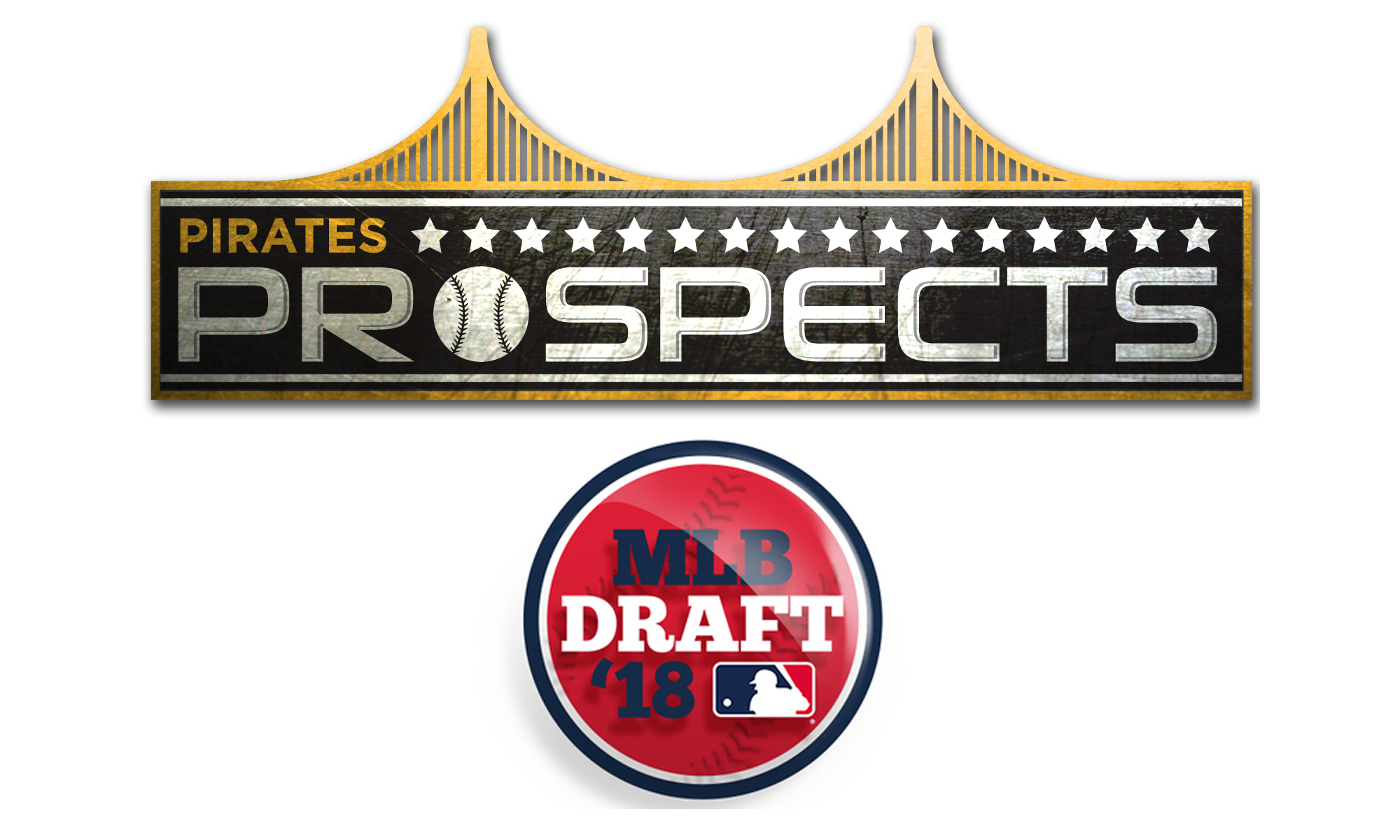 The Pittsburgh Pirates signed 33 of their 41 draft picks from the 2018 draft. The group of eight unsigned picks includes 36th overall pick Gunnar Hoglund, one college player and six late round high school players. Here’s a look at how they did over the last year.

Hoglund didn’t sign with the Pirates due to issues with his physical. He went to Ole Miss, where he didn’t seem to have any issues, pitching a total of 66 innings over 15 starts and one relief appearance. For a freshman at a major college, he has put up solid numbers. Hoglund (his team is still playing) has a 4.64 ERA, with 13 walks, 52 strikeouts and a .275 BAA.

You had to go all the way down to the 22nd round for the next unsigned pick. That was outfielder Jason Brandow, who had a commitment to Cal State Fullerton. In 32 games and 90 at-bats, he hit .256/.316/.422 as a freshman. He had seven walks and 35 strikeouts, but again, for a freshman at a major college, his overall stats were fine.

Prep shortstop Tyler Miller was taken in the 23rd round and he had a commitment to East Mississippi CC. He put up some big stats, hitting .336/.383/.599 in 41 games and had just 17 strikeouts. Obviously there is a huge difference between his school and the other two players, but those are still strong stats. Going to JUCO route also made him eligible for this year’s draft, but he was not selected.

In the 26th round, the Pirates took Vanderbilt second baseman Ethan Paul. If you followed the draft this year, you probably already know that he was taken in the ninth round by the Pirates. As a senior, he will sign shortly after the season ends for Vanderbilt.

Skip to the 29th round and outfielder Giovanni DiGiacomo chose LSU over the Pirates. He is still playing, but so far he has made 32 starts and played in 51 games total. DiGiacomo is hitting .280/.384/.341 in 132 at-bats, with one homer and six stolen bases. He too has a high strikeout rate (45 K’s), but again, for a freshman at a major college, he’s having a good season.

In the 34th round, the Pirates took Clemson commit Davis Sharpe. The young third baseman has actually performed outstanding on the mound, jumping right into the rotation and posting a 3.20 ERA in 84.1 innings, with 84 strikeouts and a .205 BAA. He’s also hit well, batting .264/.377/.364 in 129 at-bats. The draft bonus cap makes it difficult to say a certain player is the one who got away. Sharpe wouldn’t have been available in the 34th round without the bonus cap system in place, but it still looks like he has huge potential, possibly as a two-way player, so this might sting down the line.

Outfielder Emanuel Andrews, taken, in the 36th round had a Fresno State commitment. His season just ended a few days ago and he hit .290/.402/.362 in 82 plate appearances over 39 games. A small sample size, but (stop me if you’ve heard this before) he’s at a major college and held his own as a freshman.

Finally, 37th round pick, outfielder Lavoisier Fisher didn’t have a commitment listed during the draft last year. He ended up going to Georgia Highlands College, where he hit .277/.415/.473 in 50 games, with 26 steals in 28 attempts. He was the fifth best hitter on his team, but add in the steals and he would probably jump over the player just ahead of him on that list. As a JUCO player, he was draft-eligible this year and not taken.

When you look at this group, there isn’t a single player who had a disappointing 2019 season. The Pirates spent all of their bonus pool money last year, plus they went over 5% and paid the tax penalty on that amount. Except for Hoglund, the other players had a $125,000 bonus cap with their draft spot, which obviously wasn’t enough for any of them to sign.

Altoona is in fourth place in their division, 8.5 games back with 12 games remaining in the first half.

Bradenton is in second place in their division, one game back with nine games remaining in the first half.

Greensboro is in second place in their division, 6.5 games back with nine games remaining in the schedule.

Today’s Starter and Notes: The Pittsburgh Pirates lost 10-4 to the Milwaukee Brewers on Friday night. The Pirates will send out Jordan Lyles for his 12th start of the season today. His last start came against the Brewers six days ago and he allowed four runs over six innings. Lyles has given up 13 runs over his last 15.2 innings. The Brewers will counter with right-hander Zach Davies, who has a 2.20 ERA in 69.2 innings, with 45 strikeouts and a 1.22 WHIP. Davies opposed Lyles in that last start and allowed two runs over eight innings. His prior outing was six shutout innings. He has a 2.70 ERA in five home starts.

The minor league schedule includes two doubleheaders. Indianapolis will send out Eduardo Vera for one game and then a spot starter in the second content. Vera has allowed at least four runs in each of his last four starts. Altoona will send out James Marvel and Domingo Robles in their doubleheader. Robles has already thrown 73 innings this season. He hasn’t allowed more than three runs in any of his last nine starts. Marvel will be making his seventh home start. He has a 5.35 ERA at home and 2.35 on the road. Hunter Stratton is scheduled to go for Bradenton. He just moved into the rotation, giving up one run over four innings in his lone start. He has a .175 BAA and an 0.98 WHIP. No starter is listed for Greensboro, who will be filling the spot left vacant by the promotion of Brad Case.

From Greensboro to Bradenton, here are eight strikeout pitches from Brad Case, who is scheduled to make his High-A debut tomorrow

In honor of @brad_queso getting called up to the @The_Marauders, here is a highlight video of him striking out 8 batters. He went 7IP, gave up 6 hits, and 0 runs during this game. Congratulations Brad! Well deserved! pic.twitter.com/eVlSmaNKb8

Arden Pabst homered for the second game in a row, after going two months without a home run to start the season.

Goodbye, Mr. Rawlings!@arden_pabst slugs his second homer of the series.

Three former Pittsburgh Pirates players born on this date, plus a trade of note and a game from 1989 that went bad for the Pirates and one of their announcers. First the players, and there is one that spent ten seasons in Pittsburgh. Pitcher George Brunet (1970 Pirates) and pitcher Scott Ruskin (1990), share a birthday with pitcher Don Robinson, who played for the Pirates from 1978 until 1987. Robinson wasn’t just a good pitcher, he was also one of the better hitting pitchers. He won three Silver Slugger awards during his career. Robinson won 65 games for the Pirates, and in 1979 when the Pirates won the World Series, the team went 18-7 in his starts. He was traded to the Giants in 1987 for Mackey Sasser and cash.

On this date in 1928, the Pirates traded catcher Johnny Gooch and first baseman Joe Harris to Brooklyn for catcher Charlie Hargreaves. Gooch played eight years in Pittsburgh and was the catcher for two World Series teams in 1925 and 1927. Harris was a .317 career hitter at the time and hitting .391 in limited action in 1928, but the Pirates must have seen the writing on the wall, as he hit .236 the rest of the season and never played in the big leagues again. The Pirates ended up getting the better part of the deal, but not by much. Hargreaves was a starter in 1928 and 1929, then became a seldom-used bench player in 1930, his last season in the majors.

On this date in 1989, the Pirates took a ten run lead in the top of the first inning and announcer Jim Rooker promised to walk home from Philadelphia if the Pirates blew the lead. He may have wanted to wait a little bit because the Phillies had their offense going and they were only down by four before the fourth inning ended. They went on to defeat the Pirates by a 15-11 score and Rooker did the walk from Philly to Pittsburgh for charity in the off-season, which was the only good thing that came from the game for the Pirates. The boxscore can be found here.