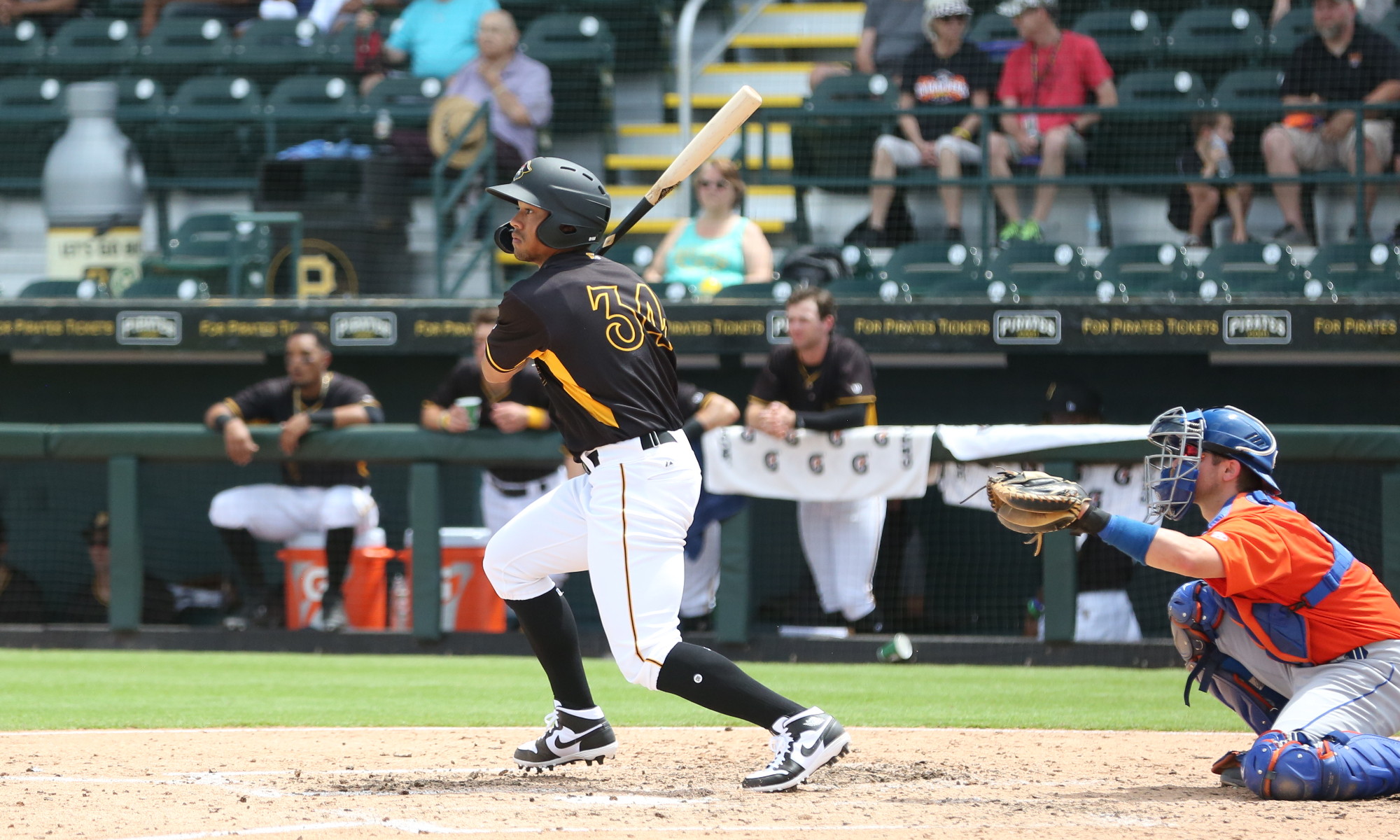 Indianapolis lost 14-6 to Buffalo. Cam Vieaux has been able to put up solid numbers with Indianapolis despite some poor control. After walking 11 batters in his first 15 innings, things didn’t look any better on Wednesday afternoon, yet he still had a decent outing. Over five innings, Vieaux allowed two runs on five hits and five walks, with six strikeouts. He needed 102 pitches to get through his outing, with just 55 going for strikes. Jesus Liranzo pitched the sixth and it was a disaster. He allowed five hits, including two homers, leading to six earned runs.

Brandon Waddell did fine in the seventh and eighth, with an unearned run scoring. He came out for the ninth but things went bad, with the first five batters reaching base and scoring. JB Shuck finished the game, recording the final three outs on two hits and a walk, allowing three inherited runs to score, but no runs charged to him. He was throwing 88-91 with a mediocre breaking ball and average control.

Indianapolis was in the game early, with a two-run single from Kevin Kramer in the third inning that gave them a 2-1 lead. In the fourth, JB Shuck made it 3-1 with an RBI triple. That was followed by an RBI single from Eric Wood, an RBI double from Cole Tucker and an RBI ground out from Nick Franklin. That 6-1 lead quickly disappeared. Shuck had a double, triple, walk and two runs scored.

Altoona lost 6-1 to Portland. Sean Brady had a solid start, going seven innings, with two runs on three hits and three walks, with five strikeouts. He has pitched well in four of his last five starts (seven runs in 26.2 innings), but his other three starts since joining Altoona have been poor performances (15 runs in 17 innings). Vicente Campos followed and gave up four runs (three earned) in two innings.

The Curve had nine hits, three walks and two hit batters, but they were limited to one run. They went 2-for-12 with runners in scoring position. Logan Hill had two hits, including his 19th double, which was their only extra-base hit. Bligh Madris, Mitchell Tolman and Brett Pope each had two hits. Tolman also added a walk, while Pope stole his third base. Jason Delay had one hit, but it brought in Hill with the lone run.

Bradenton had their game on Tuesday night stopped with a 1-0 lead in the bottom of the third. Nicholas Economos pitched 2.2 scoreless innings, but left two runners on base. He walked four batters. When the game restarted on Wednesday morning, Samuel Reyes was on the mound and he allowed one of the inherited runs to score. He ended up having his worst outing of the season, giving up three runs over 2.2 innings. He also got the favor returned, as Joe Jacques allowed two inherited runners from Reyes to score. Jacques went 2.2 innings and allowed a run of his own.

The Marauders got their run on Tuesday night via the 13th home run of the season from Dylan Busby. In the fifth inning, Adrian Valerio added a second run on his second home run of the season. Robbie Glendinning belted his eighth home run to lead-off the ninth, but that’s all that the Marauders would get in a 5-3 loss. Travis Swaggerty went 0-for-3 with two walks and three strikeouts. Daniel Amaral hit his eighth double, while Calvin Mitchell went 1-for-4 with his 12th double. Chris Sharpe collected his second triple. Besides the home run, Valerio also stole two bases in the game to give him six steals on the season.

In game two, Max Kranick had a great looking start, giving up one run on five hits, with no walks and five strikeouts, in 6.1 innings. The only run he allowed came in the first inning on a triple that was misplayed in center field by Travis Swaggerty, who had a long run to the fly ball, but got there in time and over-ran it. It hit off of his glove and rolled to the wall. Kranick was mixing his pitches well, and throw a lot of strikes (64 of 90 pitches for strikes). He did all of that despite a rain delay of 25 minutes in the third inning. Ryan Valdes recorded the final two outs and picked up the win.

Before Calvin Mitchell stepped to the plate in the bottom of the seventh with two outs, the Marauders had no runs. He battled with the pitcher, fouling off multiple pitches before slugging a two-run homer down the right field line. His seventh home run of the season scored Robbie Glendinning, who just missed a home run to tie it, settling for his 16th double. Mitchell, Dylan Busby, Daniel Amaral and Raul Hernandez each had two hits.

Greensboro had their game canceled due to rain. They were one out away from the game being official when the rain began and were unable to resume play. All stats from the game have been wiped out (sorry Alex Manasa with your 4.2 shutout innings of one-hit ball). The game will not be made up.

The DSL Pirates1 lost 9-3 to the Cubs1. Andy Maldonado made his second start and things went poorly for the second time. He allowed seven runs in two innings of work today. In his debut, he was knocked out of the game in the second inning. He has walked six batters and hasn’t picked up his first strikeout yet. Mario Garcia put a band-aid on the game quickly, throwing five shutout innings in relief. Wilkin Valdez followed with two runs in the final inning.

The Pirates loaded the bases in the first inning, but settled for just one run on a bases loaded single by Dariel Lopez ($400,000). In the seventh inning, Lopez would score the next run on a passed ball. That was followed by an RBI single from Rayber Romero and an RBI double by Jauri Custodio. Lopez had three hits in the game to give him a .333 average.