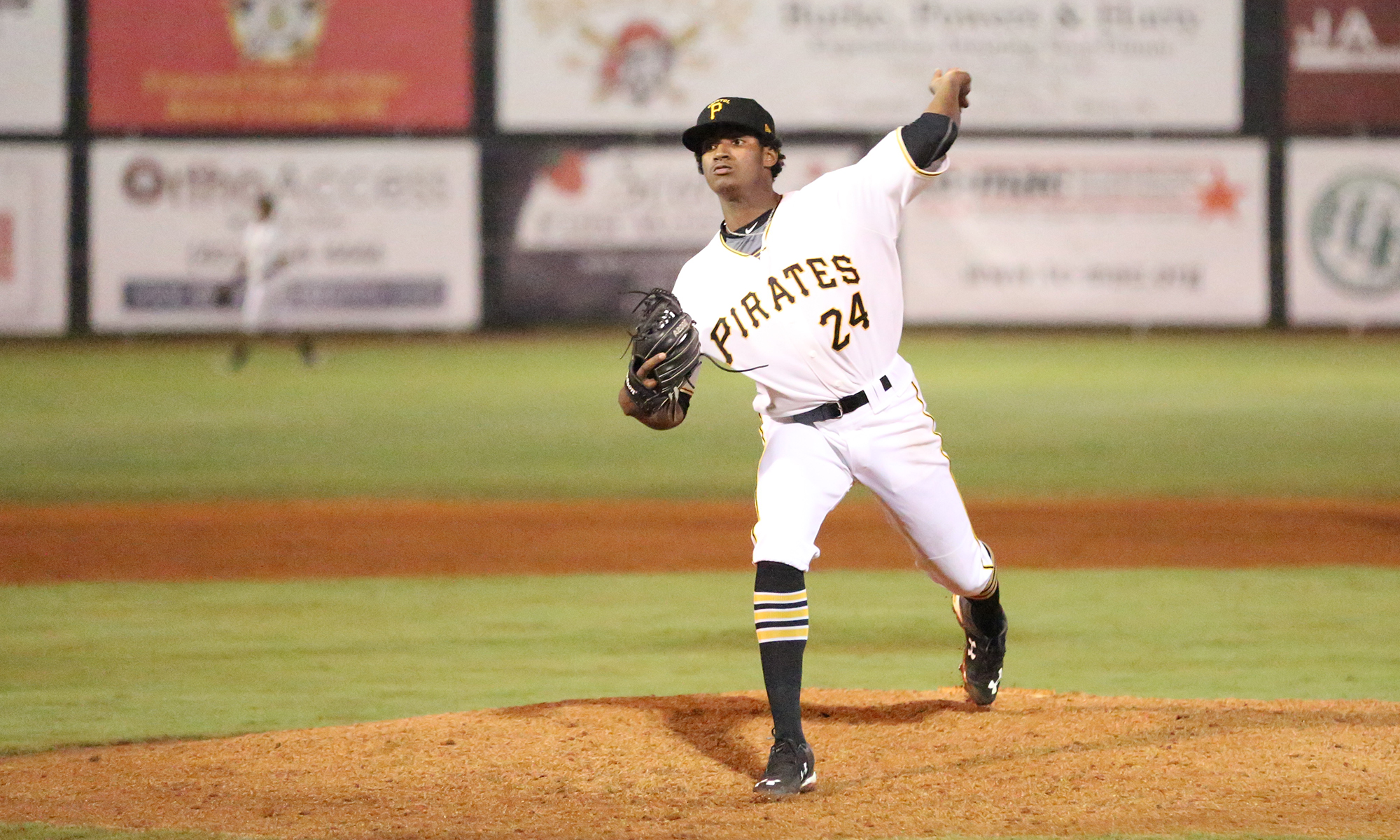 Indianapolis lost the first game of its doubleheader with Toledo, 3-2, in eight innings.  The Indians managed only five hits and no walks.  They got their only runs in the third.  Ke’Bryan Hayes came around after a walk on a wild pitch, his eighth stolen base and a wild throw.  Pablo Reyes later drove in a run with his ninth double.  Jake Elmore was the only player with two hits, going 2-for-3 with his 14th double.

Starter Eduardo Vera broke a string of four poor starts, allowing just two runs over seven innings.  He gave up eight hits, walked two and struck out three.  After the Indians failed to bring home the free runner in the top of the eighth, Sean Keselica gave up an RBI single to the first batter he faced, ending the game.

Indy got thrashed in the second game, 8-2.  Yefry Ramirez made his first start since the Pirates claimed him and it didn’t go well.  He lasted three and a third innings, giving up five hits, including two longballs.  He was charged with four runs, although two were unearned.  Brandon Waddell gave up the other four runs, including a home run that drove in two of Ramirez’ runners.  Indy had only six hits, with Kevin Kramer and Reyes each going 2-for-3.  Kramer hit his 16th double and Reyes’ hits were both doubles, giving him 11.

Altoona got a complete game, seven-inning shutout from Domingo Robles and beat Akron, 6-0, in the first game of a doubleheader.  Robles allowed just four hits and walked nobody, while striking out three.  He needed only 77 pitches in all.  Akron got runners to second just twice and none to third.

Logan Hill led the Altoona offense with four RBIs on a bases-loaded triple and a bases-loaded walk.  The Curve had only six hits but benefited from seven walks.  Jared Oliva was 2-for-4.  Hill and Ryan Peurifoy each reached base three times on a hit and two walks.

The Curve also took game two, this time 2-1.  They trailed, 1-0, going into the sixth, but an RBI double by Oliva drove in Bralin Jackson, who had singled.  The double was followed by a single by Mitchell Tolman to put Altoona up.  The Curve won despite getting out-hit, 9-3; the hits that produced the rally were the only ones.  James Marvel came within one out of his own seven-inning complete game.  Blake Weiman came on with the bases loaded to record a strikeout and pick up the save.  Marvel managed to allow only the one run despite nine hits and four walks.  He fanned five.  Marvel was rescued by four double plays.

Bradenton took a 4-0 lead in the first, but the bats fell silent afterward and the Marauders lost to Dunedin, 6-4.  The Bradenton pitchers were done in by control troubles, walking a dozen batters.  Starter Hunter Stratton survived three walks in the first, but he got knocked out with two outs in the third.  He was charged with four runs on three hits and four walks.  Samuel Reyes let three of Stratton’s runners score and allowed one of his own, as he issued three more walks over three and a third innings.  Allen Montgomery walked another five in three and a third.  Nick Mears finally managed to stop the parade while getting the last two outs in the ninth.

Greensboro blanked Lakewood, 4-0, behind a strong start from Luis Nova.  After a couple of rough outings with Bradenton, Nova threw six innings, allowing four hits and no walks, and fanning six.  He threw 54 of 76 pitches for strikes.  Nova is expected eventually to join the rotation at Bristol, but you have to wonder whether those plans could change if he can build on this start.  Cristofer Melendez threw the final three innings, giving up a hit and two walks, and striking out five.

Rodolfo Castro provided much of the offense with a three-run blast in the fourth to put Greensboro ahead.  That was his 14th homer and it gave him 45 RBIs.  Connor Kaiser drove in the other run in the ninth with his fifth double.  Mason Martin was 2-for-3 with a walk and his third triple.  Fabricio Macias went 2-for-4 with his fifth double and Justin Harrer also had his fifth double.

The DSL Pirates1 couldn’t hold a 5-0 lead and lost to the undefeated Rangers1, 13-5.  The opposition runs came in bunches:  seven in the fifth and six more in the eighth.  Starter Luis Peralta, an 18-year-old lefty who’s repeating the DSL, threw three scoreless innings.  Raydel Velette, a 6’6″ righty who also returned from last year, lasted only a third of an inning and was charged with five runs, four earned.  Angenys Dominguez, who signed last February, had a rough time for his second straight outing, giving up six earned runs while recording only two outs.

The offense was led by two of the team’s most prominent signings from the last signing period, infielders Juan Jerez and Orlando Chivilli, both of whom are off to good starts.  Jerez was 2-for-5 with his third double, and now has six extra base hits in his first six games.  Chivilli was 2-for-4 with his first double and three RBIs.  Second-year outfielder Fleury Nova also had two hits.  Luis Tejeda, who tied for the second-largest bonus in the most recent signing group, was 1-for-4 with a walk.

One injury note for the Pirates1:  First baseman Shendrik Apostel had minor surgery.  He’s been out a few days and isn’t expected to miss more than another week or so.

The DSL Pirates2 improved their record to 6-1 by beating Colorado, 7-2.  Outfielder Rodolfo Nolasco (DHing in this game), another prominent signing from the last signing group, had his second straight three-hit game, going 3-for-4 with his third double.  Another top signee, shortstop Dariel Lopez, also hit his third double and scored twice.  Carlos Arroyo, who’s returning from last year, was 2-for-3.

Starter Felipe Mezquita, a 17-year-old in his second pro game, had control problems for the second time, but managed to allow only two runs in three innings despite six walks.  Lefty Jose Amaya, who’s repeating the level, followed with four scoreless innings, and Domingo Gonzalez, another repeater, threw the final two with no damage.