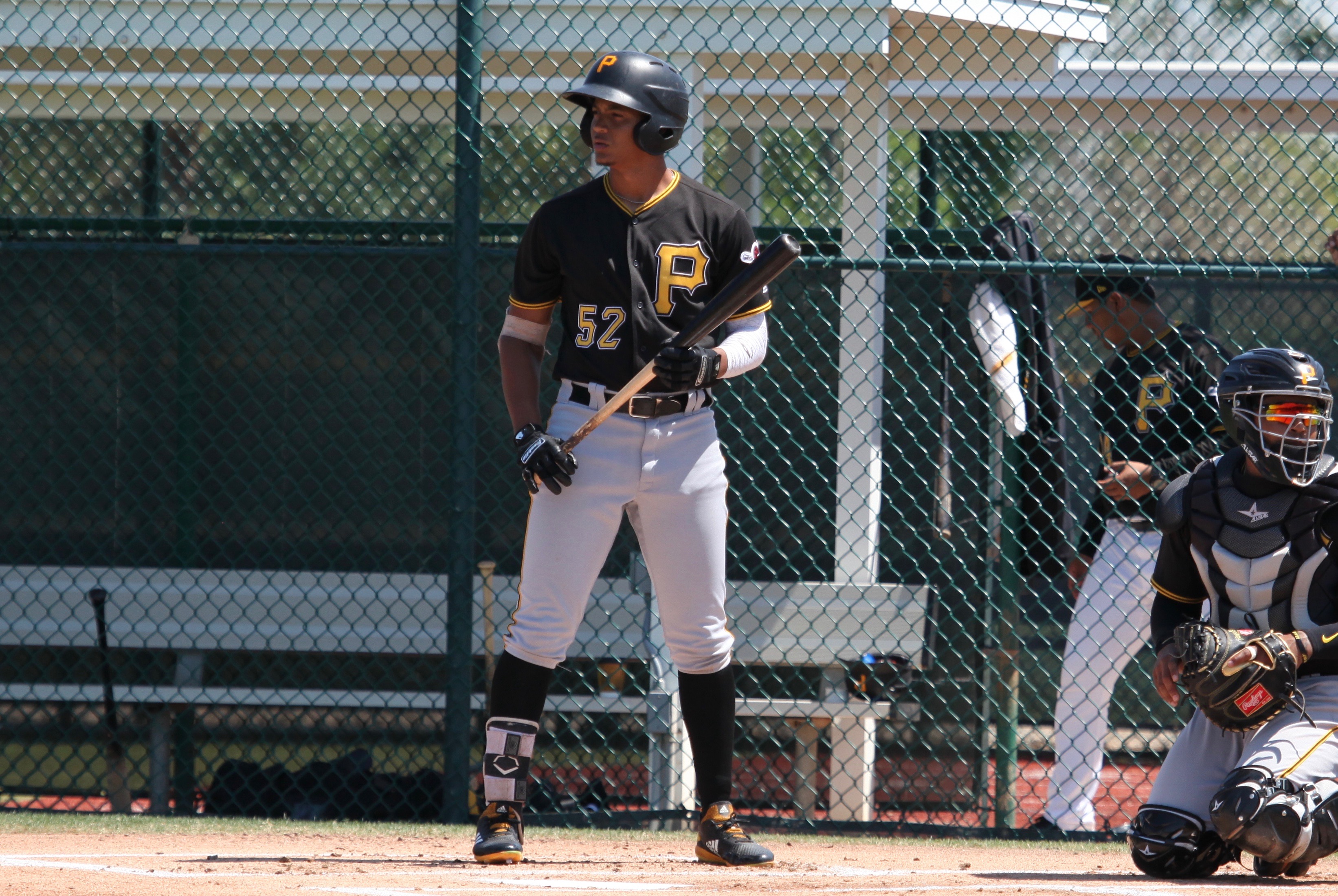 Indianapolis lost 8-1 to Gwinnett. Yefry Ramirez started and went 4.1 innings, giving up five runs on four hits and a walk, while striking out six batters. He gave up two runs in the first, then threw shutout ball for three innings. Ramirez loaded the bases with one out in the fifth before leaving for Tyler Lyons. All three runs scored, plus three runs against Lyons in the inning. JB Shuck came on for the final two innings and pitched shutout ball on no hits, two walks and two strikeouts. He has thrown four shutout innings over three appearances.

Jason Martin had the only RBI of the game, bringing home Eric Wood with a fifth inning double. Jake Elmore had a single and a walk. The rest of the lineup besides Martin and Elmore went 2-for-26 with two singles and no walks. Erik Gonzalez played his first rehab game. He was at shortstop and went 0-for-3, leaving after seven innings.

The Pirates announced yesterday that JT Brubaker had a setback during his rehab and has been shut down for now.

Altoona lost 7-5 to Binghamton. Pedro Vasquez had his worst start of the month and it wasn’t that bad. He allowed just one run in his previous five starts, covering 31 innings. In tonight’s game, he gave up three runs (two earned) on six hits, with no walks and seven strikeouts. Vasquez now has a 2.30 ERA in 74.1 innings, with a 1.00 WHIP. Beau Sulser followed with two over two innings, followed by two runs in the ninth against Angel German, who took the loss.

The offense had ten hits and six of them were doubles. They also drew five walks and one hit batter, but they stranded ten runners on the night. The scoring started in the fifth on an RBI single by Mitchell Tolman. That was followed by a two-run single from Jared Oliva. Robbie Glendinning brought in the fourth run of the inning on an RBI double. The last run scored in the eighth on a double by Brett Pope. Glendinning had three hits and is now batting .348 in 21 games with Altoona. He batted .340 in 43 games with Bradenton. Alfredo Reyes hit two doubles and scored two runs. Besides the RBI single, Jared Oliva also hit his 13th double.

Bradenton was postponed due to rain. They will play a doubleheader tomorrow at 4PM.

Greensboro won 5-2 over Lakewood, picking up the only victory today around the minors for the Pirates. Colin Selby got the start and went six strong innings, allowing one run on three hits and two walks, with two strikeouts. He has a 3.42 ERA and an 0.99 WHIP in nine starts this season. Yerry De Los Santos allowed one run in two innings, while striking out four batters. Will Gardner picked up his third save with a scoreless ninth, striking out two batters.

Mason Martin got the scoring started with an RBI ground out in the first inning. That was followed by seven shutout innings before the Grasshoppers tied the game in the ninth on a wild pitch. Jonah Davis, who returned to Greensboro yesterday, hit a bases loaded double to take a 5-2 lead. Fabricio Macias had two hits, including his 13th double. Ji-Hwan Bae had a single, walk, his 12th stolen base and a run scored. Connor Kaiser hit his sixth double and drew a walk.

Morgantown lost 8-3 to Williamsport. Michael Burrows had a rough start, giving up six runs on five hits and four walks in 1.2 innings. It looks worse than it actually was viewing it live. Two of the hits he allowed were grounders and one was a bloop over shortstop (the other two were hard hit doubles). Burrows also wasn’t getting any calls from the umpire, which included a total of four very questionable ball calls during three of the walks. His main issue outside of bad umpiring was that he wasn’t throwing his curve for strikes, so the opposition was laying off the pitch.

Alec Rennard allowed a run of his own and an inherited runner from Burrows to score. In 1.1 innings, Rennard gave up three hits and two walks. Denny Roman followed with one run over two innings. Xavier Concepcion was out next and he tossed two perfect innings, striking out three batters. According to reports, he hits triple digits with his fastball often, but is prone to control issues, which obviously didn’t happen tonight. Austin Roberts (eighth round pick) had four strikeouts over two scoreless innings.

The offense was led by Victor Ngoepe, who reached base in all four plate appearances and scored a run. Second round pick Matt Gorski had two hits and an RBI. Blake Sabol (seventh round) went 1-for-3 with an RBI double and two walks.

Bristol lost 6-5 to Princeton. Dante Mendoza made his second start this season and went four innings, allowing four runs on eight hits, with one walk and three strikeouts. The 20-year-old right-hander, who was acquired in the Jordan Luplow/Max Moroff trade, tossed four shutout innings in his debut. Ryan Troutman (26th round pick) was out next and gave up two runs in 1.1 innings. Oliver Garcia came out with one out and the bases loaded in the sixth, then stranded all three inherited runners. He stayed on and finished the game, throwing a total of 3.2 shutout frames.

The Pirates got four of their five runs on one swing. Jean Eusebio hit a second inning grand slam, for his first home run of the season. The second run scored on a Matt Morrow ground out that brought in Brendt Citta, who hit his first triple. Samuel Inoa went 2-for-3 with a walk and a run scored. Chase Murray (13th round pick) followed up his three-hit debut with two more hits.

The GCL Pirates lost 5-3 to the Orioles. Oneil Cruz played his first full game during his rehab assignment. He went 3-for-4 with an RBI double and handled all five plays at shortstop. This was his third game and he has yet to play back-to-back days. Sammy Siani (37th overall pick) went 1-for-4 with a walk and run scored. He went 1-for-5 in each of his first two games. Yoyner Fajardo went 2-for-4 with a stolen base and a run scored. Andres Alvarez (22nd round) went 2-for-3 with an RBI and a walk.

The DSL Pirates1 lost 4-1 to the Cubs1. Luis Peralta got the start and went five innings, allowing two runs on seven hits, with one walk and one strikeout. The 18-year-old right-hander, in his second season, has a 3.60 ERA in five starts this year. Raydel Velette pitched the final three innings and allowed two runs (one earned) on two hits, with three walks and two strikeouts. He’s also a second-year player, who just turned 18 years old. Velette is an intriguing 6’6″ righty, though he’s still quite raw and needs to fill out.

The DSL Pirates2 lost their fourth game of the season, going down 8-5 against the Tigers2. Adrian Mendez ($355,000), who was the top pitcher signed by the Pirates during the recent international signing period, went four innings on Friday. He allowed three runs (two earned) on four hits and two walks, failing to pick up a strikeout. The 17-year-old lefty has a 4.19 ERA in 19.1 innings over five starts. Joel Blanco has been strong this season, but he gave up two runs on four hits and three walks in three innings. Axel Rosario took the loss in his third pro appearance, giving up three runs in the eighth. Wilbur Martinez recorded the final four outs.

Rayber Romero and Geovanny Planchart each had three hits. Romero stole his tenth base. Planchart, who has 12 hits in his last five games, scored two runs. Deivis Nadal had the big hit for the Pirates, tying the game in the sixth with a two-run single. Yeison Ceballo picked up RBIs on singles in the fourth and sixth innings. He is 8-for-15 in his first six games. Ceballo was in the U.S. prior to last week, returning from Extended Spring Training to the Dominican. Randy Romero stole his 15th base, which is the sixth highest total in the league.