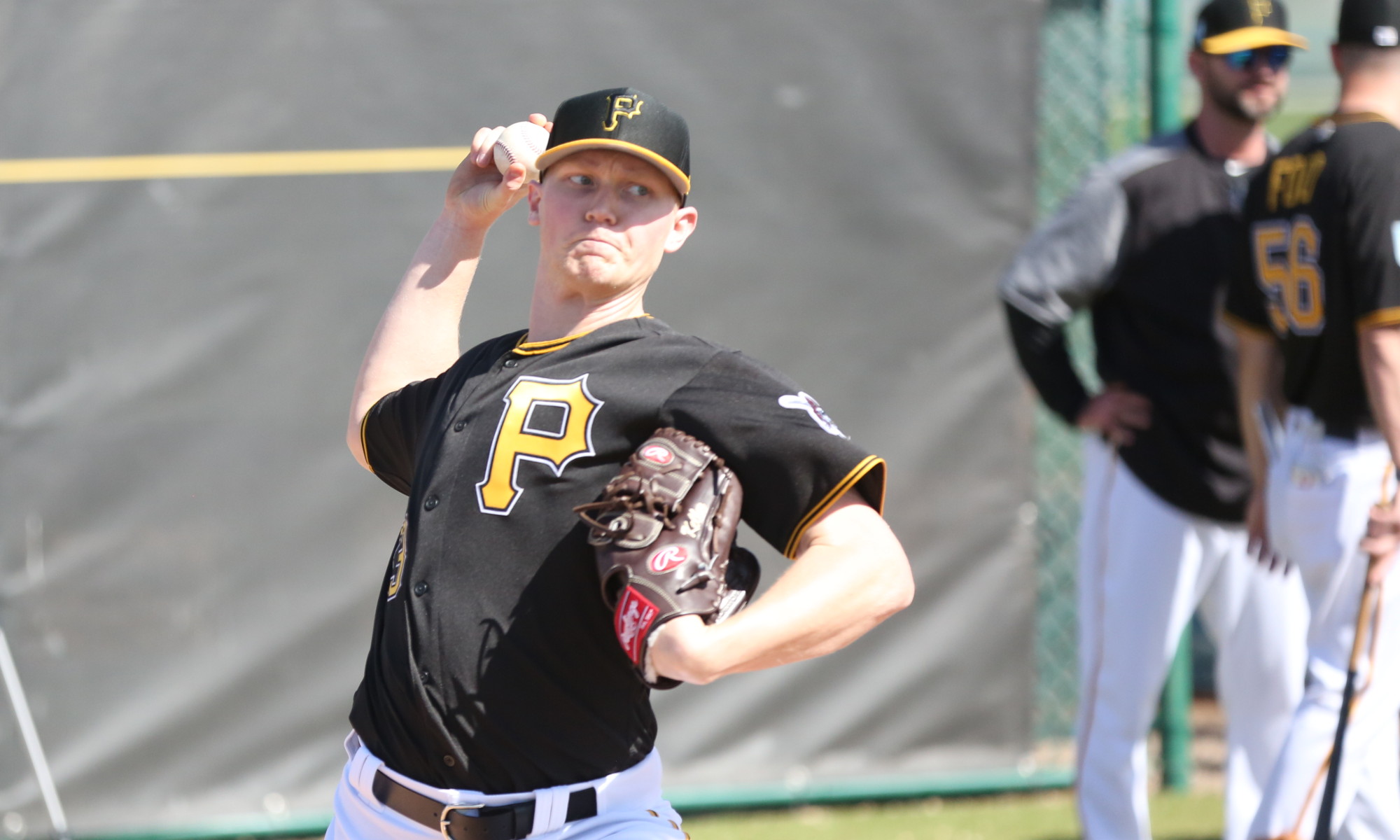 Indianapolis lost 3-1 to Toledo. Mitch Keller had a rough beginning to his night, loading the bases with two walks and a single. From that point on, he had 13 strikeouts, one walk, one grounder to first base and one fly ball to right field. Keller was using all of his pitches, recording the first 12 outs on strikeouts, facing 13 batters during that stretch. The only issue with the start was that he was done after just five innings, already up to 92 pitches, with 59 going for strikes. Tyler Lyons allowed one run in two innings and Dovydas Neverauskas took the loss with two runs in the eighth.

The Indians had nine hits, but they managed to collect just one run. That came in the eighth inning on a single by Kevin Kramer, which brought home Ke’Bryan Hayes, who just hit his second triple. Jason Martin and Hayes each had two hits. Will Craig hit his tenth double.

Altoona lost 5-1 to Akron. Sean Brady was on a recent run of solid starts, but he got hit around tonight. Brady went six innings, allowing five runs on ten hits and a walk. He also hit two batters. Brady had three strikeouts, a 9:3 GO/AO ratio and he threw 65 of 98 pitches for strikes. Yeudy Garcia tossed two shutout innings and Vicente Campos handled a clean ninth.

The Curve got their only run on a ninth inning single by Brett Pope, after they staged a mini rally with two outs. Bligh Madris hit his first triple, followed by a hit-by-pitch to Jason Delay, before Pope’s single. Bralin Jackson flew out to right field to end the game. Both Madris and Pope had two hits. Hunter Owen had a single and a walk.

Bradenton lost 5-4 to Dunedin. Max Kranick went six innings on Friday night, allowing one run on three hits, with two walks and three strikeouts. He threw 58 of 88 pitches for strikes. Kranick has been throwing his changeup more often recently with solid results, though the only run in this game came on a home run off the changeup. He’s also been working on throwing his slider at two different speeds, coming in at 80-81 MPH and 83-84 MPH today. Both walks he issued came against top prospect Bo Bichette, who is rehabbing a hand injury suffered back in April while in Triple-A. Joe Jacques allowed three runs over 1.2 innings, while Ryan Valdes took the loss with one run in 1.1 innings. He struck out three batters.

The Marauders scored their first run in the fifth inning on an RBI double by Dylan Busby. In the seventh inning, Deon Stafford hit his third home run, a solo shot that made it a 3-2 deficit. Daniel Amaral tied the score 4-4 in the bottom of the eighth on a single that brought home Calvin Mitchell and Lucas Tancas. Chris Sharpe hit his 12th double and stole his 14th base. Stafford added his first triple of the season. Travis Swaggerty had an 0-for-5 night, leaving him with a .230/.319/.348 slash line through his first 53 games.

Greensboro lost 2-1 to Lakewood in game one of a doubleheader. Alex Manasa got the shortened complete game and took his first loss of the season. In six innings, he allowed two runs on four hits and two walks. He had four strikeouts, an 8:2 GO/AO ratio and threw 86 pitches, with 59 for strikes.

The only run for the Grasshoppers came on a first inning triple by Rodolfo Castro, which brought home Mason Martin. That was Castro’s first triple and it gave him 42 RBIs on the season. Martin reached on his 13th double. Lolo Sanchez had two hits. Pat Dorrian had a single and a walk. Fabricio Macias stole his seventh base.

In game two, Conner Loeprich got the start and went a season high of five innings, allowing two runs on four hits and three walks. He had two strikeouts and an 8:2 GO/AO ratio, while throwing 72 pitches. That would be all Lakewood would need, as they won both games by 2-1 scores. John O’Reilly pitched the sixth and loaded the bases on three hits, then got a double play to end the inning.

The offense was bad in the first game, but it was even worse in the second. The Grasshoppers had three singles and no walks. Kyle Mottice and Fabricio Macias each had a single and stole their eighth base. Michael Gretler drove home Macias with the lone run. The bottom three batters in the order only had two at-bats each.

The DSL Pirates1 won 5-3 over the Indians/Brewers co-op team. Braham Rosario, who pitched in the GCL last year, got his second start and went 4.2 innings, allowing two runs on seven hits and two walks, with five strikeouts. He seems likely to return to the U.S. when the short-season leagues begin in two weeks. Miguel Peralta followed with a shutout inning, then Mario Garcia got the win with one run and six strikeouts over the final 3.1 innings.

Catcher Darwin Baez had a nice game at the plate with his first home run and his second double. He scored two runs. Osvaldo Gavilan ($700,000 bonus) hit his first pro triple and drove in a run. Ronny Sanchez had two hits and an RBI.

The DSL Pirates2 won 12-3 to move to 5-1 on the season. Carlos Jimenez made his second start and it was quite a difference from his five shutout innings with seven strikeouts on Opening Day. He lasted just 2.2 innings, giving up three runs on three hits and four walks, with three strikeouts. Miguel Toribio followed with 3.1 shutout innings and Johan Montero tossed three no-hit innings to finish out the game. The two of them have combined for no earned runs in four long relief outings.

Second-year outfielder Randy Romero had a big day, hitting a bases loaded triple in the second inning. That was followed by two walks and his fourth stolen base. Alexander Mojica, Carlos Arroyo and Jauri Custodio each had an RBI double, their first double of the season. Mojica ($350,000 bonus) would later add a second double. Rodolfo Nolasco, who came into the game with a .125 average (2-for-16) in his first four games, went 3-for-5 with a double and two runs scored.