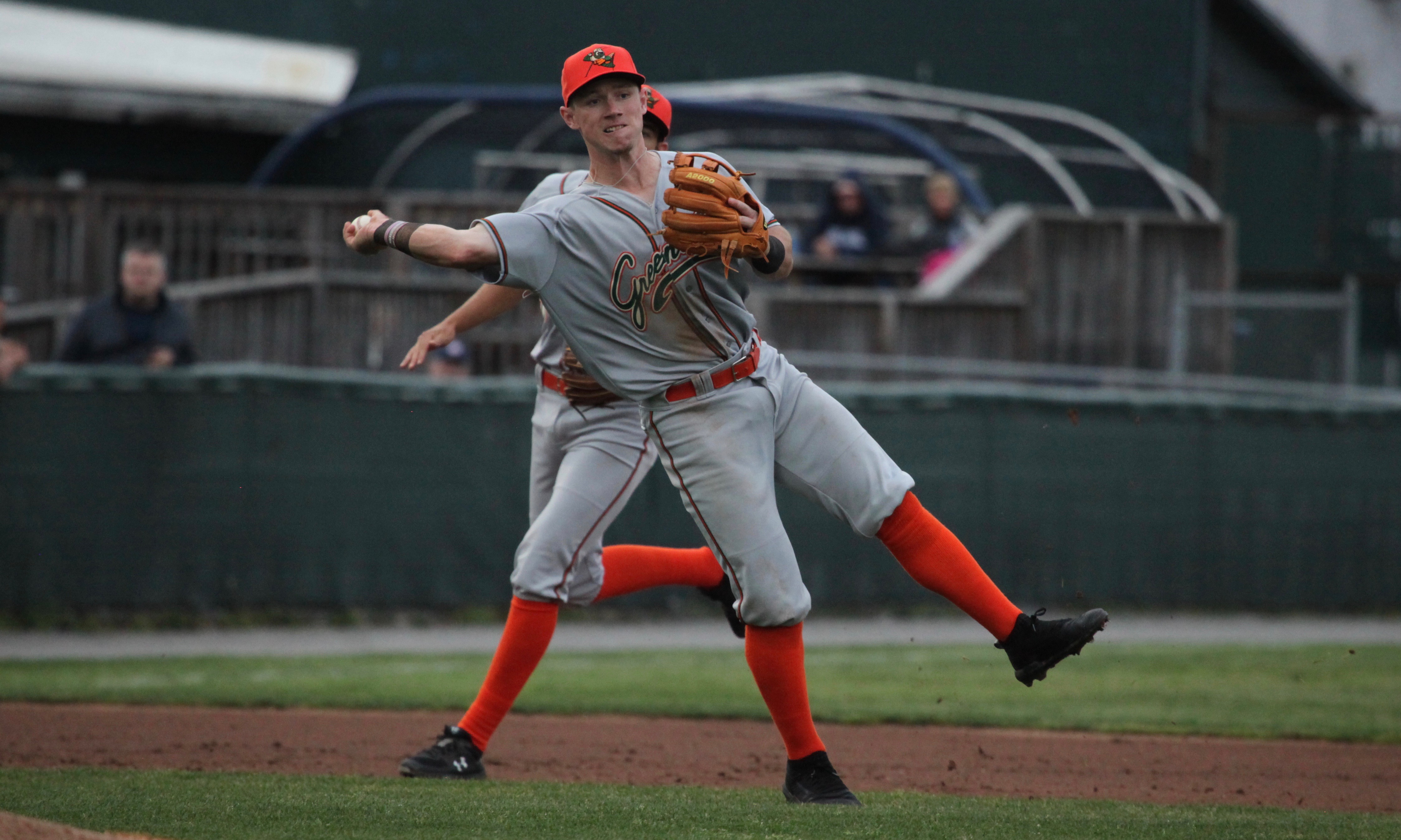 Indianapolis won 3-2 over Toledo. Cam Vieaux made his third start, and while he limited the opposition to one run on two hits, he walked five batters in five innings for the second time in Triple-A. Vieaux had four strikeouts, throwing 49 of his 86 pitches for strikes. He gave way to Brandon Waddell, who gave up a solo homer in his 1.1 innings. He allowed one hit, one walk and picked up one strikeout. Jesus Liranzo made his first appearance since being designated for assignment. He tossed 1.2 shutout inning. Jake Brentz came on in the ninth and made things interesting with two walks, but he got his fifth save and struck out two batters.

The Indians got the scoring started with a sacrifice fly from Jake Elmore in the second inning. In the sixth inning, Pablo Reyes made it 2-1 with an RBI infield single. Jason Martin capped the scoring one inning later with a bases loaded single that brought home Elmore. Martin, Reyes and Will Craig each had two hits. Reyes hit his eighth double, the only extra-base hit for Indianapolis.

Altoona was off on Thursday

Bradenton won 7-4 over Daytona. Nicholas Economos made his first start since back-to-back one run over seven inning outings earned him our Player of the Week recognition. He wasn’t quite up to those standards tonight, going 5.2 innings, with three runs on three hits and three walks. He had six strikeouts, giving him 74 strikeouts in 57.1 innings this year. Logan Stoelke followed with one run over two innings, before giving way to Nick Mears, who picked up his second save with a shutout ninth.

The Marauders had six players with multi-hit nights. Robbie Glendinning, Lucas Tancas, Daniel Amaral, Raul Hernandez and Chase Lambert each had two hits, while Chris Sharpe picked up three hits. There were only two extra-base hits in that group, with Tancas collecting his 19th double and Glendinning hitting his 14th double. Sharpe stole his 13th base and scored two runs. Amaral drove in a pair of runs.

Greensboro won 3-2 over Lakewood. Colin Selby got the start and had some control issues. He lasted just 4.1 innings, giving up one unearned run on four hits and four walks. Selby had three strikeouts, a 5:2 GO/AO ratio and threw just 49 of 90 pitches for strikes. Will Gardner followed with 2.2 shutout innings, including stranding three inherited runners in the fifth inning. Yerry De Los Santos struck out the side in the eighth, then recorded two quick outs in the ninth before a walk and two singles made it a 3-2 game. He picked up the final out with two men on base for the win.

Pat Dorrian had the big night on offense. He hit his 13th double in the seventh, then scored the tying run. In the ninth, he hit his fifth home run to give Greensboro the lead. A Justin Harrer single later in the ninth brought home Michael Gretler with the third run of the game. Harrer also hit his fourth double. Ji-Hwan Bae had a single, walk and his eighth stolen base. He’s batting .320 through 18 games.

The DSL Pirates1 won 8-4. Listher Sosa ($150,000 signing bonus), a 6’4″, 17-year-old right-hander, made his pro debut. He went 5.1 innings, allowing four runs on six hits, with no walks and five strikeouts. He was followed by Antonio Gonzalez, the last signing during the 2017-18 international signing period, who received his deal on the final day (June 15th). He didn’t debut last year, so this was his first appearance. He threw 3.2 shutout innings on five hits, with no walks and six strikeouts.

The offense was led by some of the big signings from last July. Juan Jerez ($380,000) had four hits yesterday, including his first two homers. Today he drove in three runs on a single and his second double. Luis Tejeda ($500,000) went 4-for-5 with his first triple and two stolen bases. He scored twice and drove in a run. Osvaldo Gavilan (top signing at $700,000) had a single and scored two runs. Orlando Chivilli ($350,000) had a single, triple and two runs scored. Omar Matos stole three bases.

The DSL Pirates2 lost their first game of the season 7-2 to the Giants. Adrian Mendez, who signed for $380,000 last July, made his pro debut. His bonus is the highest international bonus handed out to a pitcher by the Pirates since Luis Heredia in 2010. The 17-year-old lefty from Venezuela went 3.1 innings, allowing three runs (two earned) on five hits and two walks, with five strikeouts. He was followed by second-year players Francisco Hodge, Miguel Diaz and Jose Amaya, who combined to allow one earned run over the final 5.2 innings.

The defense has been awful for the Pirates2 and it continued today. They already had two games with seven errors each, then added five more on Thursday. The offense had just three hits, all singles, and needed help from the opposing defense to score their two runs. Alexander Mojica ($350,000) walked three times and was the only player to reach base more than once.