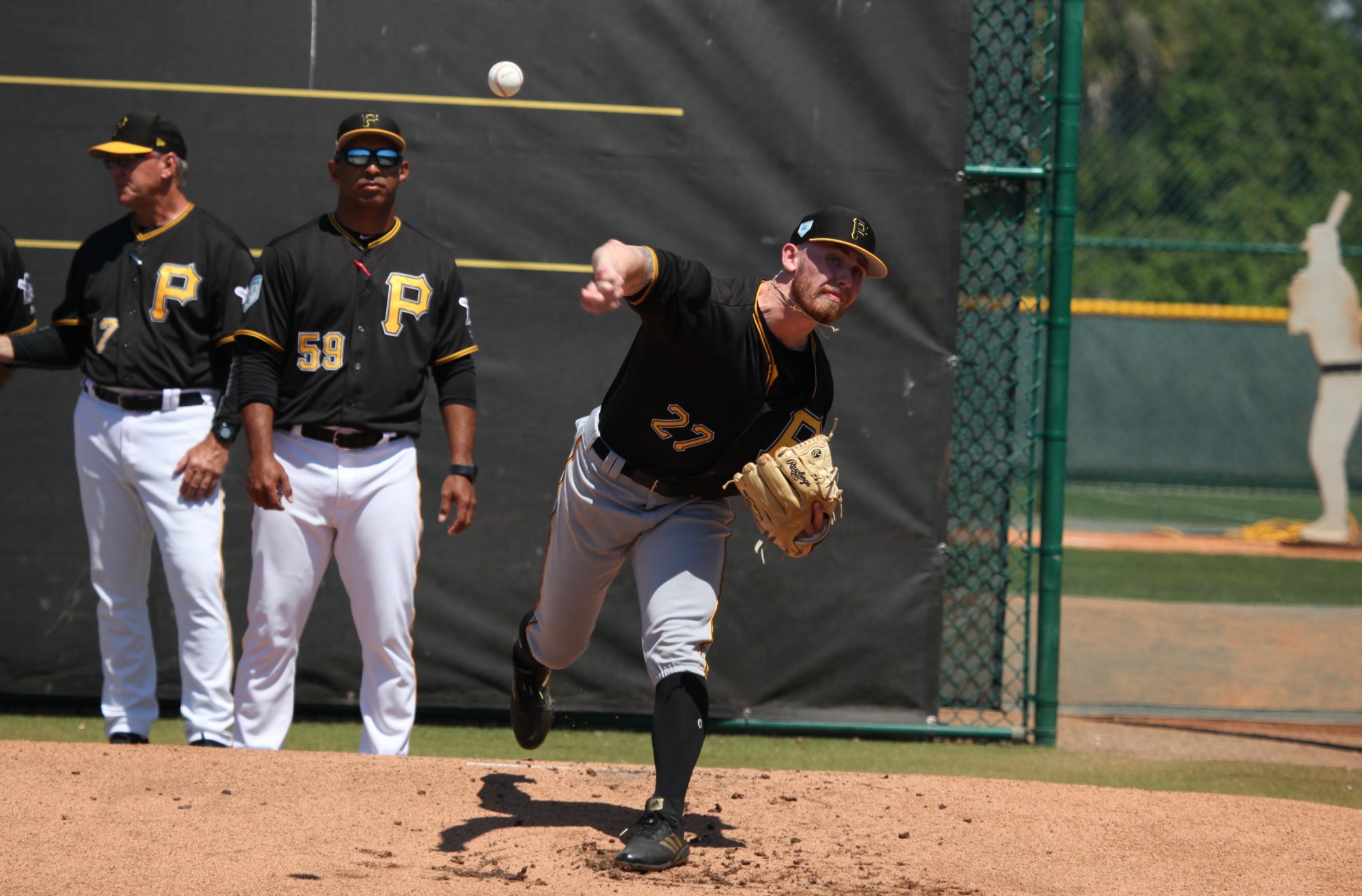 Dylan Busby had a crazy game. He had the big hit in the game for the Marauders, driving in three runs with his seventh double in the seventh inning. He also represented the winning run in the bottom of the ninth and ended the game with a ground out. That was after his error led to two unearned runs early in the game. Calvin Mitchell got the scoring started in the first with his eighth home run of the season. He also singled and scored a run in the seventh inning. Chase Lambert had two doubles and two walks in four trips to the plate. Each of the top six batters in the lineup had two strikeouts.

Greensboro is on their All-Star break until Thursday.

Morgantown won 2-0 over Williamsport in the first game of a doubleheader. Michael Burrows made his season debut and put together a strong outing, throwing five shutout innings on two hits and three walks, with five strikeouts. The walks total is higher than you want to see, but he threw 50 of 78 pitches for strikes, so that’s a strong percentage. Burrows went 14 innings in the GCL last year without allowing an earned run. That was after the Pirates signed him to a $500,000 bonus in the 11th round. Cody Smith followed and picked up the save with two perfect innings, striking out five batters.

The Black Bears got their runs in the third inning on a two-run homer from Nick Patten. Kyle Mottice, who had a single and a double, scored on the home run. Ryan Haug and Zack Kone had the only other hits, both picking up a single. Angel Basabe, who was one of the top prospects from the DSL Pirates last year, played his first game and went 0-for-3. He is headed back to the GCL with other high profile young players as soon as draft picks start filling in the roster (see season preview below for details).

In game two, Winston Nicacio made his first appearance for the Pirates since they claimed him in the minor league portion of the Rule 5 draft over the winter. He went four innings, allowing two runs on six hits and two walks, with three strikeouts. The 22-year-old Nicacio began last season in Low-A ball, so it’s a bit disappointing that he’s a level lower this year. Yandy Vega followed, making his 2019 debut three levels higher than the DSL, where he played last year. It’s possible that Vega will be returned to the GCL once draft picks fill out the roster. He allowed two runs in his only inning. Hai-Cheng Gong pitched the sixth and retired the side in order on seven pitches, all of them strikes.

The offense managed to collect one hit, a first inning single by Brett Kinneman. He drew one of three walks, along with Zack Kone and Angel Basabe. Jonah Davis and Dean Lockery each struck out in all three of their at-bats. Including his Greensboro stats, Davis has 46 strikeouts in 94 at-bats this season.

The season preview will be posted tomorrow

The DSL Pirates1 lost 7-3 to the Indians. The Pirates went with three second-year players on the mound. Starter Valentin Linarez allowed three runs on seven hits in three innings. He was followed by Mario Garcia, who allowed two runs in 3.2 innings, while picking up six strikeouts. Jordy Ortega finished things off, giving up one earned run in 1.1 innings.

The DSL Pirates2 improved their record to 12-2 with a 9-5 win over the Tigers2. Adrian Mendez ($355,000), who was the top pitcher signed by the Pirates during the 2018-19 signing period, made his third start. This was a strong outing, going five innings, with one run on three hits, one walk and five strikeouts. He now has a 2.92 ERA in 12.1 innings. Mendez was followed by Miguel Toribio, was had 8.2 shutout innings before today. Toribio allowed two runs in two innings. Johan Montero pitched a scoreless eighth, followed by the pro debut of Axel Rosario (scouting report), who gave up two runs in the ninth.

The offense was spread around the lineup, with no big days at the plate, but they still scored nine runs. Deivis Nadal ($185,000) went 2-for-5 in the lead-off spot, with his fourth double, an RBI and a run scored. Jauri Custodio went 2-for-5 with two runs scored and an RBI. Rodolfo Nolasco ($235,000) went 2-for-4 with two RBIs and his fifth double. Dariel Lopez ($400,000) hit his sixth double. Randy Romero came in as a pinch-runner in the seventh inning, stole second base, scored a run, batted later in the inning and reached on an error, then stole second and third base. He was replaced on defense in the bottom of the inning. That gave him three steals in one inning, without playing defense in the game.