Morning Report: A Look at Where Each Affiliate Ranks in Offense 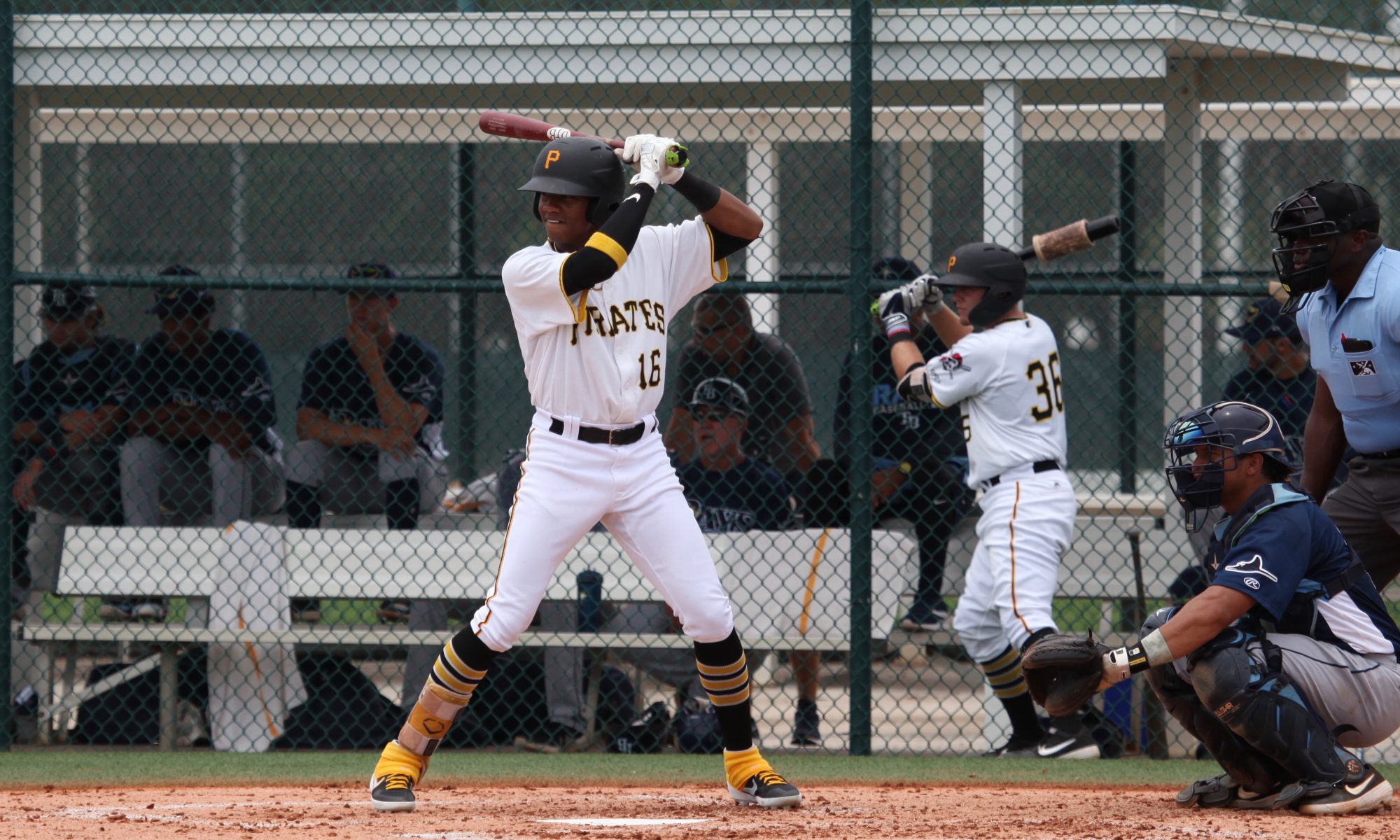 Over the last two days, we have looked at the individual leaders throughout the minors for the Pittsburgh Pirates. Today we take a look at how the teams are doing compared to their league. I’m including all nine affiliates below, noting that it is still very early in the season for the GCL Pirates, while the other four short-season clubs are about halfway through their schedule. Below you’ll find the numbers for numerous offensive categories, along with that team’s rank in each category. The number of teams in their league can be found next to the team name. Stats are through games played on July 19th. I put all of the first place and last place stats in bold so they stand out.

Today’s Starter and Notes: The Pittsburgh Pirates won 5-1 over the Philadelphia Phillies on Saturday night. The Pirates will send out Dario Agrazal for the series finale this afternoon. He has thrown six innings in each of his last three starts, allowing a total of four runs. In his lone home start with the Pirates, Agrazal gave up two runs over six innings against the Milwaukee Brewers. The Phillies will counter with right-hander Vince Velasquez, who has a 4.87 ERA in 61 innings, with 70 strikeouts and a 1.39 WHIP. In his last three starts combined, he has allowed ten runs over 14 innings, failing to go longer than five innings in any of those games. Velasquez has a 5.26 road ERA. (UPDATE: It appears that Velasquez has been scratched from today and Drew Smyly might be the starter, though no one is listed now)

The minor league schedule includes Max Kranick getting the start for Bradenton. He has already faced Tampa three times this season, allowing a total of five runs over 19.1 innings (2.33 ERA). Kranick ranks second in the FSL with 98.0 innings pitched, 1.2 behind the league leader. Sean Brady will get the start for Altoona. He has made 12 straight starts of at least six innings. In ten of his last 11 starts, he has given up either one or two earned runs. Luis Nova gets the start for Greensboro. He has a 3.60 ERA on the road and a 6.00 ERA at home. Nova allowed two runs over 5.2 innings in his last start. His mound opponent today will be Adam Oller, who was released by the Pirates last year. The other three starters listed below are just probables (aka my best guess) and not actually listed. Keller could be held back a day while they wait to see if Trevor Williams can start on Monday. The GCL Pirates and both DSL affiliates are off on Sundays.

From Indianapolis on Friday, rehabbing Erik Gonzalez shows the defense that intrigued the Pirates. He also homered earlier in the game

of course we have the homer

Altoona only posted one highlight, but it was a nice little double play from Gift Ngoepe

Two former Pittsburgh Pirates players born on this date, plus a trade of note. On this date in 2003, the Pirates traded away closer Mike Williams to the Philadelphia Phillies for minor league pitcher Frank Brooks. During that season, Williams was one of the worst All-Stars ever, making the team despite a 6.27 ERA. The Pirates only got 17.1 innings out of Brooks, but the trade was a win by default, as Williams was having a poor season and wasn’t worth his salary. The Phillies let him go via free agency after the season and he never pitched in the majors again, giving him the dubious honor of being selected for the All-Star team twice, making it in each of his last two season.

As for the two players born on this date, neither played a big role with the team, but one did have a very interesting nickname. Dick Smith, infielder for the 1951-55 Pirates, was signed out of Lock Haven University in Pennsylvania. He is the last of just three players from that school to make the majors. Smith played five seasons with the Pirates, but only got into 70 games and hit .134 in 186 at-bats. The Pirates were his only Major League team. He turns 92 today, making him the fifth  oldest living former Pirates player.

Also born on this date, Irv Young, who pitched for the 1908 Pirates. Due strictly to his last name, he had the pressure of being named Cy the Second, as in the second Cy Young. Irv never came close to that potential and during the middle of the 1908 season, he was dealt to the Pirates for pitcher Harley Young. Harley wasn’t anywhere near as talented as Irv, but you may have already guessed that he was nicknamed “Cy the Third”. In his brief time with the Pirates, Irv Young had a 2.01 ERA in seven starts and nine relief appearances.