Morning Report: A Look Back at the Venezuelan Summer League and What it Produced for the Pirates 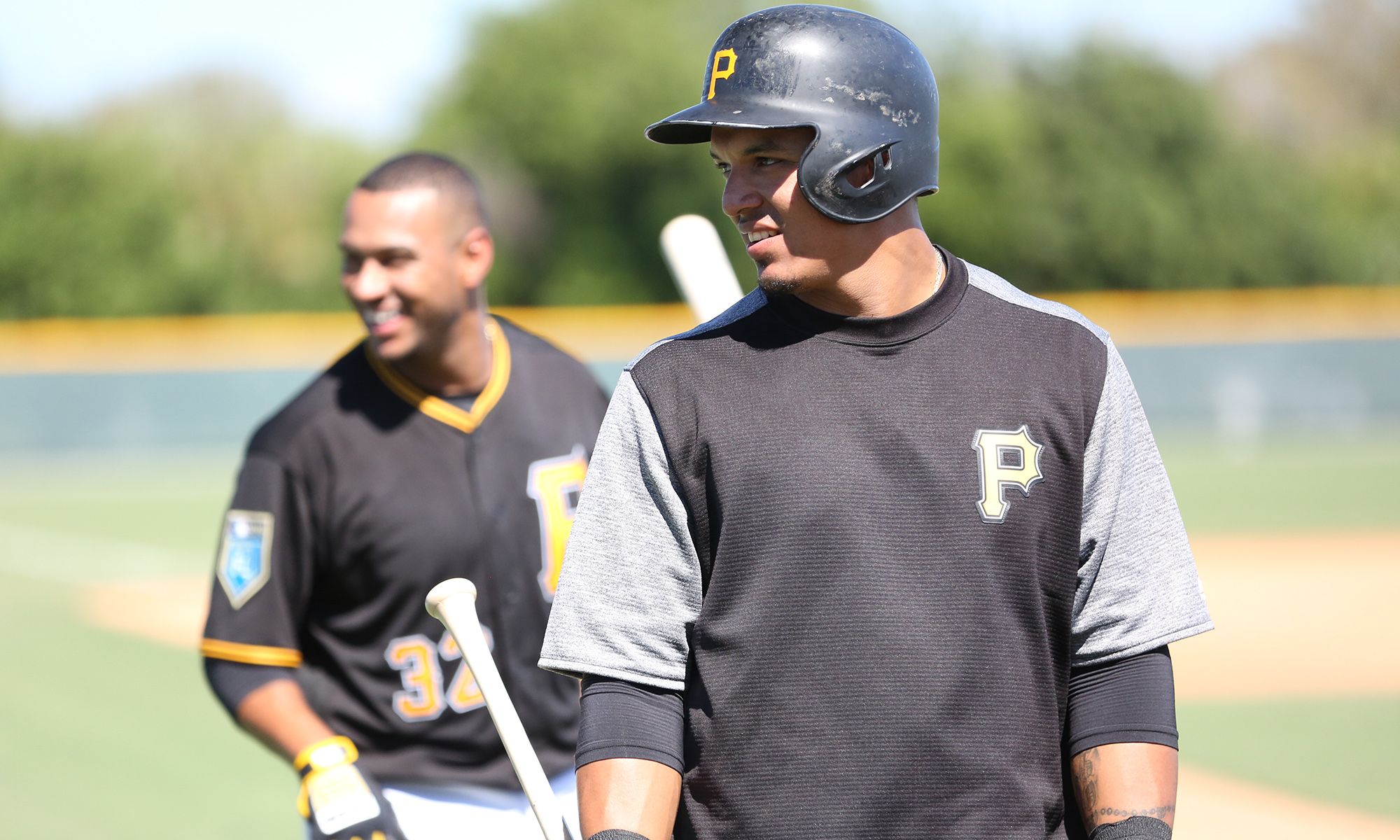 The Pittsburgh Pirates last had a Venezuelan Summer League team in 2011. They finished first in the league that year, but lost in the three-game playoffs against the second place team. It was an odd playoff format considering that the league had just one division, so the whole season is basically like the playoffs, except the second place team gets a chance to win the title in a three-game series after finishing a 72-game season schedule. The next year the Pirates decided to run two teams in the Dominican Summer League instead and now the VSL no longer exists. I wanted to take a look back at the league to show what it produced for the Pirates.

The first thing to point out should be the most obvious. The VSL didn’t get any of the Dominican players, so right from the start that eliminated the chance to get huge production from the league. The VSL also didn’t always get the best non-Dominican players signed by the Pirates. It was clearly a secondary league to the better DSL level of play. That being said, it still produced some players for the Pirates, despite them not spending a lot on international players prior to 2009.

I’m going to work with the most recent team first, then go backwards. That 2011 team won the division with a 40-32 record, but the only big league player on the team was Dilson Herrera, who put up strong stats as a 17-year-old rookie that year. A lot of players for that team are still active, though most of them don’t play in the U.S. Their name will pop up during winter league games. Of note on that team, most people should remember Carlos Munoz. He still plays in Mexico. They also had Luis Rico, who was part of the Vin Mazzaro trade with the Royals.

The 2010 team was even better, finishing 48-20 and winning the league title. This team was basically the same story as the 2011 club. They both had one MLB player and a handful of guys who still play winter ball. The Major Leaguer in this case is Jose Osuna, who crushed ten homers as a 17-year-old rookie. Some of you might remember that back then he was known as Jose Ozuna, until he came to the U.S. and his name changed the following spring. It didn’t literally change, it was just spelled wrong on MiLB.

The 2009 club went 48-22, winning the league by 6.5 games, but they lost the three-game series that seemed unnecessary back then and still does to this day. This club produced three MLB players. Elias Diaz is the big name here, while catcher Ramon Cabrera and infielder-turned-pitcher Yhonathan Barrios each briefly made it to the show. The team also had Exicardo Cayones, from the AJ Burnett trade fame, and Michaelangel Trinidad, a high ceiling power hitter, who had a brush with fame when he hit 14 homers that season.

The Pirates also won the title in 2008, going 46-22 during the season and winning 2-0 in the playoff series. This team was before the Pirates increased their international budget, which was set at $750,000 back then. They still got two big league players out of the group with Ramon Cabrera as a rookie and the other half of the Burnett trade package, pitcher Diego Moreno.

In 2007, the Pirates finished in first place. I want to say they did it again, but this was actually the beginning of the streak of five straight division titles. They were 49-21 and nearly scored twice as many runs and they allowed. The only big league player they had was Moreno as a rookie. Actually very few players from this team even made it to the U.S., with even fewer making it to full-season ball. That’s partially summed up by the average age of the team being 19.2 when the league was full of players who were 17 years old, plus the occasional 16-year-old players bringing the average down. The Pirates had just two players who were 17 (no 16’s), but that was back when a certain GM thought minor league titles were important no matter how you won them.

The 2006 Pirates tied for the division title at 41-25, but they didn’t win the title. None of these players made the majors. The only player of note was pitcher Ronald Uviedo, who was added to the 40-man roster in 2008, then eventually traded for Dana Eveland. If you were trying to forget that name, sorry. Uviedo made it to Triple-A for a short time, but never to the majors.

The 2005 team wasn’t good on the field and they produced zero MLB players. There wasn’t even a player of note on the team.

The Pirates date back to 2004 in the league and that club produced Romulo Sanchez, who played parts of three seasons in the majors. He saw time with the 2007-08 Pirates. The rest of the team was mostly 18-21 year old players and there was no one else of note,

So for eight seasons of not getting most of the significant signings and working with a small budget for those first five seasons, the Pirates produced Romulo Sanchez, Diego Moreno, Ramon Cabrera, Yhonathan Barrios, Elias Diaz, Jose Osuna and Dilson Herrera. Plus three other players were used in trades.

I wasn’t going to look through the whole league, but I decided to compare the Pirates to the Mariners over that same time. The Mariners had a well-known scout named Emilio Carrasquel, who some of you might know as a current lead scout for the Pirates in Venezuela. He has a nice track record of signing big league talent. So the Mariners in Venezuela should be the best measuring stick for success.

Today’s Starter and Notes: The Pittsburgh Pirates lost 6-3 to the New York Mets on Friday night. The Pirates will send out Trevor Williams today. He gave up one run over five innings in his last start, which was against the St Louis Cardinals. His previous two outings were versus the Chicago Cubs and he gave up a total of 13 runs over 11 innings. Williams has a 4.40 ERA in eight road starts. The Mets are countering with 28-year-old lefty Steven Matz, who has a 4.75 ERA in 91 innings, with 86 strikeouts and a 1.46 WHIP. He has given up two runs in each of his last two starts, throwing a total of ten innings in those games. Matz has a 2.54 ERA at home and 6.40 on the road.

The minor league schedule includes Indianapolis sending out Mitch Keller, who has a 2.59 ERA in his last ten starts combined. He leads the International League with a 3.10 ERA and 106 strikeouts. For those who follow pitching Triple Crown stats, his seven wins are tied for second most in the league, one behind the leader. Bradenton will go with Aaron Shortridge today. He had eight strikeouts in his last start, after putting up just one strikeout in his previous three starts combined. Shortridge ranks seventh in the FSL in innings pitched, 10.1 behind league leader Max Kranick.

Bristol is sending out Tahnaj Thomas, who returns from his six-game suspension for throwing at a player last week. Thomas had five walks and one strikeout in his first two starts combined, both shortened due to reaching his single inning pitch limit. In his last four starts, he has one walk and 25 strikeouts in 17.2 innings. Alex Manasa will get the start for Greensboro. After making 16 starts to open the season without allowing more than three earned runs, Manasa gave up five runs back on July 15th and four runs on the 20th. No starters are listed for Altoona or Morgantown. For Morgantown, it could be Michael Burrows, who has been following Jesus Valles (yesterday’s starter) all season. UPDATE: Beau Sulser has been added as the Altoona starter today.

From Bradenton, Oneil Cruz hits his seventh home run. Luckily this was posted because both Altoona and Indianapolis failed to post any highlights yesterday.

Oneil Cruz took this ball for a ride!

Watch the @pirates' No. 4 prospect drill his 2nd jack in 3 games for @The_Marauders ➡️ https://t.co/4wvv17QEG2 pic.twitter.com/0lAgcBnrr0

Two former Pittsburgh Pirates players born on this date, plus a key game from the 1979 season. Starting with the players and neither was around too long. Enrique Wilson played for the 2000-01 Pirates, joining the team on July 28, 2000 in a deal with the Cleveland Indians for Wil Cordero. The next season he was dealt to the Yankees on June 13th for Damaso Marte. Wilson was a valuable utility player during his first season with the Pirates, seeing time at 2B/3B/SS and putting up a .723 OPS. He was mostly playing shortstop in 2001 before the trade and had a .186 average in 46 games.

The other player born on this date was left-handed pitcher Irish McIlveen, who despite pitching for the Pirates back in 1906, is one of the last Major League players born in Ireland. He was a star athlete at Penn State and joined the Pirates in July of 1906 right out of college. McIlveen pitched twice for the Pirates and played three games off the bench. After coaching two years at PSU, he returned to the majors with the New York Highlanders, playing exclusively in the outfield. By May of 1909, he was out of baseball.

On this date in 1979, the Pirates took a doubleheader from the first place Montreal Expos, which brought them within a half game of the NL East top spot. The link above has more details for the games, including quotes from Dave Parker, who got hit by a pitch in both games of the doubleheader. You can find the boxscore for game two here, which has a link for the first game.