Morning Report: Have the Pirates Changed Their Pitch-to-Contact Approach? 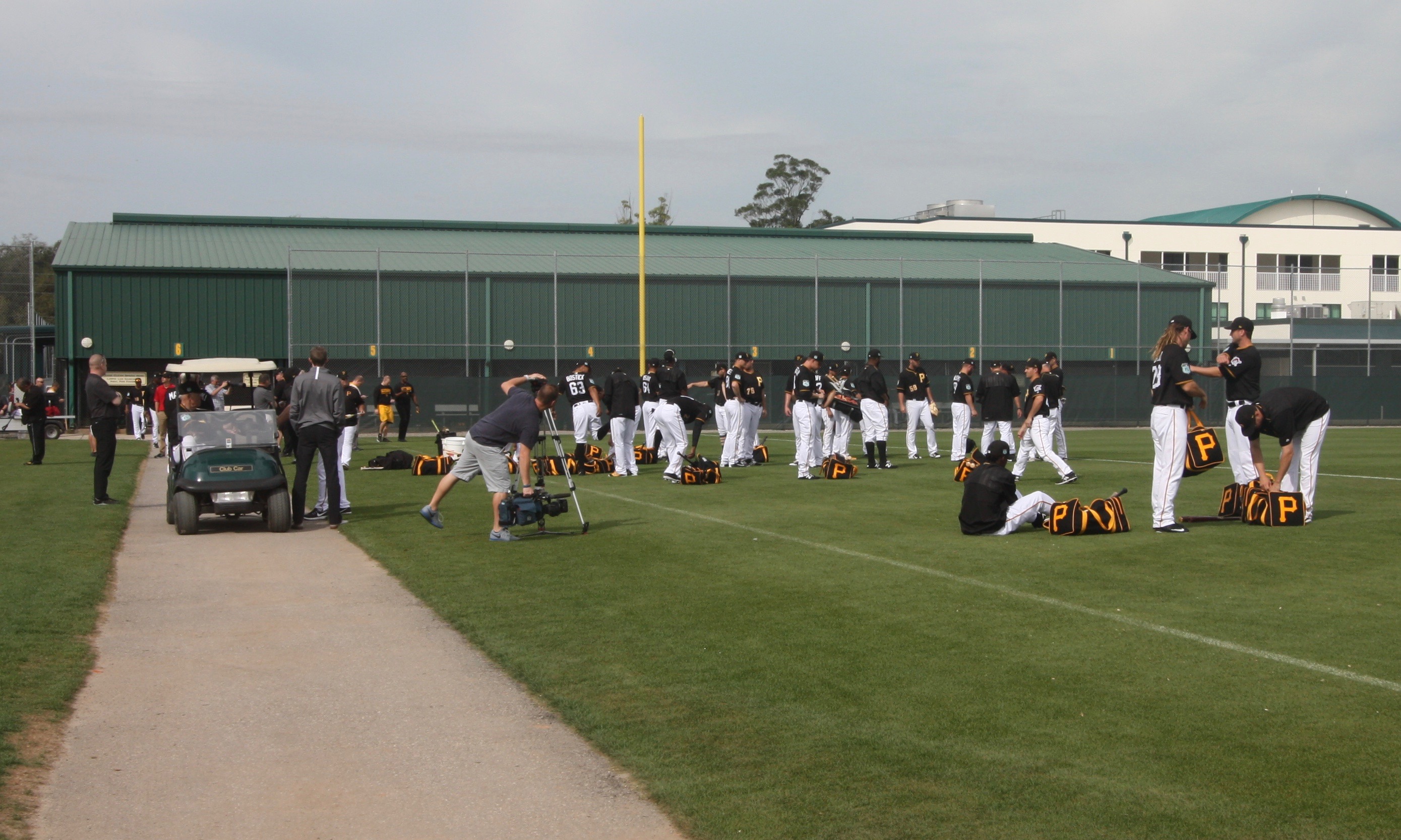 The Pirates have gotten a lot of criticism for their fastball-heavy, pitch-to-contact approach in the last couple years, and deservedly so.  Much of the criticism resulted went Gerrit Cole, Charlie Morton and Tyler Glasnow sharply reduced their fastball usage upon moving to other teams and immediately began pitching much better.  Even internally, Jameson Taillon got dramatic improvement after sharply reducing his fastball usage in May 2018.  To top it all off, there was Chris Archer’s disastrous attempt, after coming to Pittsburgh, to start throwing sinkers, which is chronicled here.

At the major league level, things haven’t really changed.  So far in 2019, the Pirates still lead the majors in fastball usage, according to FanGraphs.  They led in fastball usage in 2017-18, and were second to the Mets in 2016.  But here’s where things get . . . well, irritating.  In their last playoff season, 2015, they ranked seventh.  They were eighth in 2014 and 14th in 2013.  The fastball obsession was not in evidence during their three most successful seasons under the current front office.

So what about the minors?  That’s not possible to answer directly, because pitch usage isn’t available for the minors.  We do, however, know the strikeout rates in the minors.  Strikeouts tend to result from breaking balls and changeups, not from fastballs.  Not coincidentally, the Pirates were 10th in the NL in K/9 in 2018, 13th in 2017 and 13th in 2016, although they are 6th so far in 2019.  During the playoff years of 2013-15 they ranked 4th, 11th and 7th.

Similar to their post-playoff seasons in the majors, the Pirates have not had strikeout pitchers in the minors.  Over the five years prior to 2019, their West Virginia entry in the 14-team South Atlantic League has had an average finish in strikeouts per inning of 9.4.  Bradenton has had an average ranking of 10.8 in the 12-team Florida State League, never ranking higher than 10th.  Altoona has averaged a ranking of 10.2 in the 12-team Eastern League.  Indianapolis has been less extreme, with an average ranking of 7.4 in the 14-team International League.  Indianapolis, though, typically gets a lot of its innings from free agent signees who haven’t come up through the Pirates’ system.  (I’m sticking with the full season teams because there are so many raw pitchers, or pitchers just getting acclimated to pro ball, with the short season teams that I’m not sure their K rates mean much.)

It’s not like these are bad pitching staffs.  Greensboro ranks 5th in its league in staff ERA despite having the highest HR rate, which is probably the result of playing in an extreme HR park.  Bradenton, which also plays in one of its league’s better hitters parks, ranks 7th in ERA.  Altoona is 8th and Indianapolis is 3rd even though both have gone through extensive turnover due to the myriad problems the Pirates have had.

Obviously, I don’t know that a fastball-heavy approach is the reason for these low K rates, and I don’t know how this will turn out at the major league level.  But it’d be quite a coincidence if the experience of the four pitchers mentioned above (especially considering that some analysts accurately predicted exactly what would happen when Cole went to Houston), the Pirates’ demonstrable reliance on fastballs, the decline of the team’s fortunes as it’s become more obsessed with fastballs, and the low K rates in the minors were unrelated.  I guess we’ll see as time goes on.

Today’s Starter and Notes: The Pittsburgh Pirates are on their All-Star break until Friday when they begin a three-game series on the road against the Chicago Cubs. Chris Archer will be on the mound in the first game back from the break.

The minor league schedule includes Indianapolis and Altoona returning to action. Indianapolis doesn’t have a starter listed yet, while the Curve are sending out Sean Brady, who has allowed either 1-2 earned runs in eight of his last nine starts. Bradenton’s Nicholas Economos has allowed one earned run in his last three starts combined, covering a total of 19.2 innings. Luis Nova will start for Greensboro. His last outing was limited to two innings due to a rain delay. In his prior start, he gave up one run over seven innings. Fifth round pick Grant Ford makes his third start for Morgantown. He has pitched three innings each time, both against Williamsport, while allowing a total of three runs. Bristol is having some major issues listing their correct starting pitcher lately, so I’m leaving it blank for now and you can read about all of them if you missed yesterday’s article.

From Indianapolis, here’s a nice piece on Trayvon Robinson and what he has been through to get this point. With the Triple-A/Double-A All-Star breaks this week, there hasn’t been any game highlights, but this is a worthwhile filler

TRAYVON'S TREK: it's been a long journey for @indyindians outfielder Trayvon Robinson. 13 @MiLB teams (@ABQTopes @RainiersLand @ChattLookouts @66ersBaseball among them), plus a stint with @caraquistas.
Now he's going back to the @TripleABaseball All-Star Game. @rtv6 tonight 11p pic.twitter.com/R6Zjp74XzS

Five former Pittsburgh Pirates players born on this date, plus one trade of note.  Starting with the most recent player first, we have lefty reliever Javier Lopez (2010), catcher Ed Ott (1974-80), pitcher Hal Gregg (1948-50), pitcher Harry Wolter (1907) and 1898-1900 catcher Pop Schriver. Wolter played one game for the Pirates on June 17, 1907, throwing the last two innings of the game. Earlier in that same season, Wolter was an outfielder for the Reds. After his one Pittsburgh appearance, he moved on to St Louis two weeks later, where he was also used as an outfielder. Ott was a member of the 1979 World Series champs. He hit .333 during the series and drove in three runs. He became the regular catcher during the 1977 season and remained as the starter until he was traded to the California Angels prior to Opening Day in 1981.

The trade on this date occurred in 1992, as the Pirates improved their starting rotation by adding pitcher Danny Jackson from the Cubs in exchange for third baseman Steve Buechele. The Pirates were able to move Jeff King to third base full-time and Jackson put up a 3.36 ERA in 15 starts.

On this date in 1902, the Pirates moved to 49-15 with a 6-3 win over the New York Giants. It gave them a 13 game lead in the National League and it was the start of a seven game win streak. The Pirates would finish the season 103-36, for their best record of all-time.