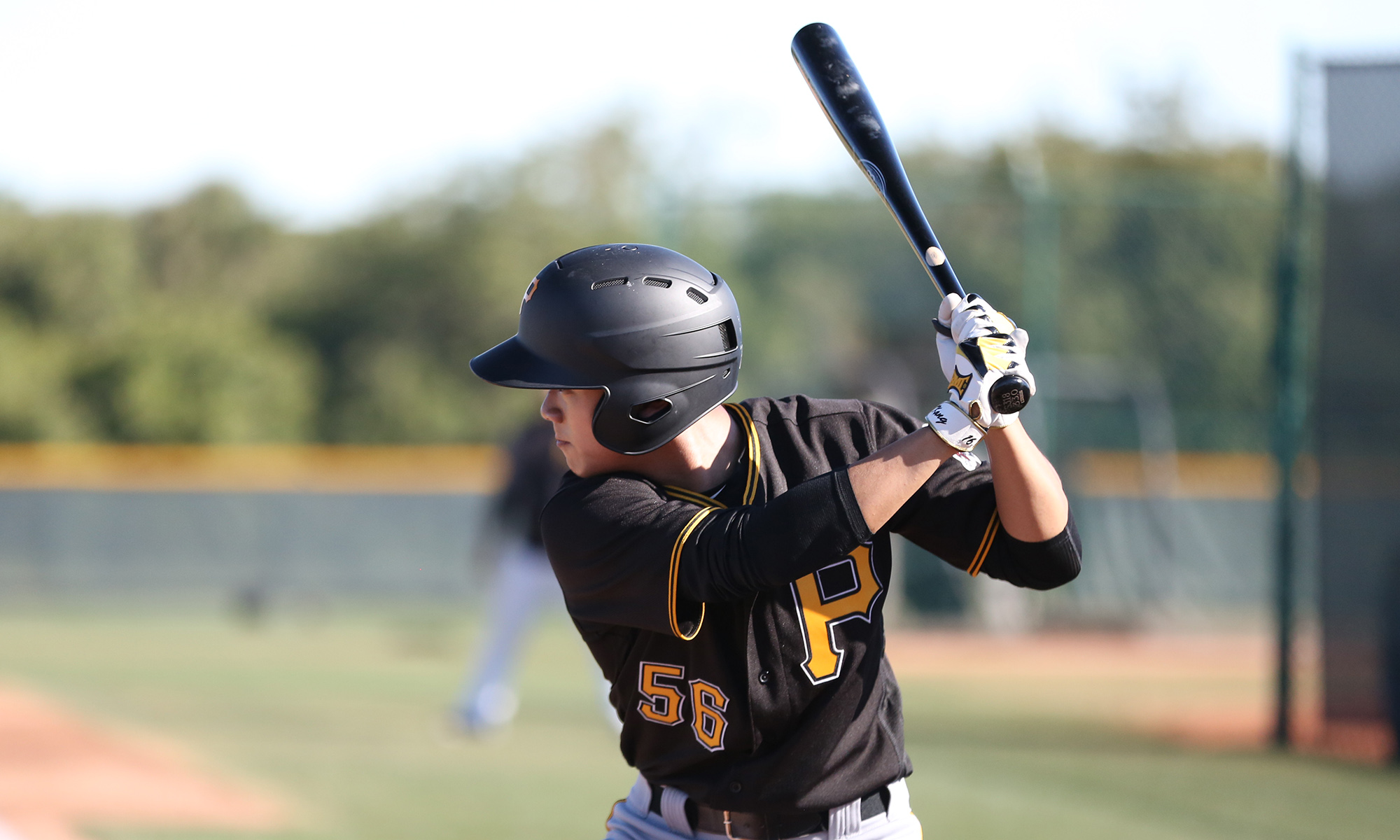 Indianapolis stopped its losing streak at five with a 7-6 win over Louisville.  Will Craig had the big blow, a three-run home run that capped a four-run eighth.  It was his 17th on the year.  Trayvon Robinson hit his fourth home run as a pinch hitter.  Kevin Kramer had a single and his 21st double.  Erik Gonzalez continued his rehab, going 0-for-4, which leaves him 0-for-10 so far.

Cam Vieaux started but came one out short of finishing the fifth.  He allowed three runs on five hits and three walks, while striking out six.  The bullpen managed to survive after that.  Geoff Hartlieb gave up a run in two innings.  Sean Keselica walked three of the four batters he faced, then Blake Weiman got the last five outs for the save.  He allowed one run.

Altoona scored three in the eighth on doubles by Chris Sharpe and Robbie Glendinning, then held on to beat Akron, 5-4.  Sharpe had two hits and three RBIs on the day; the double was his second in AA.  Glendinning’s double was his fifth.  Mitchell Tolman hit his third triple.

Cody Bolton made his second AA start and was hurt by a pair of gopher balls.  He lasted five innings, giving up four runs on six hits.  Bolton walked two and struck out three, and threw 46 of 81 pitches for strikes.  Beau Sulser followed with three scoreless innings to get the win.

Bradenton edged Jupiter, 3-2.  Gavin Wallace made the start and allowed just two runs, one earned, in seven innings.  He gave up seven hits and two walks, and struck out three.  Logan Stoelke threw the last two for the save.

Travis Swaggerty and Dylan Busby each had two hits.  Swaggerty hit his eighth double and Busby his 17th home run.  Oneil Cruz hit his third double, and Lolo Sanchez a single and his fourth steal for Bradenton.

Greensboro got a grand slam from Mason Martin to help beat Hagerstown, 9-7.  Martin now has 21 home runs and 79 RBIs.  Zac Susi and Jonah Davis had productive games.  Susi had his sixth double, a single and two walks, and scored three runs.  Davis reached base four times on two hits and two walks.  Ji-Hwan Bae reached three times on a single, his tenth double and walk.  Mike Gretler hit his ninth double with Greensboro and a single.

Steven Jennings started and had control problems in the first two innings.  He fell behind a lot and gave up a long, two-run home run in the third.  A third run scored when Jennings failed to cover first on a grounder and the runner later came around to score.  Jennings came out after four, as the Pirates are limiting his workload.  He gave up three runs, three hits and two walks, and didn’t strike out anybody.  Conner Loeprich got hit hard throughout the next four innings, giving up four runs, three earned.  Yerry De Los Santos struck out two in the ninth and got the save.

Hagerstown appeared to want no part of Martin.  The only times they threw him anything hittable were when he batted with the bases loaded.  The grand slam went into the trees beyond the right field fence, eliciting shouts from the Greensboro bench the moment it was hit.  Martin hit a fly ball close to the track, despite not getting good wood on it, in his other bases-loaded AB.  He walked the other three times.

Ji-Hwan Bae was impressive, making several plays on the run, along with a diving stop up the middle on which he got the out.  At the plate, he lined out to left, lined a single to left, and lined a double over the left fielder’s head that might have been out of most parks.  (Left field in Hagerstown’s ballpark is similar to PNC.)

Jack Herman struggled with his pitch recognition, frequently checking, or trying to check, his swing.  He went 0-for-5 with three strikeouts.

Jennings’ fastball was 89-91 mph.  He had trouble with his curve in the first couple innings, consistently bouncing it well in front of the plate.  He settled down a good bit after the second.

Fabricio Macias got hit with a pitch in the back of the helmet.  He stayed in to run, but came out afterward, so he may have had some concussion symptoms.

Morgantown suffered a bullpen meltdown and lost to Auburn, 7-5.  Winston Nicacio started and survived some control problems to go five innings, giving up just one.  He allowed four hits and four walks, and struck out only one.  Xavier Concepcion and Alec Rennard followed, allowing six runs combined, five earned, over the next two and two-thirds innings.

Ke’Bryan Hayes and Pablo Reyes resumed their rehabs, playing the full game at third and second, respectively.  Hayes was 1-for-3 with a double and a walk, and Reyes 0-for-3 with a walk and a steal.  The Black Bears had only five hits, with most of their offense coming on home runs.  Brett Kinneman hit his first since moving down from Greensboro.  Elys Escobar, a catcher acquired from Detroit, hit his first of the season.  Luke Mangieri hit his second.

Bristol scored a run in the ninth to tie its game with Kingsport, then won it in the 11th, 6-4.  Daniel Rivero tied it with a two-out single that drove in Francisco Acuna, who had two singles, his fifth double and his first steal.  Rivero then singled in the go-ahead run in the 11th.  Sixteenth round draft pick Eli Wilson went 3-for-4, including his second home run and his first pro steal.  Brendt Citta added his first home run and Jesus Valdez had two hits.

Tahnaj Thomas made his third start and it went much better than his first two.  After recording only five outs total in those two, he went five without walking a batter.  The only glitch was a three-run fourth, all unearned due to two errors.  Thomas allowed four hits and fanned five, and threw 52 of 83 pitches for strikes.  Yoelvis Reyes allowed one run and fanned five in three innings in relief.  Samson Abernathy struck out three in two scoreless innings and Bear Bellomy threw a scoreless ninth for his first pro save.

The GCL Pirates lost 12-7 to the Braves. Jase Bowen, the 11th round pick who received a $392,500 bonus to sign away from football and baseball at Michigan State, made his pro debut. He tripled in his first at-bat and later added a single and scored a run. Sammy Siani went 1-for-3 before leaving after being hit by a pitch. Emilson Rosado and Yoyner Fajardo each collected three hits, while Juan Pie went 1-for-5. Fernando Villegas made his season debut on rehab and he went 0-for-1 with two walks and two runs scored. He was scheduled to leave after five innings, and was replaced by Angel Basabe, who went 0-for-2.

Enmanuel De Los Santos made his second start and gave up four runs in 2.1 innings. Julio Rosario followed with three runs in 2.1 frames and Starlyn Reynoso also allowed three runs. Angel Suero gave up two runs before he could record the final out of the eighth inning. Matt Eardensohn was the only pitcher not to allow any runs. He went 1.1 innings.

Sergio Campana ($500,000), one of the Pirates’ top three signings in the just-completed signing period, seems to be heating up.  He had four hits, including his third triple, leaving him 11-for-19 in his last four games.  Campana has his OPS up to .824.  Fleury Nova also had a big day, going 3-for-4 with two doubles and three runs scored.  Darwin Baez had a single and a double, and Orlando Chivilli ($350,000) hit his first pro home run.

The DSL Pirates2 beat the Giants, 6-3.  Jorge Ramos, a 17-year-old from Mexico, threw five shutout innings in his third pro game.  He gave up two hits and two walks, and fanned six.  Francisco Hodge had a rougher time, allowing three runs — his first earned runs of the season — in two innings.  The Pirates had eight hits, all singles.  Catcher Geovanny Planchart was the only player with two hits.  Jauri Custodio reached base three times on a hit and two walks.  Alexander Mojica drove in two runs.