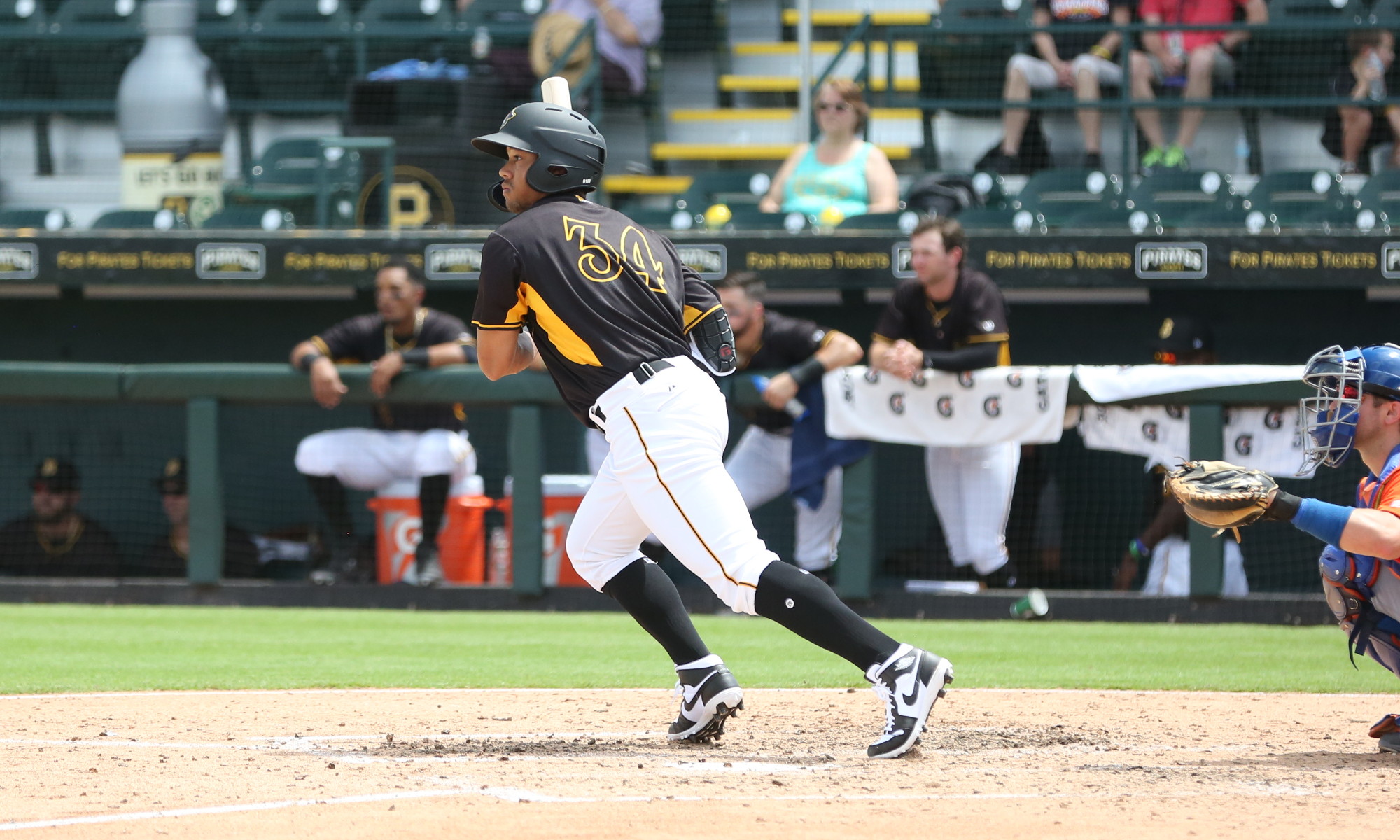 Indianapolis beat Durham, 3-1.  Mitch Keller had a strong start, going six innings and allowing a first-inning run on a single, steal, wild pitch and ground out.  He gave up four hits in all, walking none and striking out five.  Keller threw 62 of 89 pitches for strikes.  Dovydas Neverauskas followed with two scoreless innings, striking out four.  Montana DuRapau got the save, striking out three in the ninth.

Will Craig tied the game for the Indians in the fifth with his 19th home run.  Craig was batting for Hunter Owen, who took a one-hopper to the face in the top half of the inning.  Owen stayed in temporarily, but left the game while appearing to be in some pain.  J.B. Shuck put Indy ahead with his third homer.  Pablo Reyes and Jason Martin each had two hits.  Cole Tucker left the game in the seventh inning, but it didn’t appear to be the result of injury.

Altoona went into the sixth inning trailing Bowie, 6-0, but came back for an 8-6 win.  Sean Brady got pummeled for ten hits through five innings, and allowed the six runs.  Jesus Liranzo and Austin Coley each threw two scoreless innings in relief.

Bligh Madris tied the game in the eighth with his seventh home run, which came with two aboard.  Chris Sharpe then brought in the winning margin with his sixth homer for Altoona (he had five with Bradenton).  Sharpe also had an RBI single.  Jared Oliva had his obligatory two hits and Logan Hill drove in a run with his 21st double.

Bradenton bombed Tampa, 13-2, as Cal Mitchell drove in seven runs.  Mitchell had three hits:  an RBI single, a two-run double (his 19th) and a grand slam (his 13th home run).  Mitchell is now tied for fourth in the league in homers.  He’s fifth in slugging and tied for eighth in doubles.  Travis Swaggerty and Oneil Cruz each had three hits as well, and each scored three times.  Swaggerty got his 13th double and Cruz his fourth.  Mason Martin had two hits, including his third double for the Marauders, and Lucas Tancas also had a pair of hits.  Lolo Sanchez hit his second double and stole his seventh base at this level.

Max Kranick started and survived ten hits over six innings to allow just two runs.  Fortunately, all but one of the hits were singles.  Kranick was helped by two double plays and an outfield assist from Swaggerty.  He walked one and struck out three. Samuel Reyes got the three-inning save.

Greensboro roughed up former Pirates prospect Adam Oller in a 6-3 win over Augusta.  Justin Harrer had a big day, going 3-for-5 with his fourth home run.  Ji-Hwan Bae also had three hits, including his 16th double.  Bae is now batting .305.  Luke Mangieri reached base three times, including his first double since moving up to full season ball.  Jack Herman had two hits.  Victor Ngoepe made his full season debut, playing second and going 0-for-4.

Luis Nova made the start and threw three scoreless innings before leaving.  I’m not sure why he left, as he’d thrown only 51 pitches.  Cody Smith gave up two runs over four innings and qualified for the win.  Yerry De Los Santos got his sixth save with a 1-2-3 ninth, including two strikeouts.

Morgantown failed to put a runner on base in the first seven innings against Auburn, but got two in the eighth and three in the ninth for a 5-3 win.  With his team trailing, 3-0, Matt Fraizer broke up the perfect game by reaching on an error to start the eighth.  Matt Gorski followed with his first triple and Blake Sabol singled, accounting for two runs.  The Black Bears tied the game on a fielder’s choice in the ninth and Gorski drove in the winning runs with his sixth double.  Gorski’s two hits and Sabol’s one were the only ones Morgantown managed.

Starter Jesus Valles gave up three runs over five innings. He got help in the fourth inning by a 5-4-3 triple play. Denny Roman followed with two perfect innings and Garrett Leonard allowed no runs over the final two innings to get the win.

Bristol lost to Kingsport, 7-6, as a ninth-inning rally fell a run short.  Starter Jose Maldonado got knocked out with one out in the third, having allowed six runs, five of them earned.  He struggled to throw strikes, walking three and getting only 36 of 63 pitches over.  Enrique Santana, Luis Arrieta and Samson Abernathy combined for four and two-thirds scoreless innings in relief, although Santana let two of Maldonado’s runs score.  Trey McGough pitched the last two innings, giving up a run that proved to be the decisive one.

Josh Bissonette, Aaron Shackelford and Eli Wilson each had two hits.  Bissonette had the only extra-base hit, his fourth double.  The Pirates were just 1-for-8 with runners in scoring position, but got three runs on sacrifice flies, one on a ground out and one on a wild pitch.

The DSL Pirates1 are off on Sundays.

The DSL Pirates2 are off on Sundays.