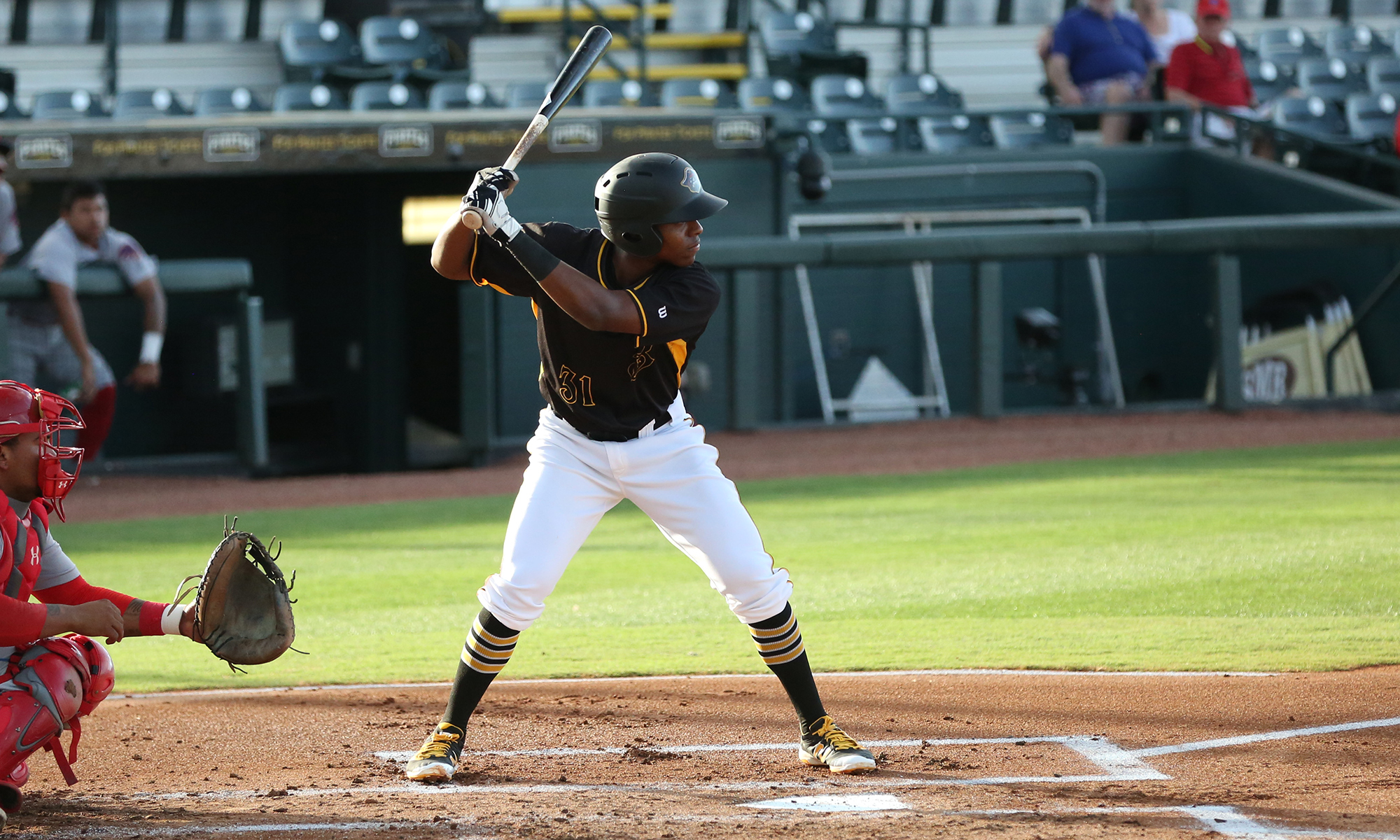 Indianapolis used four longballs to beat Columbus, 7-4.  Ke’Bryan Hayes had a big day, with three hits and three runs scored.  He hit his sixth home run and second in two days, along with his 22nd double.  He also stole his ninth base.  Pablo Reyes had a three-run homer, his eighth longball of the season and third in two days.  Jason Martin added his seventh homer and Jake Elmore his fourth.  Will Craig had two hits, including his 15th double.  Gregory Polanco walked and struck out, then exited the game for unknown reasons, although a trip to meet the Pirates seems a possibility.  Trayvon Robinson replaced Polanco as DH and reached base three times.

Alex McRae started and gave up three runs in the first, but recovered to last five innings with no more damage.  He allowed seven hits and a walk, and fanned six.  Tyler Lyons threw two perfect innings, striking out four.  Dovydas Neverauskas pitched the last two innings, giving up a run and striking out another three.

Altoona blew a late lead and lost to Erie, 6-5.  Angel German gave up a two-run home run in the eighth inning to give up a 5-4 lead.  Starter Domingo Robles allowed four runs on seven hits and a walk in six innings.  He struck out five.

Jared Oliva continued his torrid hitting, accounting for two of the Curve runs with his sixth home run.  He also walked twice and stole his 25th base.  After batting 222/314/345 in the season’s first half, Oliva is hitting 408/500/620 in 21 second half games.  Chris Sharpe and Bligh Madris each had two hits, with Sharpe getting his fourth double since moving to AA.  Logan Hill walked three times as Altoona had ten walks to go with seven hits, but they stranded ten runners.

Bradenton also blew a one-run lead in the eighth, losing to Fort Myers, 5-4.  Hunter Stratton was the culprit this time, allowing three runs overall in three innings.  Max Kranick started and gave up two runs in five innings.  He allowed five hits and two walks, and struck out three.

Rodolfo Castro provided half the offense with his third home run since his promotion.  Oneil Cruz and Raul Hernandez each had two hits.  Cruz stole his seventh base, Lolo Sanchez his sixth since being promoted, and Travis Swaggerty his 16th.

Greensboro outslugged West Virginia, 12-9.  The Grasshoppers haven’t had much trouble scoring runs despite the loss of their three best hitters; since Mason Martin’s last game with them, they’ve averaged nine runs per game.  Kyle Mottice, Fabricio Macias and Luke Mangieri led the offense in this one.  Mottice reached base four times on two singles and two walks, and scored three runs.  He has a .536 OBP in 33 games at this level.  Mottice also stole two bases, giving him 16 in 21 tries with Greensboro.  Macias had three hits, including his 15th double, stole his 13th base, and scored three runs.  He’s gone 3-for-5 in three straight games.  Mangieri had two hits and a walk, and drove in three runs.  Zac Susi had two hits and a walk, and Jonah Davis drove in two runs.

The pitching wasn’t quite as good.  Colin Selby gave up seven runs in four and two-thirds innings.  Five of the runs were unearned, but he did give up two home runs.  Conner Loeprich and John O’Reilly each gave up a run in relief, and Cody Smith threw a scoreless ninth for the save.

Morgantown got only three hits in a 4-1 loss to Brooklyn.  Braxton Ashcraft gave up three runs over six innings.  He allowed five hits and a walk, and struck out five.  The runs are all listed as earned in the box score at this time, but according to the log, one couldn’t possibly have scored without an error.  Francis Del Orbe threw a scoreless inning and Jacob Webb gave up an unearned run in his inning.  Dean Lockery drove in the only run with a double.  Blake Sabol and Kyle Wilkie had singles

Bristol lost to Pulaski, 8-6.  Starter Luis Ortiz didn’t get a lot of help, allowing seven runs, four of them unearned, in three and a third innings.  The last two scored on a home run allowed by Yordi Rosario after Ortiz departed.  Ortiz did give up six hits and two walks, so he wasn’t blameless.  Bear Bellomy struck out five over the last two innings.  He has yet to allow a run through his first seven outings.

On offense, Fernando Villegas and Francisco Acuna each had two doubles, Villegas’ first two and Acuna’s eighth and ninth.  Acuna now has a .962 OPS.  Aaron Shackelford also hit his ninth double; he has an OPS of .960.  Jake Wright hit his second double and drove in two.

The DSL Pirates1 are off for their All-Star break

The DSL Pirates2 are off for their All-Star break.