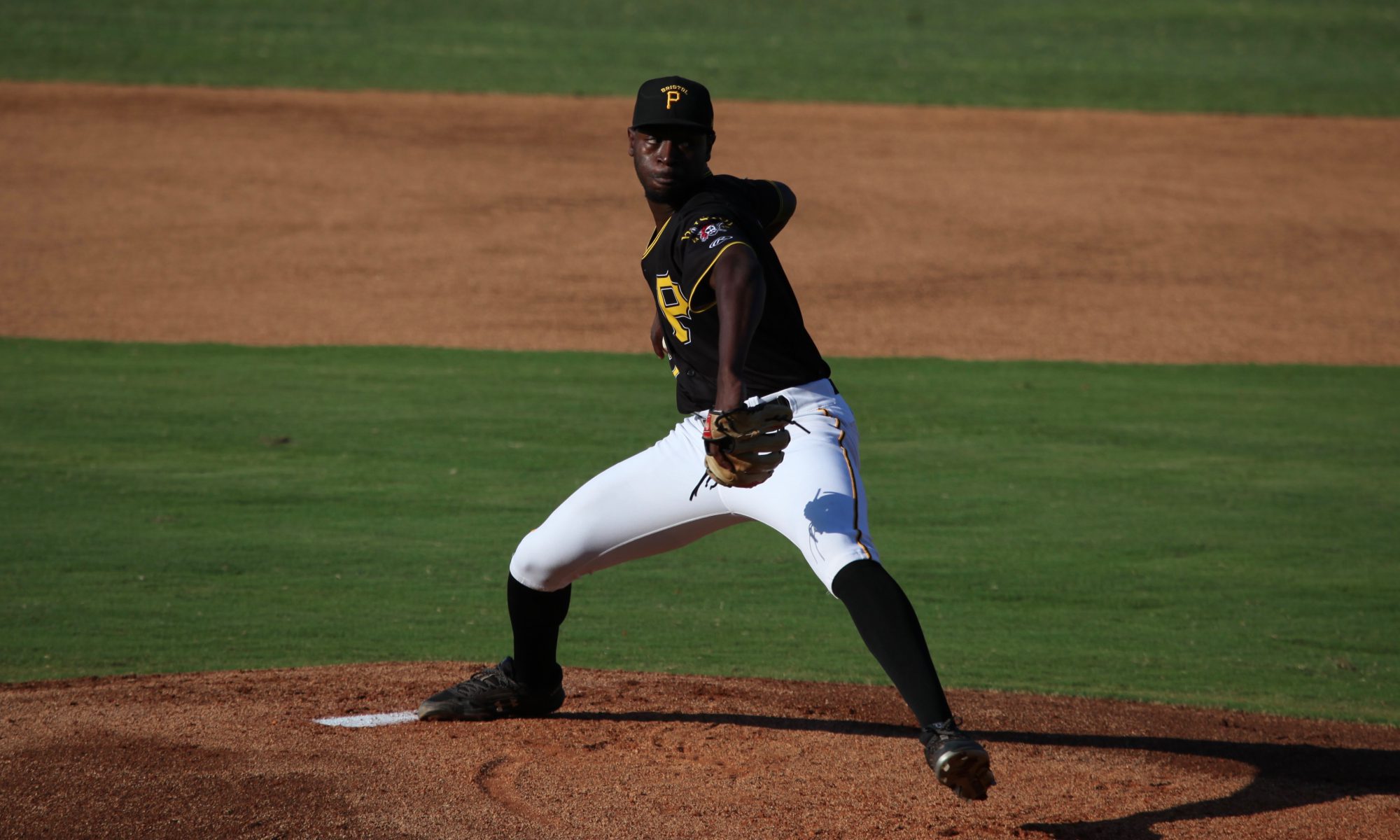 We are going to have a recap of the weekend action in Bristol coming up soon from Wilbur Miller, who is there covering three days’ worth of action. One of the players he will be talking about is Tahnaj Thomas, the 20-year-old, 6’4″ right-hander from the Bahamas. On Saturday night, Thomas tossed five shutout innings on three hits, with no walks and seven strikeouts. Wilbur will have details from the night, but I was able to get some other reports from the last two starts for Thomas and they were worth this quick separate article.

To put it plainly, Thomas is bringing heat. From his start on July 19th when he threw 36 total pitches before getting thrown out for hitting a batter, these were some of the radar readings, and they aren’t from a hot gun.

That’s 1/3rd of his pitches sitting 99-101 MPH and he obviously didn’t throw all fastballs.

From yesterday’s start, he was sitting 97-99 MPH most of the game, hitting triple digits three times again. His lowest velocity in these games was 95 MPH.

It was just three weeks ago that I wrote an article about the intriguing Bristol rotation and mentioned that Thomas had touched 99 MPH multiple times this season. He’s not touching 99 MPH occasionally anymore, he’s sitting at that speed now, and this is coming from a kid who is still filling out his frame. Plus he has walked just one batter in his last five starts combined, so he is throwing harder while also throwing more strikes.

Oh yeah, one more thing, his slider might be his best pitch when it’s all said and done. It was described as “just ridiculous” yesterday. That’s not a technical scouting term, but it just might be better.

If Tahnaj Thomas isn’t on your prospect radar, he should be now. Stay tuned for more.