Bristol Report, Part I: The Hitters 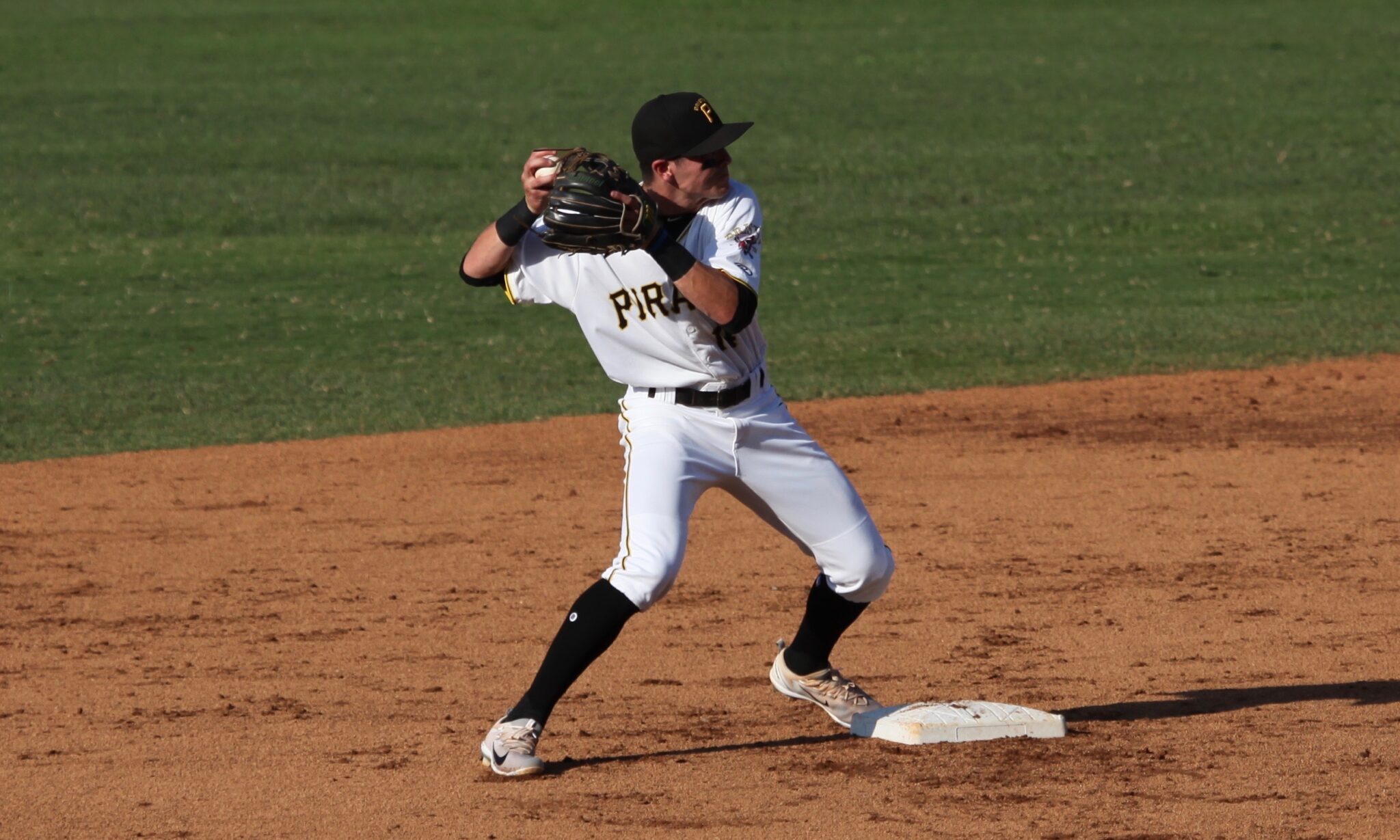 This is the first of two reports from Bristol’s Friday through Sunday series against Elizabethton.  First hitters, then pitchers.  It’s pretty much a good news, bad news situation, so I thought I’d start with the bad.

The short version is that this team has very little hitting.  It’s not exactly hard to notice; they’re next to last in the Appalachian League in scoring, and easily last in slugging and home runs.  It’s not that they’re especially young, either, as their weighted average age is just a hair above the league average.

I didn’t see much that you can’t tell from the numbers.  They did have a few players who were hitting the ball hard, mainly Francisco Acuna, Josh Bissonette and Fernando Villegas.  One problem in seeing the team over just three games, though, is that this team has a lot of players.  There are currently 17 position players on the roster.  They’re all listed as “active” (only some can be active for each game) and they’re all getting at least sporadic playing time.  In the three games, I saw Aaron Shackelford (who’s been one of their best hitters), Jesus Valdez (the trade acquisition for David Freese), Jake Snider (this year’s 20th round pick) and Jake Wright (32nd round) once each.  I didn’t see Jean Eusebio, who was their top international signee in the 2016-17 period, play at all, although he was there and appeared healthy.

Some comments on individual players (numbers in parentheses are draft rounds for this year’s draftees):

Ethan Goforth, C (25):  Goforth caught the Friday game.  He’s having a rough time at the plate so far in limited opportunities (43 AB), batting .140.  He did hit his first home run, but otherwise struggled with offspeed stuff.  He didn’t look good behind the plate, either at blocking pitches or throwing.

Eli Wilson, C (16):  Wilson has been the team’s primary catcher, and caught the Saturday and Sunday games.  He looks very agile behind the plate, moving quickly to block pitches, and showing good hands and a good arm.  He also runs well.  The athleticism isn’t surprising, as he was formerly a shortstop and a cross-country runner.  He showed some power potential, driving one ball to the fence in right-center (he bats right-handed), but he had trouble picking up slow stuff.

Josh Bissonette, 2B (31):  Bissonette (pictured above) played all three games, possibly because he was driving the ball consistently.  He had five hits, including two doubles and a triple, in the first two games.  On the triple, he just missed a home run because the ball happened to hit the scoreboard, which extends above the outfield fence.  He hasn’t been hitting that well all year; he had only four extra base hits before he got the three on Friday and Saturday.  On defense, he looked a little awkward, especially on the pivot, but he consistently made the plays (including the one in the photo).

Ernny Ordonez, 1B (33):  Drafted nominally as a third baseman, Ordonez has been the primary first baseman for Bristol.  He played first Saturday and Sunday, and didn’t do much at the plate.  Ordonez might be a solid utility infielder going forward, but he doesn’t have the bat for first.  This is typical for the Pirates; at all their affiliates that don’t have anybody named Craig or Martin, first base is handled by some combination of utility infielders, backup catchers and overage non-prospects.  John Dreker has noted a number of times that the lower levels are overloaded with outfielders who at least profile as potential prospects.  Why the Pirates don’t try some of these players at first just to get their bats in the lineup is a mystery.  But they prefer to have obvious non-prospects fill the position while recent draft picks and six-figure international signees ride the bench.

Francisco Acuna, SS:  Acuna has been easily Bristol’s best hitter this year and he continued blistering the ball in all three games.  He’s listed at 5’7″ and showed no power before this year, but he looks like he’s filled out some and is now tied for the league lead in doubles.  I’m not sure he’ll have the range or arm to stay at short, but he didn’t get a lot of action in the three games.  (It seems like every game I see, all the grounders go to second or third.)  Acuna is still only 19 and may be worth watching.

Daniel Rivero, CF:  Rivero would have been my pick as the team’s best position prospect at the start of the season, but he’s struggled so far.  That included Friday and Sunday in this series, as he had trouble picking up anything slow.  Several times he fell to one knee when fooled on a swing.  Rivero is making a slightly big jump, skipping the Gulf Coast League, so he may just need time.  In the field he showed good jumps and routes, and looks like he can handle center going forward.

Chase Murray, OF (13):  Murray played Friday and Saturday, and played center when Rivero didn’t play.  He seemed intriguing when drafted, as a guy who hit well in college and summer ball until he was hampered by an oblique injury this year.  He made some hard contact, but swung and missed a lot for a guy who’s not expected to hit for power.  It’s possible he hasn’t fully recovered from the injury.

Fernando Villegas, OF:  Villegas has had some trouble getting off the ground since he signed.  He got delayed last year by MLB’s investigation of Mexican signings, then was hurt early this year.  He’s hit well in limited action since he joined Bristol and drove the ball a couple times against Elizabethton (he played all three games), but he seems right now to have more warning track power than anything, and he’s probably limited to a corner.  He’s 21, which isn’t a great age for this level.

Joseivin Medina, OF:  Medina is a 6’4″ corner outfielder who’s been a slight mystery.  The Pirates promoted him from the Dominican Summer League to the GCL during the season last year, which isn’t common.  They then moved him up to Bristol even though he hit very little in limited time in the GCL.  He didn’t play much early this season, but seemed to hit his way into more time with an 8-for-14 stretch.  So I’m not sure whether the Pirates see him as a possible prospect or just a guy to fill in at times.  Of course, he also has to deal with the logjam of outfielders.  He played Friday and Sunday and spent most of his time getting fooled by offspeed stuff.  He also seems to have a slow bat.  He runs fairly well but didn’t run a good route on the one tough play he had in the field.