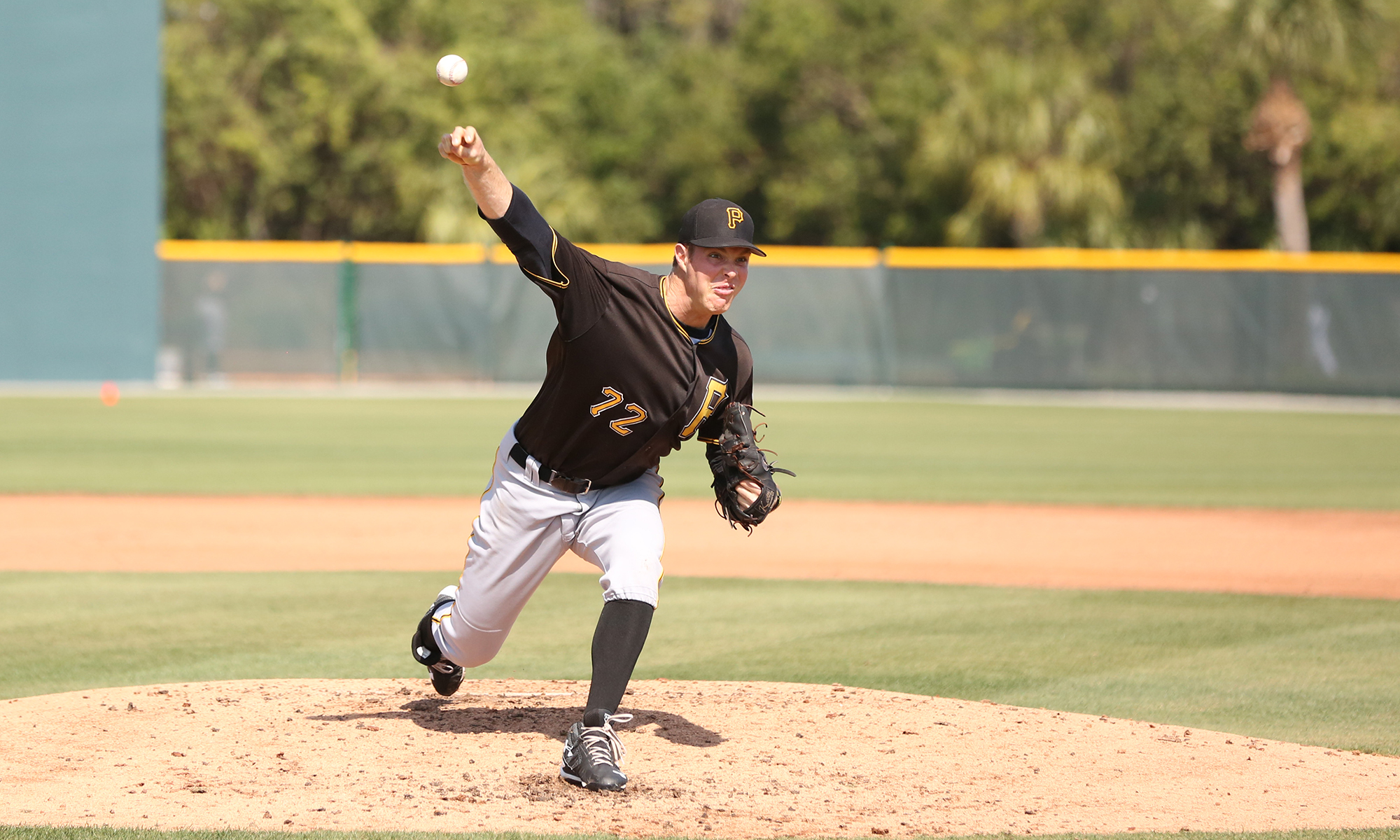 James Marvel had a strong month of June in Altoona, but he was overshadowed by the performance of his teammate Pedro Vasquez, who was our June Pitcher of the Month. Marvel was the one who got promoted at the end of the month though, and he put up strong numbers in July as well. Despite moving to a level where the offense has been huge all season, Marvel posted a better ERA, WHIP and strikeout rate than he did in June at Altoona. That’s why James Marvel is the Pirates Prospects Pitcher of the Month for July.

Marvel last pitched in Altoona on June 30th, finishing off his month with a 2.21 ERA in 40.2 innings, with 38 strikeouts and a 1.03 WHIP. That inning total for a month is almost unheard of in the Pirates farm system. For reference, the highest total this past month was 31.1 IP. Marvel made a total of 17 starts this season with the Curve, in addition to the five at the end of the year, so he nearly put in a full year at the level. This year’s stats show a 3.10 ERA in 101.1 innings, with 83 strikeouts, a .228 BAA and a 1.07 WHIP. Those are solid overall stats, but they clearly show that he improved a lot in June to earn this promotion.

In his debut with Indianapolis on July 5th, Marvel tossed seven shutout innings on three hits, with no walks and six strikeouts. That’s a great debut, but it wouldn’t be his best outing of the month and it wouldn’t be smooth sailing all month either. In his second start eight days later after the All-Star break, Marvel began with four more shutout innings. However, the game got out of hand and five runs scored in the fifth, which knocked him out of the game early. That turned out to just be a bump in the road.

Five days later Marvel was back out there and he quickly erased the bad memory of that last game. In six shutout innings, he gave up one hit, one walk and struck out nine batters. What makes that even more impressive is that he did it against a Syracuse team that just scored 40 runs over the previous three games, including one game against Mitch Keller, who entered and left his game with the league lead in ERA.

On July 24th, Marvel nearly repeated his strong performance and did it against the same Syracuse team. He went six shutout innings again and for the second time in a row, he gave up just one hit. This game included four walks and seven strikeouts. Marvel made his final start on Tuesday and gave up two runs over six innings on three hits, a walk and six strikeouts. Batters hit just .146 against him for the month, including a .122 mark from lefty hitters.

Marvel now has one month left to show what he has at Triple-A and possibly earn a promotion to the majors in September. He will be Rule 5 eligible this off-season, and right now you would have to think that he’s going to be added to the 40-man roster. He throws a low-90s fastball with deception in his delivery, a lot of movement on the pitch and solid command, with the ability to hit spots all around the zone. His changeup is extremely effective and can be used in any count. He’s used it as a strikeout pitch at times. The real key here is his curve ball, which we have highlighted numerous times this year in our Morning Report. It’s another pitch that he can throw in any count and it’s extremely effective against left-handed batters, with nice 11-to-5 break down and in to their back foot. It’s a strong three-pitch mix that should get him to the majors soon.