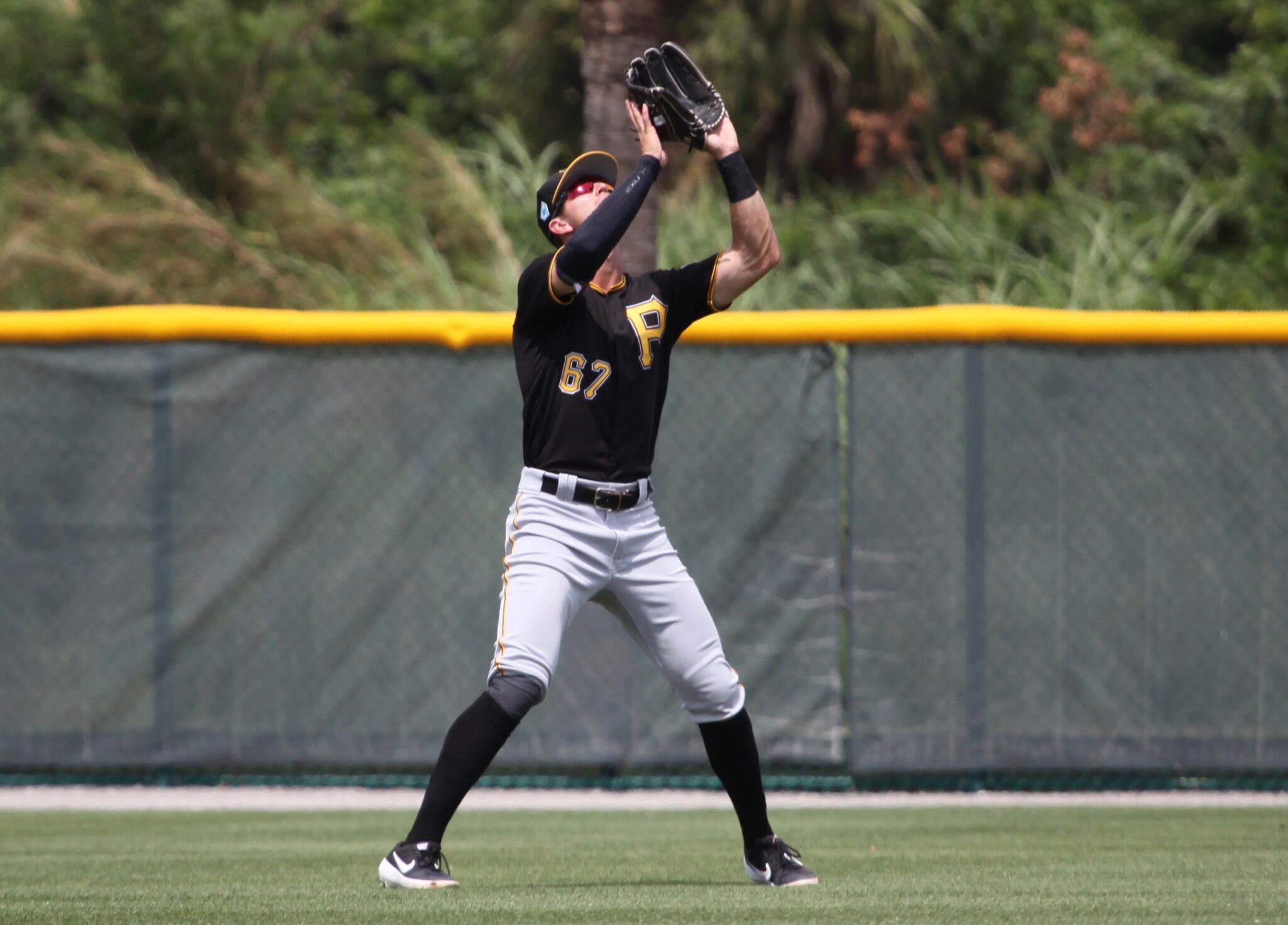 Jared Oliva is having a good year for Altoona this year, hitting for a .285/.363/.424 line in 384 plate appearances. That was highlighted this past month with a .388 average and a .987 OPS, which was enough to earn Oliva the Pirates Prospects Player of the Month award for July.

Oliva has put up similar numbers the last two years in Bradenton and now Altoona. Last year he had a .275/.354/.424 line in 454 plate appearances in Bradenton, along with nine homers. He hasn’t seen much of a power increase this year, with six homers and the same .424 slugging, but has maintained a strong average and a high on-base percentage.

There isn’t a huge need for power with Oliva’s game. He’s a strong defender in center field, meaning he could carve a path for himself to the majors just by hitting for average and getting on base. He’ll need to hit for some power to be a starter on a first division team, but without that power he could be a good fourth outfielder.

Oliva had some strong competition this month, with Oneil Cruz putting up big numbers in Bradenton and earning a promotion to Altoona. Mason Martin also had a big month, hitting for a .247/.396/.600 line between Low-A and High-A, providing the strongest competition to Oliva. Martin didn’t show up on the list below due to his numbers being split between two levels.