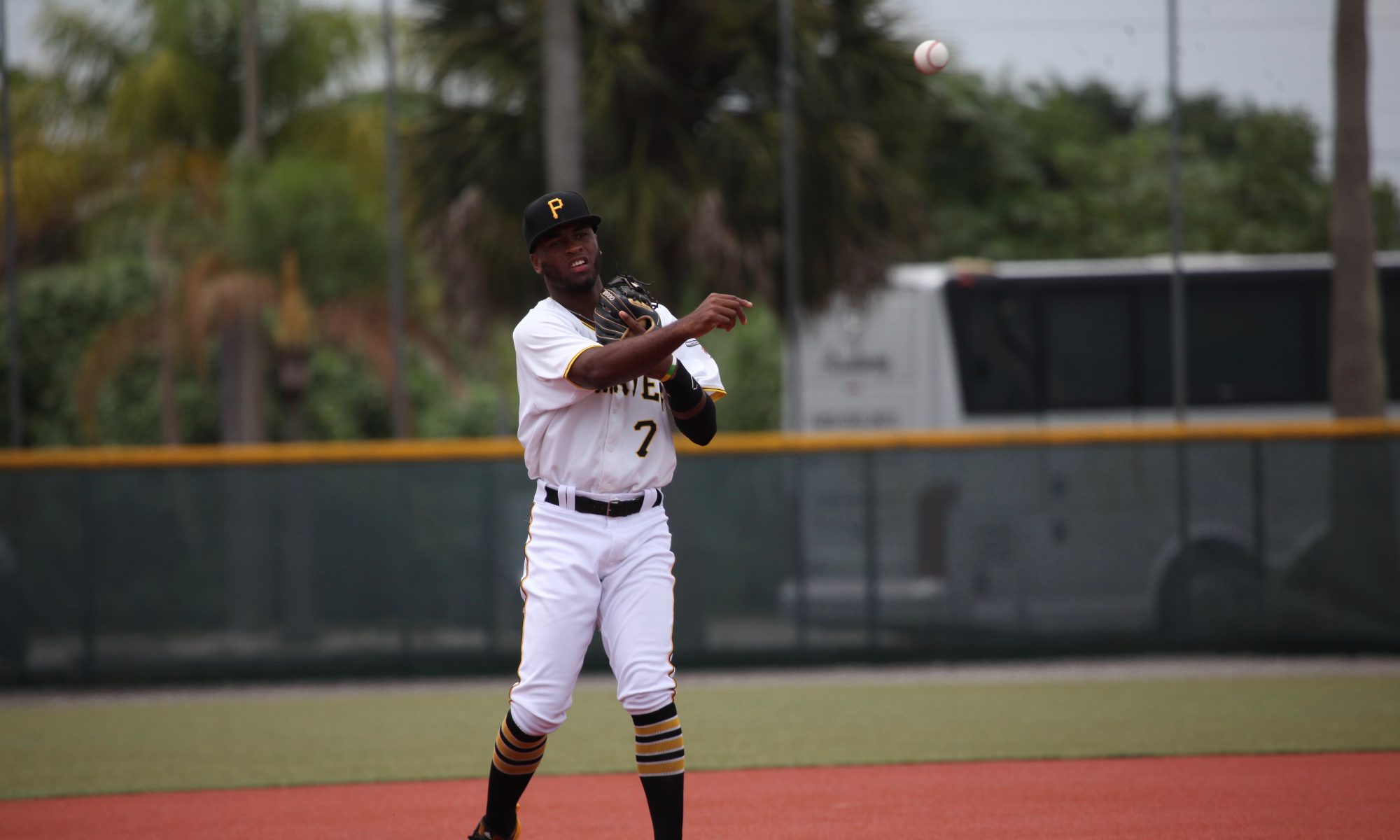 The Pittsburgh Pirates promoted 20-year-old infielder Yoyner Fajardo to Bristol on Monday. He was with Morgantown at the start of the season while they waited for draft picks to sign, but he’s been in the Gulf Coast League since the season opened down there and has been performing well.

Fajardo was signed as an international free agent last March, shortly before his 19th birthday. He began his career three months later in the DSL and hit well from the start. Fajardo was the best hitter on either of the Pirate affiliates down in the Dominican last year, batting .311/.402/.455 in 62 games, with a 29:28 BB/SO ratio. He also went 17-for-20 in steals. His saw 10+ starts at shortstop, third base and second base, while also seeing very brief time at all three outfield spots.

Fajardo was one of the few players from the DSL who participated in Fall Instructional League games last year, while all of the other DSL players were going through off-field training. He has been back in the U.S. since March this year and after his week with Morgantown (went 0-for-2 in one game), he has been putting up solid numbers in the pitcher-friendly GCL. Fajardo was hitting .337/.395/.365 in 28 games before the promotion. He went 16-for-20 in stolen bases, and he spent most of his time at second base, though he also saw time at third base and in left field. He ranks fifth in the GCL in average and second in steals.

While he is only in his second year, Fajardo was on the old side for the GCL. This puts him at a better level for his age and will be a nice test to end out the season. He is a professional hitter, who makes a lot of contact, then can use his speed once he’s on the bases. The power numbers aren’t there this year with only three doubles, but we saw some power last year, plus the Appalachian League is definitely more hitter-friendly than the GCL, so we could see an increase with this move.

UPDATE: As soon as I hit publish on this article, I got word that outfielder Fernando Villegas was promoted to Morgantown. He was our Player of the Week this morning. So it was great timing on that article, bad timing on posting this article. I actually stretched out the Fajardo info to give more time to get an answer about other possible promotions.

You should already know about Villegas from the article this morning, but as a quick refresher, he was a signing out of Mexico right around the same time Fajardo signed, and he had to wait for his contract to be approved. Villegas was considered one of the top available prospects when he signed with the Pirates, ranking slightly behind Fabricio Macias, who was his teammate in Mexico.

Villegas put up an .852 OPS in 25 games in the GCL last year, then missed the beginning of this season due to a minor injury late in spring. He was actually putting up strong stats in Extended Spring Training, and was named as one of better hitters down there when I check in late in May. After a few rehab games in the GCL, Villegas has hit .319/.372/.472 in 18 games with Bristol. He will be in Morgantown tonight and available to play.