Morning Report: A Look at the Progress from the Opening Day Rotations 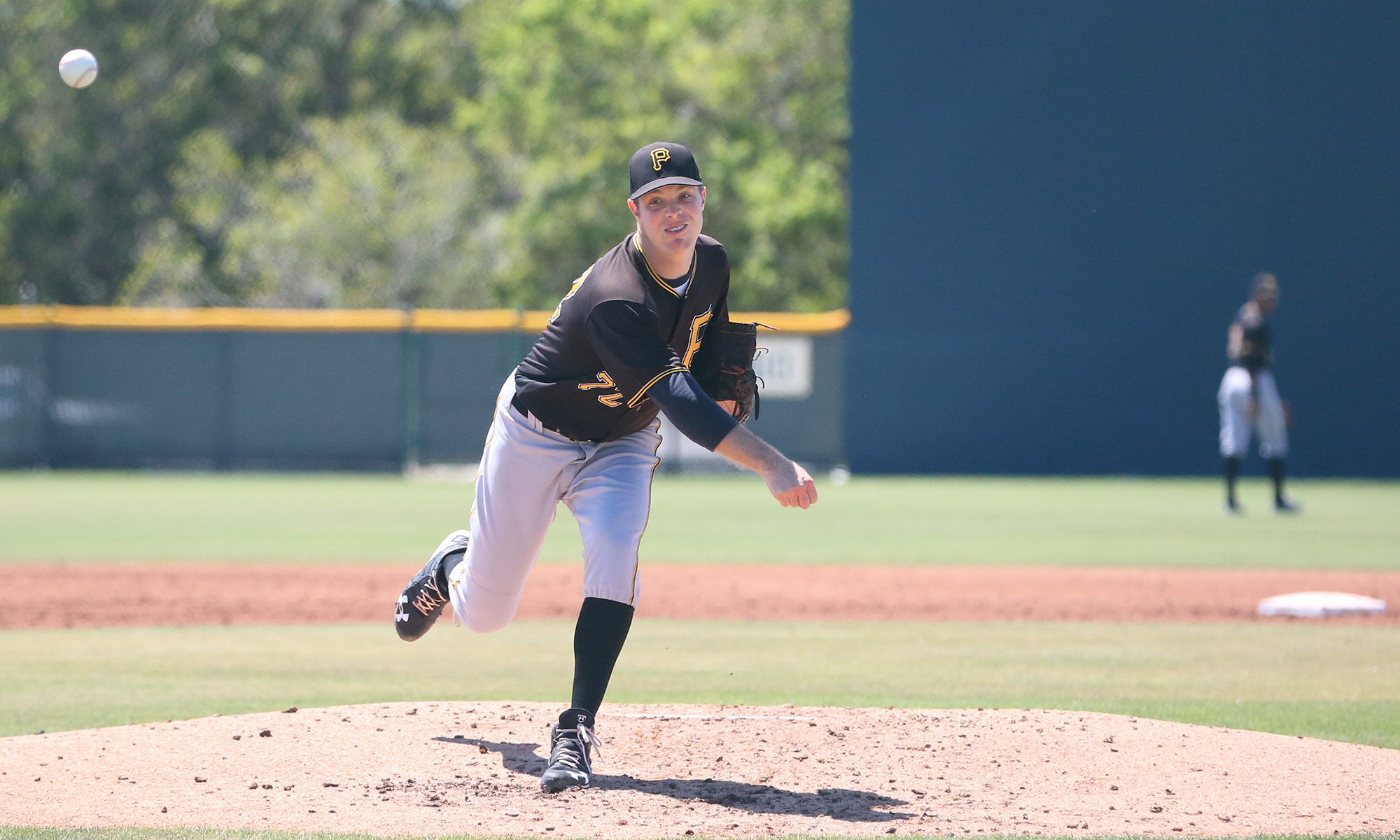 Early each minor league season, we post an article about how the Pittsburgh Pirates acquired their minor league starting pitchers. There have been a few of those articles now, so you can see the progress that they made in developing international players and draft picks over time, or look at how often they needed to fill out the rotations from the outside. Here is this year’s article, which I’m going to look back at now that the minor league season is in the final ten days. Here’s an update showing how those 20 starters have performed this year.

Mitch Keller – Keller was leading the International League in almost everything when he was called up to the majors two weeks ago. His limited big league time hasn’t gone as well (last night was nice), but he’s getting great experience towards next season.

JT Brubaker – Brubaker has missed most of this season, which couldn’t have come at a worse time, because he would have had plenty of Major League opportunities this year. Instead, he has pitched just 27.2 innings, including his brief rehab with Morgantown.

Alex McRae –  Brubaker’s loss was McRae’s gain. McRae has put up mediocre stats in Indianapolis, which look worse for those who don’t take the huge year on offense around the league into consideration. Just being healthy has led to him making six MLB appearances this year.

Rookie Davis – Davis had dealt with multiple issues throughout the season, which has limited him to 56.2 innings, with some of that time spent in the majors. He has made just nine starts this year.

Eduardo Vera – Vera had a very rough season from the start, especially since early in the year he was throwing 88-90 MPH, when he was 93-95, touching 97 MPH at his peak. He also went from a pitcher with command, to someone with average control. He was released about two weeks ago and quickly signed with the Washington Nationals.

Dario Agrazal – Agrazal worked to his way Indianapolis early, then turned a strong run into eight big league starts. He has really fallen off during the second half, but his early big league performances helped the Pirates before they went into free-fall mode.

Cam Vieaux – Vieaux pitched well in Altoona, struggled with a promotion to Indianapolis, then returned to Altoona and has put up two strong starts. Including his final start in Triple-A, he has thrown 18 shutout innings in a row.

James Marvel – No one has made more progress this year than Marvel, who looks like he should get a chance at the majors in September. He had an impressive run through Altoona, then has put in some absolute gems in Indianapolis.

Pedro Vasquez – Vasquez went on a tear mid-season, but has come back to earth recently. He got demoted from Indianapolis earlier in the year, one day after throwing six shutout innings. Vasquez followed that up with an 0.87 ERA in June. His prospect status has at least improved, even if he isn’t throwing now like he did for five weeks in the middle.

Scooter Hightower – Hightower pitched poorly early, was replaced in the rotation, then retired mid-season. He was only in the rotation because Gage Hinsz suffered an injury after Opening Day, but before his first start.

Domingo Robles – Robles earned a mid-season promotion to Altoona, but he has struggled with the jump in talent. He turned 21 years old during the season, so that’s a really young age for a Double-A pitcher. He’s up over 150 innings this year.

Aaron Shortridge – Shortridge has put up a strong season, highlighted more recently by an increase in velocity without sacrificing any command. He’s currently among the FSL leaders in numerous categories, all while skipping over Low-A in his first full season of pro ball.

Oddy Nunez – Nunez looked to be regaining some of his velocity from 2017, but then a back strain in mid-May ended his season early. He appeared to be coming back in June, but had a setback during his rehab. His control was poor in most of his starts and prior to the injury, it looked like his time in the rotation was nearing the end.

Max Kranick – Kranick put together a solid season before the Pirates shut him down recently. At the time, he was leading the FSL in innings pitched, but now Shortridge is the league leader. His development this year includes adding velocity (hitting 97 MPH in most starts) and working on his slider, which he varies speeds on. More recently, he was throwing more changeups to get that pitch back.

Cody Bolton – Bolton had an incredible run through Bradenton, leading to an unexpected promotion to Altoona. We knew his innings were going to be limited due to so much missed time last year, so it seemed odd at the end of the year to challenge him against better hitters, while limiting him. His Altoona time had some high points and some blowups. It appeared that he was overthrowing the ball, giving Double-A hitters too much credit, instead of sticking with what helped him dominate in High-A.

Steven Jennings – Jennings has been in the Greensboro rotation all year and the results are mostly average. No dominating outings, not many poor performances either. He’s usually hurt by one bad inning each game, then can breeze through 3-4 innings at a time.

Braeden Ogle – Ogle made just two starts before he went to the bullpen. Part of that was limiting his innings after he barely pitched in 2018, but also because he was seeing a quick decrease in his velocity during starts. He pitched well in relief, which helped him move up to Bradenton, where the results have been average in limited time. He should get a lot more work next year.

Brad Case – Case battled in Spring Training to get this starting job, then made the most of it, which led to a promotion to Bradenton at the All-Star break. The results were decent in High-A at first, but they have slipped recently. I’m sure that the wonderful summer weather combo of afternoon rain, followed by unbearable humidity, hasn’t helped at the end of the season.

Osvaldo Bido – Bido pitched great for most of the season, then has recently received a promotion to Bradenton. He’s being limited late like a lot of other pitchers here, but it turned out to be an impressive season, just two years removed from struggling to throw strikes in the DSL.

Alex Manasa – Manasa started off really strong, racking up strikeouts at a pace we haven’t seen from him. Like Jennings, he has been in the Greensboro rotation all year and it’s been a solid overall season. He has failed to make it through five innings in just two of his 23 starts this year, and one of those games was 4.2 innings with 11 strikeouts and one earned run.

Greensboro has 10 games left. They trail by 7.5 in the division and they are four games back for the second best record, which could possibly get them a playoff spot.

Morgantown has 11 games left. They trail by a 1/2 game in the division and one game in the wild card.

Bristol has 5 games left. They are 1.5 games out of first place and a 1/2 game ahead of the third place team. Two teams make the playoffs in each division.

Today’s Starter and Notes: The Pittsburgh Pirates won 3-2 over the Cincinnati Reds on Friday night. They will send out Trevor Williams in game two of the series. In four starts this month, he has a 10.00 ERA in 18 innings. Williams faced Cincinnati in his first two starts of the season, throwing six shutout innings in his debut, followed by three earned runs over six innings in his second start. The Reds will counter with 28-year-old lefty Alex Wood, who has a 5.92 ERA in 24.1 innings, with 21 strikeouts and a 1.52 WHIP. He has made just five starts this season after missing more than half of the year with a back injury. Wood allowed four runs over five innings to the St Louis Cardinals in his last start.

The minor league schedule includes the third start back at Altoona for Cam Vieaux, who has thrown 18 straight scoreless innings, dating back to his last Triple-A start. Indianapolis is sending out Brandon Waddell, who gave up six runs over two innings in his last start. His previous start was by far his best with Indianapolis, allowing one run over six innings. Gavin Wallace will go for Bradenton. He has given up 11 runs on 18 hits over 10.2 innings in his last two starts combined.

Alex Manasa makes his 24th start for Greensboro. The last time he pitched in Hickory, he had his best outing of the season, tossing seven shutout frames. His last road start was six shutout innings with eight strikeouts. Jesus Valles starts for Morgantown, coming off of his appearance in the NYPL All-Star game. In his last 22.1 innings, he has allowed two earned runs. Bristol is sending out Dante Mendoza, who threw a season high five innings in his last start. His last shutout outing was against today’s opponent, Johnson City. The GCL Pirates have their second straight doubleheader. The DSL regular season ends today. The Pirates2 received a first round bye, so their playoffs will start later next week.

From Altoona, it was a good thing that I didn’t post all of the highlights from Wednesday night, because neither Altoona nor Indianapolis posted highlights for Thursday’s games. So here is Jesus Liranzo closing out Wednesday’s game, needing just two pitches. He has an 0.38 ERA since being demoted to Altoona

Four former Pittsburgh Pirates players born on this date, including an infielder for a World Series winner, who went on to manage the team for two full seasons. Starting with the most recent player first:

Jewel Ens, 1922-1925 infielder and manager from 1929 until 1931. He also served five years as a Pirates coach under Pie Traynor. After hitting .296 in 47 games during the 1922 season, he moved into a coaching role and occasionally saw playing time. Ens played a total of 67 games for the Pirates, his only Major League team. He had a 176-167 record as a manager for the Pirates, taking over the team late in the 1929 season.

Bill Kelsey, 1907 catcher. Played just two career Major League games, both at the end of the 1907 season for the Pirates. Went 2-for-5 with a run scored.