Morning Report: A Look at the Remaining Minor League Schedule and Playoff Pictures 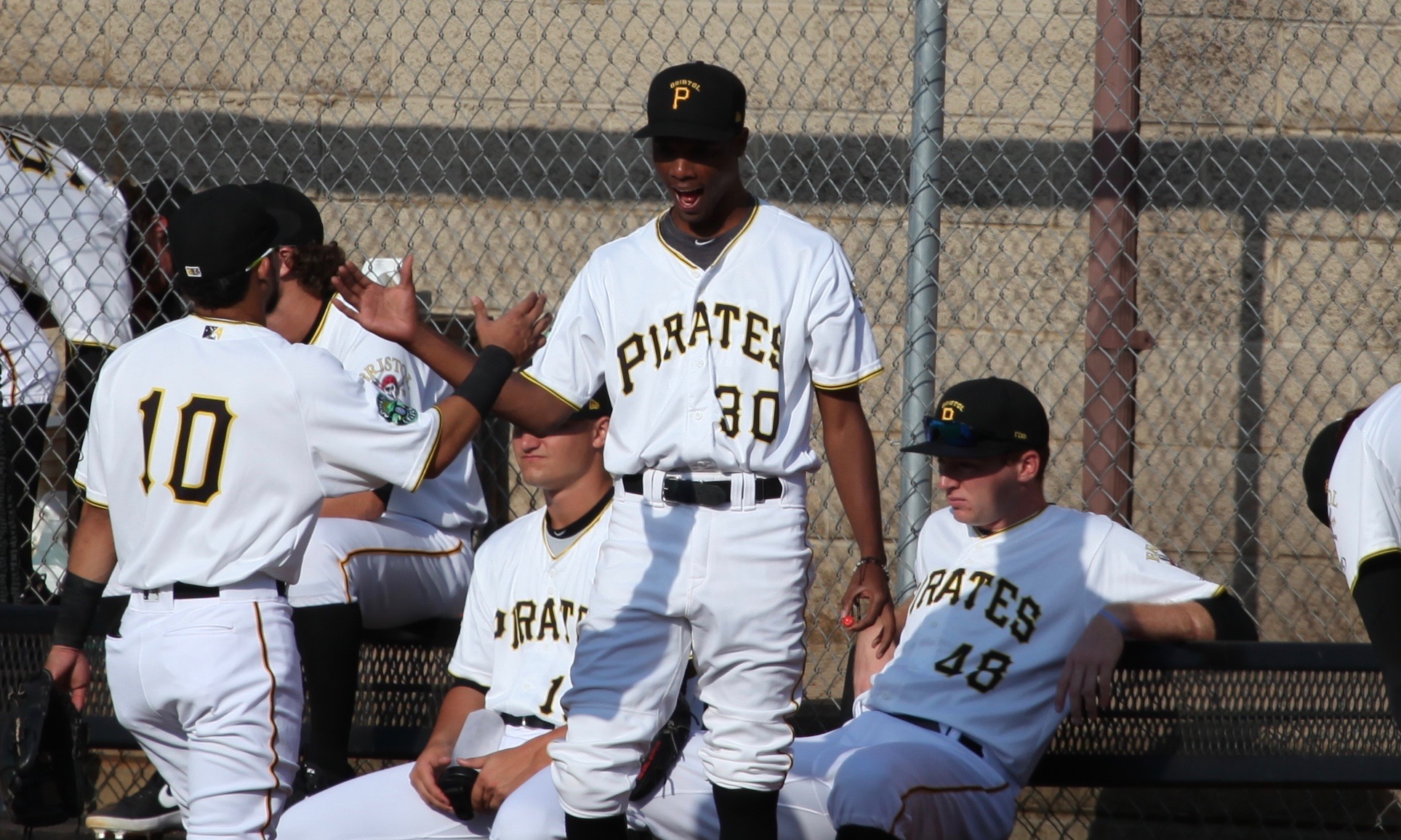 Today officially marks less than one full month left in the minor league season. We are adding the Playoff Push section back to this article so you can follow the teams until they either clinch a playoff spot or get eliminated from the playoffs. I’ll start by saying it’s going to be a lot more of the former, as only one team is in a really good spot for the playoffs right now.

In most years, checking the remaining schedule and playoff picture at this time shows you where possible promotions could be taking place. For example, if Altoona looked like they would make the playoffs and Bradenton didn’t have a chance, then you could see prospects get late promotions from Bradenton, so they could not only get a taste of Double-A, they get to play extra games. This year however, you may see just as many of these late promotions because no one will be held back at a level for the playoffs. So they still get that taste of better competition, without the extra games or missing games.

Indianapolis – The Indians have 30 games left. One thing of note is that the Triple-A season ends earlier this year than most years, so if Indianapolis doesn’t make the playoffs, then the September call-ups will all be up by September 3rd this year. Indianapolis is in the same spot for the division and the wild card, trailing by six games to Columbus and six games in the wild card behind three teams.

Altoona – The Eastern League switched to a split schedule this year and Altoona didn’t win the first half. They have 30 games left this season and trail by 11.5 in the division. In split schedules, if the same team wins both halves, then the second best overall record gets a playoff spot. That won’t happen here, as Harrisburg is buried in fourth place with a playoff spot already clinched. Altoona is basically out of it, but we will give them the courtesy follow anyway.

Bradenton – The Marauders have 31 games left. They play a split schedule league and missed the playoffs in the first half. They are in third place now, 7.5 games back. Not a great spot, but not hopeless either.

Greensboro – The Grasshoppers have 29 games left. They missed the first half playoffs and now sit six games back in the standings in third place. The good news here is that the same team that won the first half is winning the second. That means that Greensboro could be battling Hickory for the second playoff spot and they only trail them by 2.5 games.

Morgantown – The Black Bears have 30 games left, even with the All-Star break still coming up. They trail by five games in the division and four in the wild card, where they sit in third place. This is a spot where you could see players from Bristol or the GCL get moved up late for some extra time.

Bristol – The Pirates play a slightly shorter schedule, so they only have 26 games left and that includes a doubleheader. Their season ends five days earlier than the five teams already mentioned above. Despite a losing record, Bristol is far from out of the playoff picture. It’s a ten-team league and four teams make the playoffs, so it’s not difficult to get to the postseason. They are currently in third place, 4.5 games back and 2.5 out of a playoff spot.

GCL Pirates – The Pirates have 25 games remaining, though their season ends three days after Bristol, so it’s unlikely that you will see promotions from here to that level unless it’s based on need or Bristol makes the playoffs. The Pirates are in last place, 7.5 games back, so they aren’t making the playoffs. It’s enough time to make up 7.5 games, but not to also jump over five teams that will be playing each other often.

DSL Pirates1 – The Pirates1 have 19 games left and they trail by 18 games, so basically they are eliminated already. Only the division winners in the league make the playoffs. The good news here is that the Pirates have two DSL teams and players can switch teams, so the best players from this team can go to the playoffs with the other club.

DSL Pirates2 – With 19 games left, the Pirates2 don’t have a team within 15 games of them for the division title. They can clinch today, but more importantly, they aren’t far from clinching a first round bye in the playoffs, with a seven-game lead for that spot.

Bradenton has 31 games left. They trail by 7.5 games in the division.

Greensboro has 30 games left. They trail by six in the division and 2.5 for the second best record, which could possibly get them a playoff spot.

Bristol has 26 games left. They trail by 4.5 in the division and 2.5 out of the second playoff spot.

GCL Pirates have 25 games left. They trail by 7.5 in the division.

DSL Pirates1 have 19 games left. They trail by 18 in the division.

DSL Pirates2 have 19 games left. They lead by 18 in the division.

Today’s Starter and Notes: The Pittsburgh Pirates won 8-4 over the New York Mets on Friday night. The Pirates will send out Chris Archer tonight for his 20th start. He had a 5.79 ERA in five July starts, including five runs over five innings against the Mets on Sunday. Archer has a 4.25 ERA at home and 7.14 on the road. The Mets will counter with Marcus Stroman, who posted a 2.96 ERA, a 1.23 WHIP and 99 strikeouts in 124.2 innings with the Toronto Blue Jays. This will be his debut with the Mets. He had a 1.80 ERA in July.

The minor league schedule includes Cody Bolton getting the start for Altoona. He allowed one run over six innings in his last outing, striking out eight batters. That’s his high strikeout total since being promoted to Double-A. Max Kranick goes for Bradenton, making his league leading 21st start. He gave up one run over 5.1 innings in his last outing. Kranick has allowed either one or two runs in eight of his last ten starts. Brandon Waddell makes his second start since returning back to Indianapolis. He gave up five runs over six innings in his first game.

From Altoona on Thursday, after being no-hit in game one of a doubleheader, Logan Hill makes the first hit of the night count

Solo homer from @HillSan33 gets us on the board in the second inning of game two.

This GIF proves that Darnell Sweeney hit a two-run homer, though they cut the home run part of the clip down for some reason.

With one sweet swing, @_SweeneySwag gives us a 3-2 lead in the third inning pic.twitter.com/OOqVWh5j5R

Nothing else was posted, so here’s the final pitch of Matt Eckelman’s 20th save

BALLGAME! Matt Eckelman earns his 20th save of the year as we leave town with the double-header split.

7/31: Pirates trade Corey Dickerson to Phillies for a player to be named later and international bonus slot money.

Five former Pittsburgh Pirates players born on this date, plus a managerial change of note. The players start with shortstop Kevin Elster, who signed as a free agent in 1997, but broke his wrist in mid-May and missed the rest of the season. Mackey Sasser, catcher for Pirates in 1987 and in 1995. The Pirates acquired him at the 1987 trading deadline for Don Robinson, then flipped him to the Mets the next spring for Randy Milligan. He didn’t last long as a free agent signing in 1995, getting released in May.

Sid Bream, played first base for the Pirates from 1985 until 1990 and then I’m not sure what happened to him, probably something I’m just trying to forget.

Gus Getz, third baseman for the 1918 Pirates. Had a forgettable time in Pittsburgh, but his career had two things that were noteworthy. He had 1,172 plate appearances in the majors and walked just 24 times. He also hit two homers as a pro and connected on them just eight days apart during a seven-year career.

On an off-day in 1957, the Pittsburgh Pirates had a 36-67 record and decided to make a change, firing manager Bobby Bragan and hiring Danny Murtaugh to be the interim manager. Murtaugh led the team to a winning record(26-25) the rest of the way, and then three seasons later he skippered them to their third championship in franchise history. He would win 1,115 games as the manager of the Pirates and brought home another title in 1971, while also making the playoffs three other times.