Morning Report: Steven Brault’s Slider Should Get Him Rotation Consideration For 2020 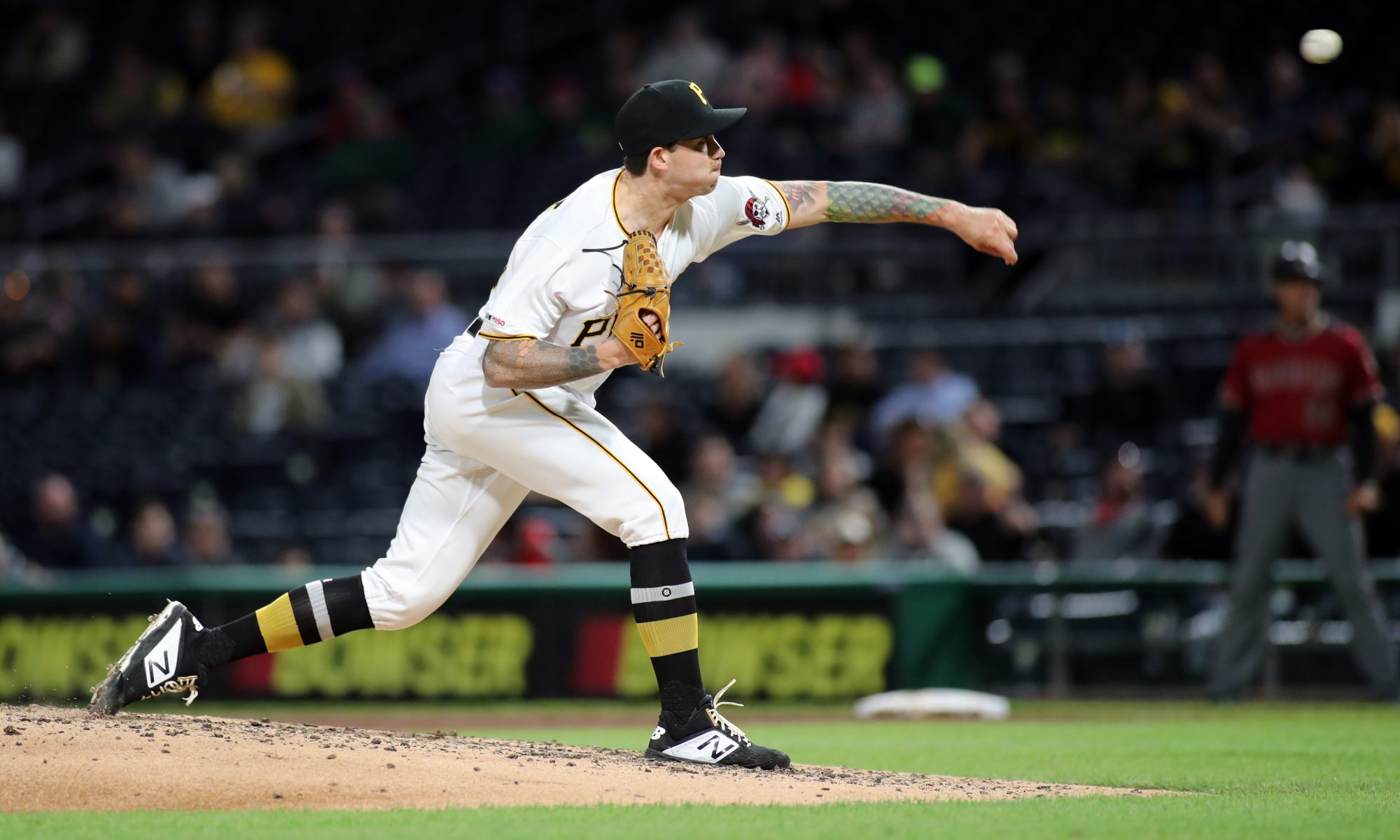 The Pirates have had eight starting pitchers this season who have pitched 20 or more innings in the rotation.

Out of that group, and their entire assortment of pitches, there are only eight pitches in the rotational assortment that have a swinging strike rate of 15% or higher (I’m rounding one up from 14.9%).

I’m not going to look at every other team in the league to see how this stacks up. This isn’t a look at a team as much as it is a look at one player who stood out to me.

Having a high swinging strike rate indicates a dominant pitch. If you can throw the pitch and consistently get batters to swing and miss, you’re probably doing something right. Still, that’s not everything for a pitch. If hitters have an .800 OPS against that same pitch, then it just means they swing and miss a lot, but crush the pitch when they hit it, giving them incentive to swing, even with the misses.

Out of the eight pitches on the Pirates’ staff, there are four that come with an OPS under .600 this year. Here are those pitches.

This article is about one pitcher, and based on that list above, you’d think it would be Mitch Keller. Having two pitches that have been this dominant, this early is impressive. But it’s not surprising to see Keller with two dominant pitches. That’s exactly why I’ve been writing constantly about how he needs to use those pitches more, and the fastball less, which has been happening a bit more lately.

The surprising thing to me was Steven Brault’s slider, which has emerged during a surprising season for Brault.

Brault has put together a strong season for a depth starter, with a 3.98 ERA, a 4.23 FIP, and a 5.05 xFIP. The last number indicates that his skill level is probably still in the back of the rotation or as a depth option in a contending rotation. But that number has also changed as the season has gone on.

So far in the second half, Brault has a 3.52 ERA and a 4.12 xFIP. That has been the result of a higher strikeout rate and a walk rate that has been cut in half. Since the slider is his only pitch with a whiff rate above 7.5%, it’s safe to attribute the increased strikeouts this year to that pitch.

This is surprising, because it hasn’t always been this way for Brault. His slider last year received a 13.3% whiff rate and a .749 OPS. Those were the highest marks of his career in the majors.

Brault got a lot of strikeouts in the upper levels of the minors, but that wasn’t due to a strikeout pitch. It was due to excellent fastball placement on the corners, which is an approach that doesn’t lead to as many swings and misses in the majors. I wrote that constantly about Brault in the minors, saying that he’ll struggle to be a starter in the majors without a strikeout pitch.

It appears he finally has that strikeout pitch.

I don’t know how many pitches it takes for a whiff rate to become legit, and not a product of a small sample size. Brault has thrown 302 sliders this year, and his whiff rate has been above 20% in four of the five months so far (17.44% in May was the outlier). So he’s shown consistency and results this year, and you’d hope that this will continue going forward.

If it does continue, the Pirates might have to consider giving Brault a more permanent role in the 2020 rotation. In fact, he should lock that spot in if he finishes the second half with the same numbers he’s put up since the break (which are limited to only the starts this month). I don’t see the upside as more than a back of the rotation starter in a contending rotation, but he could put up numbers around league average, which is something the Pirates need from any spot.

Brault’s success during this time has also included the reduced walks, and he’ll need those to remain in order to justify any future roles. In a season that is lost for the Pirates, watching a guy like Brault to see if he can sustain this success is one of the few highlights. That will continue with his start tonight, seeing if he can maintain the same success with his control and his slider.

Greensboro has 7 games left. They trail by seven in the division and they are 5.5 games back for the second best record, which could possibly get them a playoff spot. They can be eliminated as early as today.

Bristol has 2 games left. They are a 1/2 game back in second place, ahead of third place by a 1/2 game. Two teams make the playoffs in each division.

Today’s Starter and Notes: The Pittsburgh Pirates lost 6-5 to the Philadelphia Phillies on Monday night. They will send out Steven Brault for game two of the series. He is coming off of a start against the Washington Nationals in which he allowed two runs over six innings. In his prior start against the St Louis Cardinals, Brault gave up one run over seven frames. He has a 3.41 ERA as a starter this season and 6.11 in relief. The Phillies will counter with veteran lefty Drew Smyly, who has a 6.99 ERA in 83.2 innings, with 86 strikeouts and a 1.69 WHIP. In his last three starts combined, he has given up 11 runs over 14.1 innings. Smyly faced the Pirates on July 21st in his debut with the Phillies and he gave up just one run over six innings. He followed that up with seven shutout frames, but since the beginning of August, he has a 7.45 ERA in four starts.

The minor league schedule includes the Morgantown debut of first round pick Quinn Priester, who posted a 3.03 ERA in 32.2 innings in the GCL. He had a 1.19 WHIP and a 37:10 SO/BB ratio. Bradenton will send out Osvaldo Bido, who will likely be on a somewhat limited pitch count. He was skipped in the rotation ten days ago, then came back with 2.2 innings pitched last week. He has thrown a total of 132.2 innings this season, which is more than his first two seasons of pro ball combined (126.0 IP). Luis Ortiz gets the important start for Bristol, as they try for a first place finish. He allowed one run over five innings in his last start, and six of his ten starts this season have been 0-1 earned runs allowed.

Altoona is going with Pedro Vasquez, who gave up four runs on seven hits and two walks over two innings in his last start. His prior outing was eight shutout innings. Indianapolis is sending out Alex McRae for his 21st start. He gave up two runs over five innings in his last start, while striking out eight batters. Steven Jennings will go for Greensboro. In his last two starts combined, he has allowed one earned run over ten innings. He’s been limited to five innings per outing for the last month, as they attempt to limit his innings without shutting him down. The DSL regular season is over. The Pirates2 received a first round bye, so their playoffs will start later this week.

From Altoona on Saturday, Oneil Cruz just gets enough of this one to collect his first Double-A home run

Oneil Cruz sends one over the left-center fence for his first Double-A homer!

Jared Oliva from the previous night, shows the range in center field

Six former Pittsburgh Pirates players born on this date, with the most recent being shortstop Jordy Mercer, who turns 33 today. He spent seven seasons with the Pirates, hitting .256 in 821 games, with 55 homers. He signed a free agent deal with the Detroit Tigers following the 2018 season.

Mike Maddux, 1995 Pirates. He gets lost in the shadow of his HOF brother, but he actually played 15 seasons in the majors, throwing a total of 472 games. His Pirates career was short with eight relief appearances and a 9.00 ERA. He was signed in April and released in May.

Mike Edwards, 1977 second baseman. He went 0-for-6 in seven games as a September call-up, then he got traded prior to the 1978 season. He has a twin brother named Marshall, who played in the majors for three seasons. The strange part about them is that his brother batted and threw lefty, while Mike hit and threw right-handed. The Pirates also had a player named Mike Edwards during the 2006 season.

Eddie Mulligan, 1928 infielder. Had a 25-year pro career. Hit .233 in 27 games, seeing very little time despite spending the entire year with the Pirates

Dave Wright, pitcher on July 22, 1895. His first two appearances in a Pirates’ uniform were actually mid-season exhibition games that he started. He only non-exhibition game appearance with the Pirates came as a reliever, throwing the last two innings of a game on July 22nd. He gave up six runs in his first inning, then threw a scoreless ninth. His only other Major League game came in 1897 and he defeated the Pirates, throwing a 15-14 complete game.