Morning Report: The Young Pitching Staff for the Bristol Pirates Helped Lead Them to the Playoffs 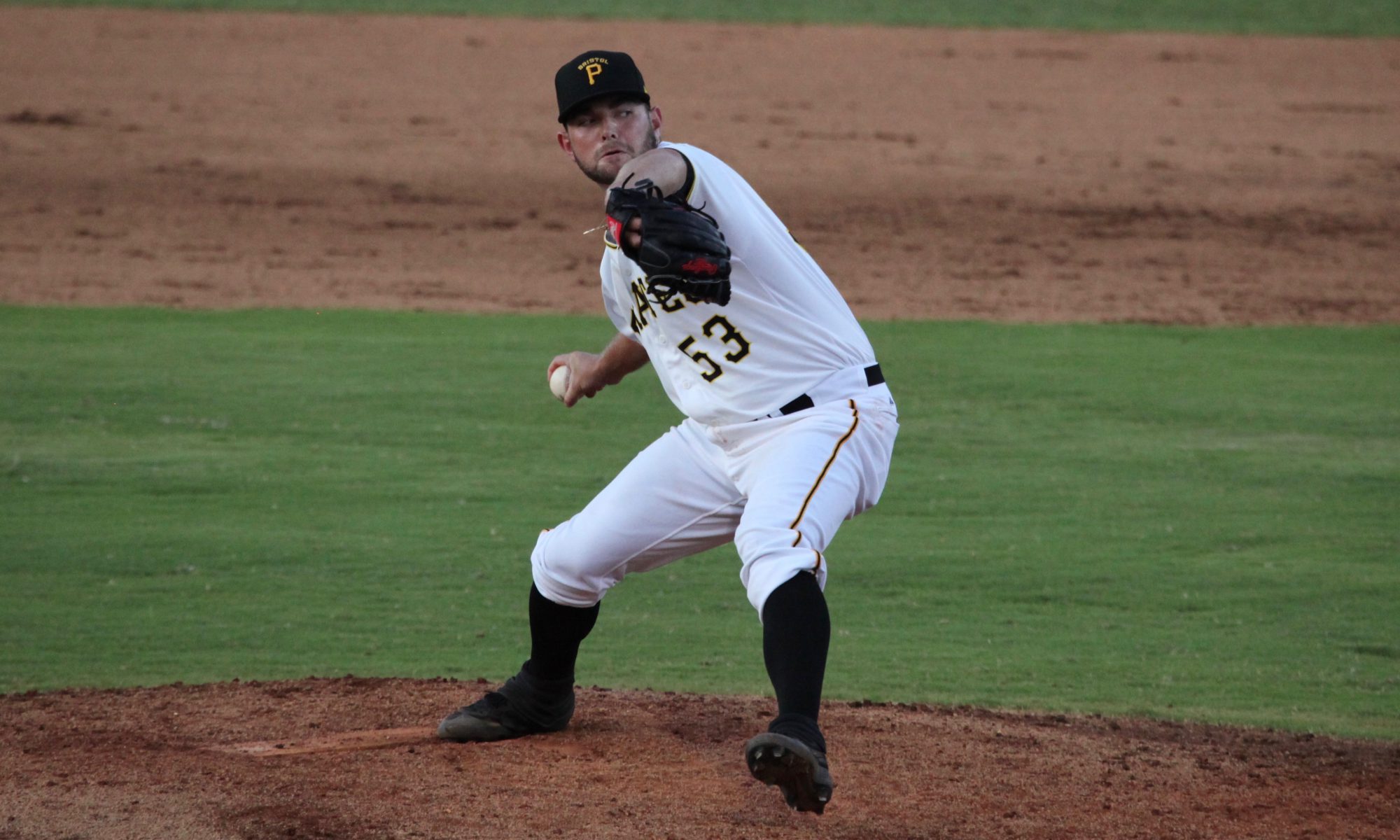 The Bristol Pirates made the Appalachian League playoffs on Wednesday night, sending them to the postseason for the first time since 2002. They were a Chicago White Sox affiliate for most of that time, but they have been with the Pirates since 2014. These last six seasons have seen some poor records, and 34-33 this year really isn’t a great record either, but it’s the best since they became an affiliate of the Pirates. The big difference this year has been the pitching.

The Pirates finished with a 4.09 ERA this year, which doesn’t sound impressive, but the Appalachian League is one of the more hitter-friendly leagues that the Pirates have an affiliate in across all levels. Only the International League saw a higher league OPS.

That 4.09 ERA is the best in six seasons for the Bristol Pirates. The most important part about that pitching is that the entire starting rotation was made up of young and/or inexperienced pitchers. We posted an article, where the first-year Bristol pitching coach, Eric Minshall, talked about what made all six of their starters intriguing. A lot of it centered around the inexperience of the group and how much advancement they have made in a short time.

Luis Ortiz and Adrian Florencio made their pro debuts with Bristol this year after being signed as international free agents. That’s almost unheard of for the Pirates, as those types of signings usually begin in the DSL and don’t make their jump until their second season. Jose Maldonado was in the DSL last year and skipped the GCL this season. Tahnaj Thomas started pitching late as a youth in the Bahamas and had just 58 innings of pro experience prior to this year. Dante Mendoza is 20 years old and had 40.1 innings of pro ball prior to 2019. Santiago Florez had 96.1 innings of pro ball, nearly as much as the other five players combined, but he just turned 19 in May.

The Pirates have put young pitchers in the league before, but there were always some college pitchers in there to take innings as well. This is the first time that a college player didn’t make a single start for the team. Even when they needed one spot start due to a doubleheader, it went to 19-year-old lefty Yoelvis Reyes, who skipped the GCL this year. The other 66 starts were made by the six Opening Day starters. Reyes actually finished fourth on the team in innings pitched.

That’s not to say that the college pitchers drafted late this year didn’t help the team out tremendously, but it’s harder to gauge their performance in a league where the average hitter is 2-3 years younger.

CJ Dandeneau (pictured above) had a 2.83 ERA in 28.2 innings, which led all college pitchers on the team. The next highest innings total came from Samson Abernathy, who picked up the save on Wednesday night’s clincher in his 25th inning of work. The best performing college players, Bear Bellomy and Trey McGough, combined for 28.1 innings and just two earned runs allowed, before they were promoted to Morgantown. So the Bristol staff lost two of their best pitchers mid-season and still put together their best year since becoming an affiliate of the Pirates.

That pitching will be key tonight and this weekend as they take on Johnson City in the best-of-three first round series. The Pirates went 5-4 during the season series between the two clubs.

Morgantown has 5 games left. They trail by a 1/2 game in the division and 2.5 games in the wild card.

DSL Pirates2 begin their best-of-three series today against the DBacks2.

Today’s Starter and Notes: The Pittsburgh Pirates won 11-8 over the Colorado Rockies on Thursday night. They will send out Dario Agrazal, who allowed four runs over five innings against the Cincinnati Reds in his last start. He had a 2.25 ERA through his five starts in the majors, but since then, Agrazal has allowed 17 runs over his last 21 innings. The Rockies will counter with 24-year-old right-hander Antonio Senzatela, who has a 6.75 ERA in 94.2 innings, with 54 strikeouts and a 1.76 WHIP. His last start consisted of six runs over 1.2 innings against the St Louis Cardinals. His prior outing was six runs over 1.1 innings against the New York Yankees. Both were road starts. His last home start was against the Cincinnati Reds on July 14th and he allowed eight runs over 5.1 innings.

The minor league schedule includes the start of two playoff series. Bristol and the DSL Pirates2 each have a best-of-three series, with the winner of those series going on to the championship round. Bristol will send out Jose Maldonado today. He had a 4.34 ERA in 43.2 innings over 11 starts this season. He started once against Johnson City this year, which just happened a week ago today. He went six innings and allowed two runs. Austin Roberts gets the ball for Morgantown. He threw five shutout innings in his last start. He’s facing Batavia, with a chance to move ahead of them into first place in the division. Roberts struggled against them in relief back in July, but started against them two weeks ago and allowed one run on two hits in five innings.

Beau Sulser starts for Altoona. He has a 2.25 ERA as a reliever and a 3.68 ERA as a starter in five outings. Sulser had a 1.33 ERA prior to the All-Star game and it’s been 4.54 since the break. Indianapolis will have Rookie Davis on the mound for his first start since June 16th. He has allowed seven runs over 9.1 innings since returning to action earlier this month. The Bradenton season ended last night, three days early due to the hurricane headed towards Florida. Greensboro doesn’t have a starter listed.

From Indianapolis on Wednesday, Will Craig had two hits and drove in two runs.

They were thinking tie ballgame. Turns out, @ericwood24 had plans this evening. 💥@Toyota | #RollTribe pic.twitter.com/8dSa90CDG5

Five former Pittsburgh Pirates players born on this date, plus two trades of note. On this date in 1991, the Pirates helped their playoff run by acquiring third baseman Steve Buechele from the Texas Rangers for two minor league pitchers. He would hit .246 and drive in 19 runs the rest of the way for the Pirates. Then in 1992, they traded him to the Chicago Cubs for pitcher Danny Jackson. The Pirates gave up pitcher Kurt Miller in the original deal. He was the fifth overall draft pick in 1988, but never panned out in the majors.

On this date in 1990, the Pirates gave up three minor league players to the Phillies for 1B/OF Carmelo Martinez. He didn’t do much for the Pirates during the rest of the season, but drove in two runs during the NLCS. He would be traded away during the 1991 season. All three of the players the Pirates gave up eventually reached the majors, but Wes Chamberlain was by far the best and he played just 385 Major League games, so the deal didn’t end up too bad.

Former players born on this date include (bios for each in the link above):

Luis Rivas, 2008 infielder. He batted .218 over 79 games for the Pirates, in what would be his last season in the majors. Rivas played eight years, mostly with the Minnesota Twins.

Johnny Lindell, 1953 knuckleball pitcher. Started his career as a pitcher, played ten seasons as an outfielder, then went back to pitching.

Charlie Starr, infielder for the 1908 Pirates. Seldom-used backup who got into 20 games all season, seeing time at three different spots.

Will Thompson, pitcher on July 9, 1892. Gave up five runs over three innings in his only big league game. Poor defense led to four unearned runs.

Also born on this date, Hall of Fame outfielder Kiki Cuyler, who played for the Pirates from 1921 until 1927. His .336 batting average is the third best in franchise history. He holds the Pirates’ single season record with 369 total bases in 1925. He drove in six runs during the World Series that year. You can read a full bio of Cuyler here. He was elected to the HOF in 1968.