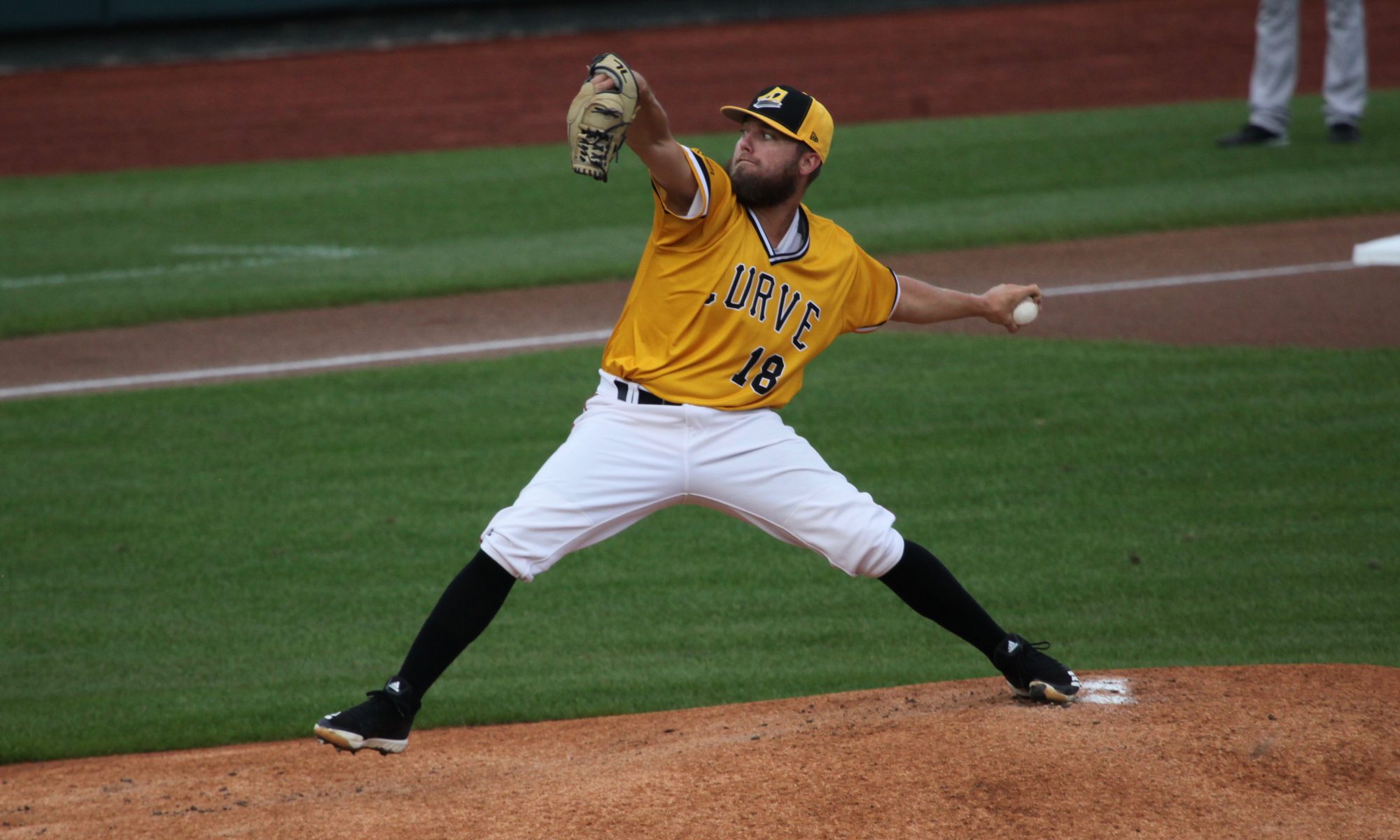 Indianapolis won 5-2 over Louisville. James Marvel had a strong outing, taking a no-hitter into the fifth before finishing with two runs on six hits, with no walks and six strikeouts in seven innings. He threw 65 of 94 pitches for strikes and posted an 8:4 GO/AO ratio. Marvel has a 2.72 ERA through his first nine starts in Triple-A. He obviously falls well short of qualifying, but for comparison sake, the league leader in the IL has a 3.45 ERA. Geoff Hartlieb and Montana DuRapau finished the game up with a scoreless inning each.

Ke’Bryan Hayes is finishing up strong now with the season down to the final 11 days. He went 4-for-5 with a run scored, RBI and his 12th stolen base. He is 9-for-12 in his last three games. Cole Tucker returned to action for the first time since being sent back to Indianapolis. He was nursing a foot bruise that happened with the Pirates. Tucker had a single, two walks and a run scored. Will Craig drove in two runs to give him 71 RBIs. Kevin Kramer, Trayvon Robinson and Jake Elmore each had two hits. Kramer also reached on a walk and hit-by-pitch.

Altoona won 7-0 over Bowie. Sean Brady has been an innings eater for Altoona since signing with the Pirates in early May. He’s been good for 6+ innings in almost every start. He outdid himself on Friday night though, throwing a complete game shutout. Brady allowed seven hits, with one walk and six strikeouts. He threw 110 pitches, which you almost never see in the minors, with 77 going for strikes.

Bradenton won 5-1 over Daytona. Nicholas Economos got the start and he went six innings, allowing one run on five hits, with one walk and one strikeout. He now has a 1.94 ERA in 13 starts at Bradenton. Joe Jacques followed with two shutout innings, then gave way to Shea Murray in the ninth. He loaded the bases on a single, hit batter and a Dylan Busby error, but Murray struck out two to finish out the game.

Mason Martin homered twice, hitting solo shots in the first and third inning. He also picked up an RBI single in the eighth, giving him three RBIs and three runs scored. He has 34 home runs on the season. Deon Stafford had two hits and drove in two runs. Lucas Tancas had two hits and two walks in four trips to the plate. He hit his 26th double. Travis Swaggerty had his 12-game hit streak snapped, but he walked and scored a run, so he still has an on base streak going.

Greensboro lost 16-5 to Hickory, the team that they are chasing in the standings. Winston Nicacio came into the game with one run and no walks in 21 innings since joining the Grasshoppers. He got roughed up in this game, surrendering seven runs on ten hits and two walks in 3.2 innings. Cristofer Melendez had an even worse time, allowing seven runs in one inning. He gave up three hits, a walk and hit three batters. Cody Smith settled things down for 2.1 innings, before Michael LoPresti allowed the final two runs in the eighth.

Fabricio Macias had a nice night at the plate, going 2-for-2 with a walk and a sacrifice fly. He scored twice and drove in two runs. Macias hit his 21st double and stole his 16th base. Ji-Hwan Bae went 2-for-5 with a single, triple and two runs scored. Jack Herman had a forgettable night going 0-for-4 with a walk, four strikeouts and an error.

Morgantown won the first game of a doubleheader by an 8-1 score over Auburn. Austin Roberts got the start and he threw five shutout innings on seven hits and a walk, with three strikeouts and an 8:1 GO/AO ratio. He threw 56 of 78 pitches for strikes. Trey McGough finished off the win with one run over the final two innings.

Cory Wood and Will Matthiessen each drove in two runs. Jared Triolo and Blake Sabol each hit their fourth triple. Sabol had two hits, two runs scored and an RBI. Fernando Villegas hit his first home run since joining Morgantown. Matthew Fraizer had two singles, a walk, a run scored and an RBI. Matt Gorski had two walks and a run scored.

In game two, Bear Bellomy got the start and he was pitching well into the fourth inning, when Auburn broke through with four runs. He ended up allowing four earned runs over five innings, with seven hits, one walk and five strikeouts. Cameron Junker came on in the sixth after the Black Bears took the lead in the top of the inning. He went two scoreless innings for the save.

Brendt Citta led the offense with a double, single, two runs scored and two RBIs. Fernando Villegas hit his first homer in the first game and added his first triple in the second game. He had an RBI and a run scored. Cory Wood and Matt Gorski each drove in a run.

Bristol lost 2-1 to Johnson City. Jose Maldonado got the start and he went six innings, allowing two runs on five hits and a walk, with five strikeouts and a 6:3 GO/AO ratio. It’s the first time that he has thrown six innings in his career and he broke a string of eight straight starts with at least two walks. CJ Dandeneau followed Maldonado and retired all six batters he faced.

The Pirates got their run on a home run by Jake Snider to lead-off the game. After that, they had just three singles and one walk. Josh Bissonette collected two of the hits. Eli Wilson had the other, plus the lone walk.

The GCL Pirates lost game one of a doubleheader 2-0 to the Orioles. This was a completion of an earlier game, but that game was originally part of a doubleheader, so they only played seven innings. Arlinthon De Dios started originally and threw a shutout inning before the rain came. Ryan Harbin took over when they started today and he threw two shutout innings on one hit and one walk, with two strikeouts. Hai-Cheng Gong took the loss, allowing two runs (one earned) over the final four innings.

Andres Alvarez and Deion Walker each had a single and a walk. Alvarez committed two errors, which led to the one unearned run. Carlos Canache and Jase Bowen were the only other two batters to reach base, both on singles.

The Pirates won game two by a 2-1 score. Emilson Rosado hit a solo homer for the first run, his second home run of the season. He also added a single. The Pirates won this game on a pinch-hit single in the seventh by Jase Bowen, followed by a walk-off single from Daniel Angulo, who also added his third double of the season earlier in the game.

Bryan Torres got the start and went five strong innings, allowing one run on three hits, with no walks and five strikeouts. His longest outing this year prior to today was 3.1 innings. Wilger Camacho picked up the win with two shutout innings.

The DSL Pirates1 had their game postponed due to rain. Tomorrow is the final day of the DSL season.

The DSL Pirates2 had their game postponed due to rain. Tomorrow is the final day of the DSL season.