Prospect Watch: Bristol Helps Their Playoff Chances While Morgantown Blows a Lead to Hamper Theirs 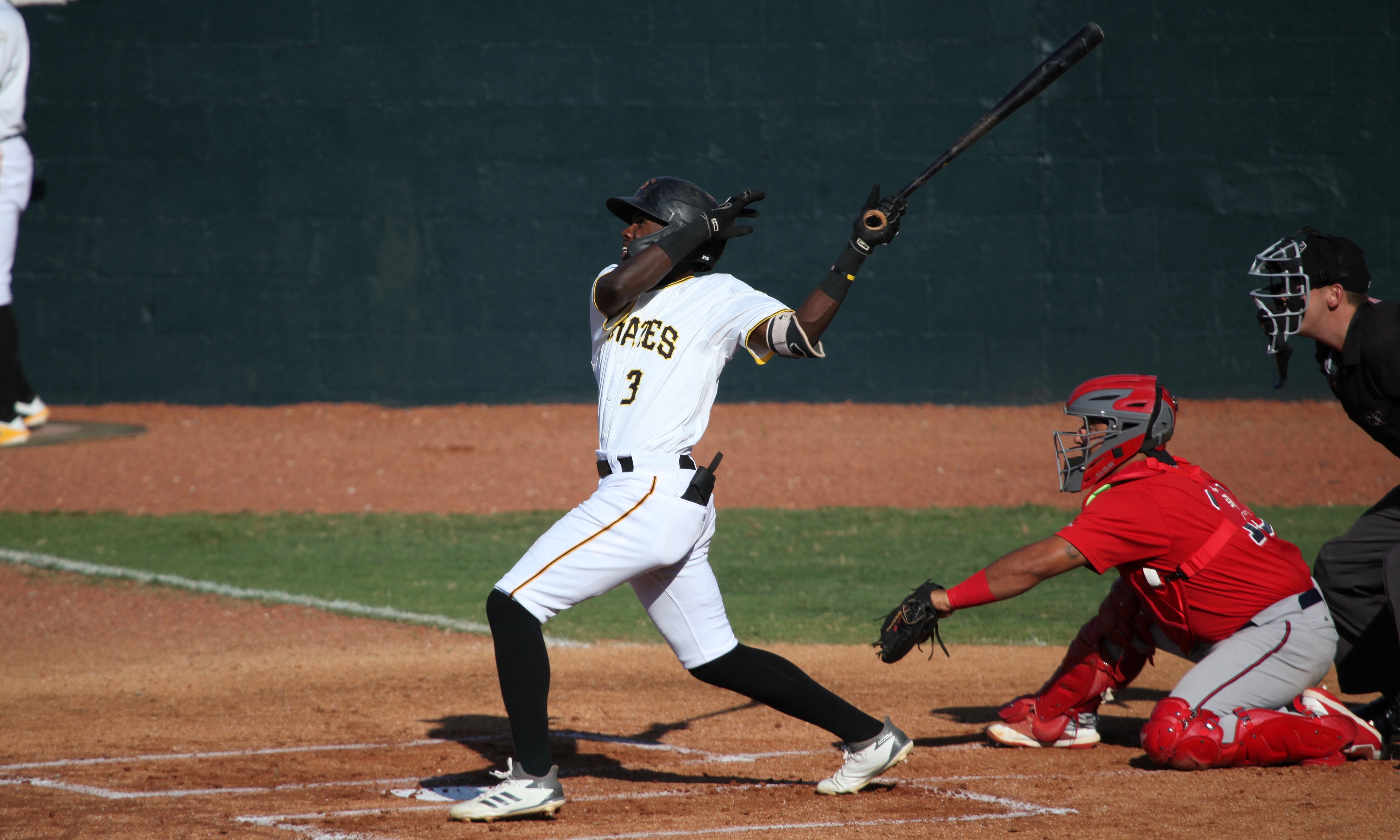 Indianapolis lost to Lousiville, 3-2.  The Indians got a two-run home run from Jake Elmore, his sixth homer, just two batters into the game, and got no more offense after that.  Indy was shut down by Vladimir Gutierrez, who came in with a 6.48 ERA.  Elmore and Eric Wood each had two hits, but Indy went 1-for-11 with runners in scoring position.

J.B. Shuck started on the mound and lasted two and two-thirds, giving up one run.  He had trouble throwing strikes, just 31 in 62 pitches.  Rookie Davis threw the next three and a third, allowing two runs.  (I’m not sure what it says that Davis was relieving a converted outfielder, but he has a 5.47 ERA in AAA and 6.75 with the Pirates, so I don’t much care.)  Yacksel Rios threw two scoreless innings.

Altoona lost to Bowie, 4-3.  Beau Sulser started and labored through three innings, needing 73 pitches while walking four and striking out none.  Sulser managed to hold the damage to two runs, then Jesus Liranzo gave up two more over two innings.  Joel Cesar threw one scoreless inning and Yeudy Garcia two.

The offense produced a couple of hits in a first inning that ended with a runner thrown out at home, then went into a deep slumber until a three-run eighth.  Logan Hill had three hits and drove in two runs.  Nobody else reached base more than once and there were no extra base hits.

Bradenton lost to Daytona, 10-3.  The Marauders scored two in the first and nothing after that until the ninth.  In the meantime, Daytona pummeled starter Aaron Shortridge for five runs, four earned, in five innings.  Shortridge had allowed just ten earned runs in his previous nine starts combined.  Hunter Stratton got drilled for another five runs in two innings.  In between, Braeden Ogle threw two shutout innings, retiring six straight and fanning two.

Lolo Sanchez reached base three times, on two singles and a walk.  Chase Lambert also had two hits and Rodolfo Castro hit his 13th double with Bradenton.  Mason Martin went 0-for-3 with a hit batsman and two strikeouts.  Martin’s having a big year, but he’s also struck out 162 times.  With seven games left he has an outside shot at the Pirates’ single-season, minor league record of 177, set by Corey Pointer in 1998.

Greensboro lost to Hickory, 10-4.  Noe Toribio had a good start on his 20th birthday, throwing five shutout innings before giving up two runs in the sixth.  He gave up five hits, walked nobody and struck out four.  He has a 4.35 ERA in six starts since being promoted to full season ball, but his other numbers are better than that.  The bullpen blew the game up after Toribio left.  Will Gardner and converted infielder Alfredo Reyes gave up eight runs over two innings combined.

Jonah Davis, Ji-Hwan Bae and Luke Mangieri each had two hits.  Davis clubbed his 14th double and 18th home run; he’s batting 249/327/498 after getting off to a miserable start, although the strikeout issues remain.  Bae hit his 25th double and also got plunked once, so he reached base three times.  Jack Herman hit his tenth double and Fabricio Macias his 22nd.

Morgantown blew a 3-1 lead in the bottom of the ninth and lost to State College, 4-3.  Grant Ford started and threw three hitless innings.  Francis Del Orbe went the next four innings, giving up a run and fanning seven.  Garrett Leonard threw a scoreless eighth, but got torched for three runs in the ninth while retiring only one batter.

The offense was limited to three runs in the second on a single by Brendt Citta and a two-run triple by Victor Ngoepe.  Citta also had a double, giving him two of just six hits for the Black Bears, who also drew no walks.  Matt Fraizer hit his fifth double.

Bristol beat Johnson City, 10-8.  The win left the Pirates in first place, half a game ahead of Johnson City and Kingsport.  Adrian Florencio had a rough start, lasting three innings and giving up four runs.  Just enough relievers came through to support the win.  Luis Arrieta gave up three unearned runs in two-thirds of an inning and Yordi Rosario gave up one run in two and a third, while striking out four.  Enrique Santana did better, throwing two scoreless innings and fanning four.  Samson Abernathy got the save with a scoreless ninth.

On offense, Jesus Valdez and Aaron Shackelford each drove in three runs.  Valdez (pictured above) had three hits and is now batting .302.  Shackelford had two, including his 17th double.  Eli Wilson reached three times with two walks and his seventh double, and scored three runs.  Daniel Rivero had two hits.  He’s batting .304 since a .179 start in June.

The DSL Pirates1 finished the season with a 34-36 record.