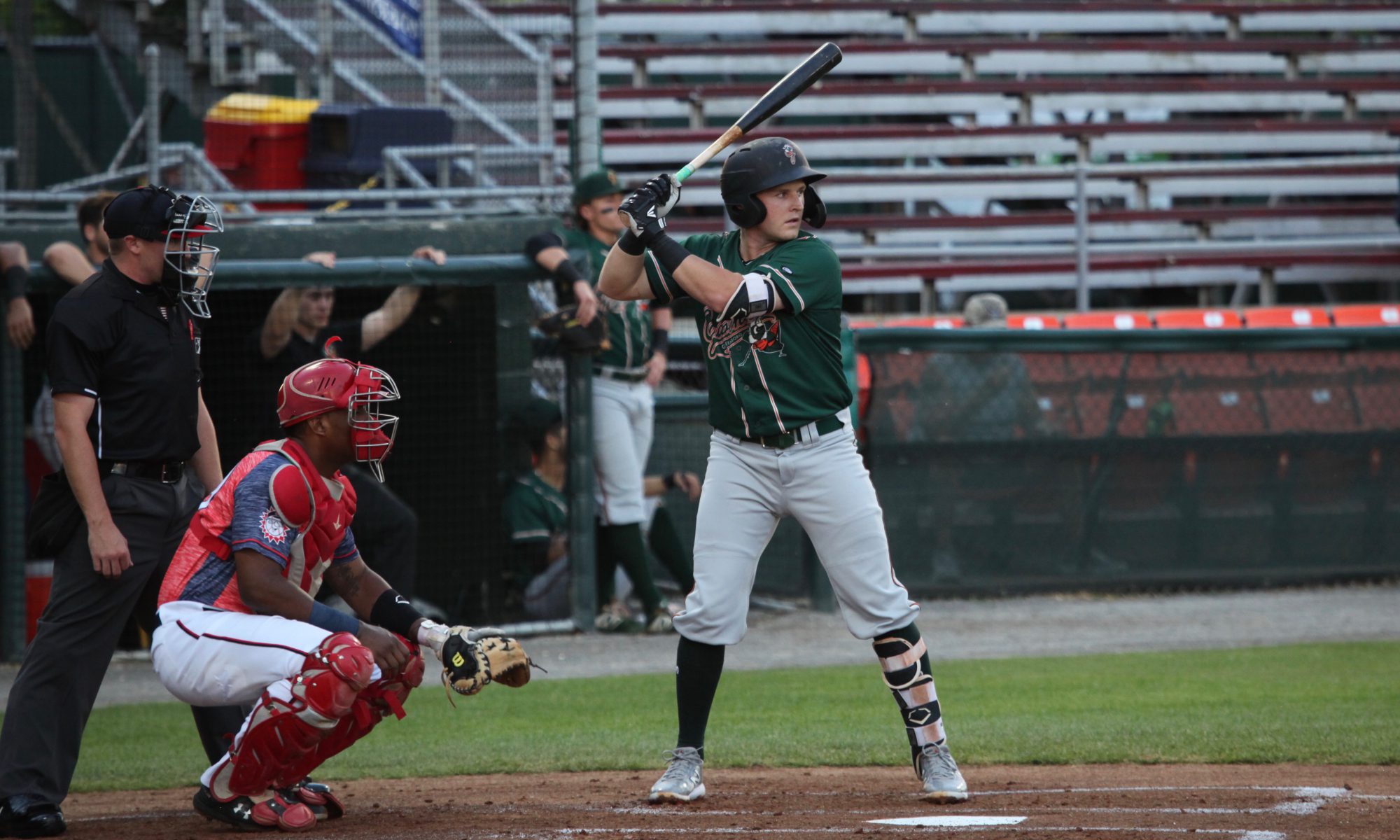 Indianapolis lost 4-2 to Columbus. The Indians had just two hits in the game. Cole Tucker led off the game with his 14th double. In the seventh inning, Ke’Bryan Hayes reached on a walk, then scored on Will Craig’s 22nd home run. The only other base runners for the Indians came on a Craig hit-by-pitch and a Mitchell Tolman walk.

Rookie Davis got the start and he went 3.1 innings, allowing three runs on three hits and three walks. Blake Cederlind followed and he gave up one run on four hits in 2.1 innings. He also allowed an inherited runner to score. Yacksel Rios tossed two scoreless innings, then Dovydas Neverauskas struck out the side in the ninth on 14 pitches.

Altoona lost 4-1 to Harrisburg. Beau Sulser allowed three runs in the first inning, which was all the Senators would need. Sulser ended up settling down and allowing four runs (three earned) over six innings, with six hits, three walks and six strikeouts. Joel Cesar threw shutout ball over the final two innings.

The Curve had another one of their impatient nights at the plate, with no walks and 14 strikeouts. Brett Pope had two hits and drove in the only run. Adrian Valerio had a single and scored a run. Oneil Cruz and Chris Sharpe each added a single. Logan Hill went 0-for-4 with four strikeouts.

Greensboro won 11-1 over West Virginia. Grant Koch has been almost non-existent all season on offense, but he made his presence known on Friday night. Koch hit three solo homers. He had just six career homers in two seasons (and a .192 average) prior to tonight, so even a two home run game seemed unlikely. He didn’t hit his first home run until the fifth inning, then added shots in the seventh and eighth. Jonah Davis also connected on his 19th home run.

Ji-Hwan Bae added slightly to his league leading .324 average by going 1-for-3 with his fourth triple. He drove in three runs and also added a walk. He has a six point lead on second place (an injured player who won’t add/subtract to his average) with three games left in the season. Fabricio Macias hit two doubles, giving him 25 on the season. He drove in a pair of runs and scored once. He has 79 RBIs. Jack Herman had a single, double, two runs scored and an RBI.

Noe Toribio got overshadowed on this night, but he had an outstanding performance on the mound. He gave up one run on three hits and no walks, in seven innings. Toribio struck out six and he had a 9:4 GO/AO ratio. He threw 53 of 73 pitches for strikes. Cristofer Melendez followed with five strikeouts over two scoreless innings. Despite a 5.13 ERA, he has 76 strikeouts in 47.1 innings.

Morgantown lost 4-1 to first place Batavia and nearly got no-hit. Austin Roberts had a strong outing wasted. He went six innings, giving up one run on two hits and a walk, with five strikeouts. Denny Roman had an odd pitching line, allowing three runs in 1.2 innings, with all five outs coming on strikeouts. Cameron Junker picked up the final four outs.

The only hit resulted in a run. Cory Wood walked to lead-off the seventh inning. He moved to second base on a wild pitch, then scored on a double by Brett Kinneman. The only other runners for the Black Bears were on walks and one hit-by-pitch (Fernando Villegas). Jared Triolo and Wood each had two walks, Matt Fraizer and Dean Lockery each had one free pass.

Bristol won their best-of-three playoff opener 5-4 over Johnson City. Jose Maldonado started and allowed two runs on three hits and three walks in four innings. Enrique Santana tossed a scoreless fifth, then CJ Dandeneau came on in relief. He went three innings, giving up one run. Samson Abernathy took the ninth and gave up an unearned run, but still picked up the save with the winning run on base.

The Pirates had five players collect two hits each. Jake Snider in the lead-off spot had a pair of singles and drove in two runs. Josh Bissonette batted second and had two singles, a walk, an RBI and a stolen base. Eli Wilson had himself a day in the eight hole, going 2-for-4 with two runs scored and an RBI. Daniel Rivero was batting ninth and he went 2-for-3 with a double, walk and run scored. Matt Morrow also had two hits and a run. Francisco Acuna had just one hit, but it was an RBI double.

The series shifts to Johnson City for the final two games (or one if Bristol wins tomorrow).

The GCL Pirates finished their season with an 18-36 record. Here’s the season recap.

The DSL Pirates2 lost their playoff opener 8-5 to the DBacks2 and now need to win the final two games to advance to the championship round. Randy Romero, who was named Player of the Year yesterday, went 2-for-4 with a walk and run scored. Alexander Mojica, who led the league in OPS, went 1-for-3 with a double, two walks and two RBIs. Fabian Urbina drove in two runs. The Pirates trailed 8-0 before their late comeback attempt fell short. Rayber Romero had a single, walk and two runs scored.

Sergio Umana, who was one of five End of Season All-Stars in the DSL for the Pirates, got the start. He gave up five runs (three earned) on five hits and a walk, in 4.2 innings. Francisco Hodge was also an End of Season All-Star and he got hurt by poor defense. He allowed three unearned runs over 1.1 innings. Miguel Diaz tossed a scoreless seventh and Luis Gonzalez handled the final two innings.