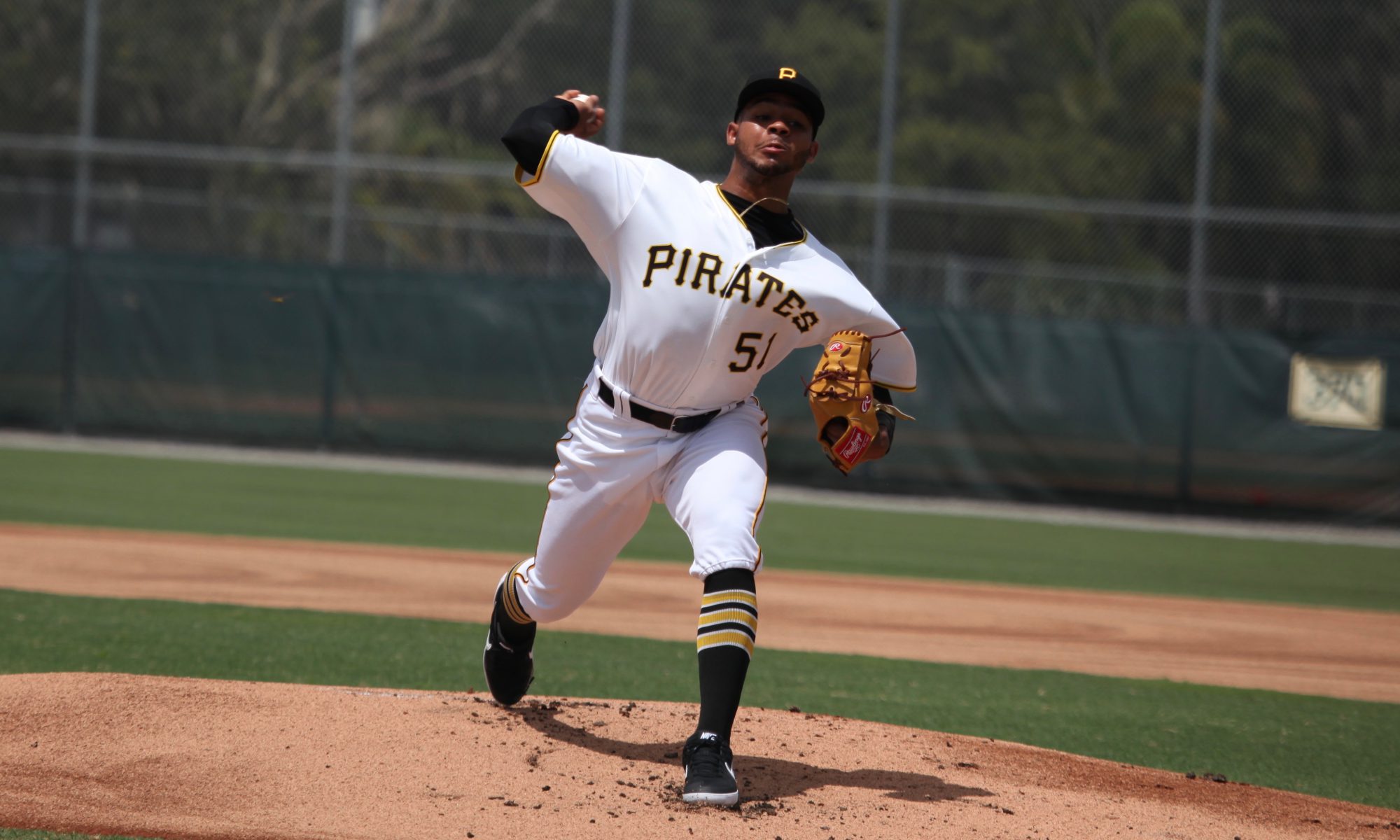 Indianapolis lost to Columbus, 6-1.  Cody Ponce made his fourth start for the Indians and ran into control problems, walking four in five and two-thirds innings.  He gave up five hits and five runs, and struck out three.  Matt Eckelman gave up a run in and inning and a third, and also let three of Ponce’s runs score.  Elvis Escobar threw two scoreless innings in his Triple-A debut.  Indy had eight hits, but apart from Cole Tucker’s 15th double they were all singles.  Ke’Bryan Hayes had two hits.

Altoona gave up 11 runs in the seventh inning and lost to Harrisburg, 14-7.  Domingo Robles had a good start, allowing one run in five innings on just three hits and no walks.  He struck out six.  He’s allowed just two runs in his last three starts, covering 21 innings.  Once he was out, though, things went south in a hurry.  Yeudy Garcia allowed two runs in the sixth and allowed the first three batters to reach in the seventh.  Shea Murray then made his AA debut and it couldn’t have gone worse.  He retired only one of seven hitters, with the other six coming around to score along with two inherited runners.  Angel German allowed two of Murray’s runners to score and then two more of his own.  First baseman Jerrick Suiter had to get the last four outs.

On offense, Bralin Jackson and Logan Hill each had three hits.  Jackson hit his second triple and scored three times.  Hill drove in two and hit his 27th double.  Brett Pope added his second home run and Oneil Cruz reached base three times on two walks and a hit.

Greensboro beat West Virginia, 3-1.  Will Kobos continued his strong pitching, allowing a run on three hits and two walks in five innings, while striking out six.  He has a 1.24 ERA in his last six starts.  Cam Alldred, Cody Smith and Yerry De Los Santos combined for four scoreless innings to finish it out.  Grant Koch had two hits, including his eighth home run and fourth in two days.  Luke Mangieri also homered, his fifth.

Morgantown won the first game of its doubleheader with Mahoning Valley, 3-2, in eight innings.  Jesus Valles gave up two runs over five innings, allowing just three hits and a walk while striking out four.  Xavier Concepcion finished with three scoreless innings and stranded the free runner in the bottom of the eighth.  He gave up a hit and a walk, and didn’t strike out anybody.  The offense managed only three hits, the big one being a two-run home run by Will Matthiessen, his fourth homer.  Blake Sabol and Jared Triolo had the other hits, both singles.

In game two, Domingo Gonzalez (pictured above) threw six shutout innings as the Black Bears won, 3-1, to finish the sweep.  In his first game after a promotion from the GCL, Gonzalez allowed just three hits and a walk, and struck out eight.  Alec Rennard gave up a run in the seventh.  Morgantown had only five hits.  Kyle Wilkie drove in two runs with a single and a sacrifice fly.  Triolo hit his fifth triple and Matthiessen his fifth double.

The game two boxscore is here.

Bristol lost game two of its three-game series with Johnson City, 7-4.  The two teams will play the deciding game tomorrow.  Dante Mendoza had a shaky start, giving up four hits and three walks in four innings, but he allowed only two runs.  Ryan Troutman struggled in relief, giving up three runs in an inning and a third, and Saul De La Cruz allowed another two, one of them unearned.

The GCL Pirates finished their season with an 18-36 record. Here’s the season recap.

The DSL Pirates2 lost game two of their best-of-three playoff series to the Diamondbacks2, 9-4, ending their season.  Starter Wandi Montout survived four walks to throw three and a third scoreless innings.  Three relievers — Johan Montero, Carlos Campos and Emmanuel Mejia — all got roughed up.  Combined they allowed nine runs, six earned, over four and two-thirds innings.  The Pirates had seven hits, with Randy Romero and Jauri Custodio each getting two.  Jommer Hernandez had a triple and Rodolfo Nolasco a double.