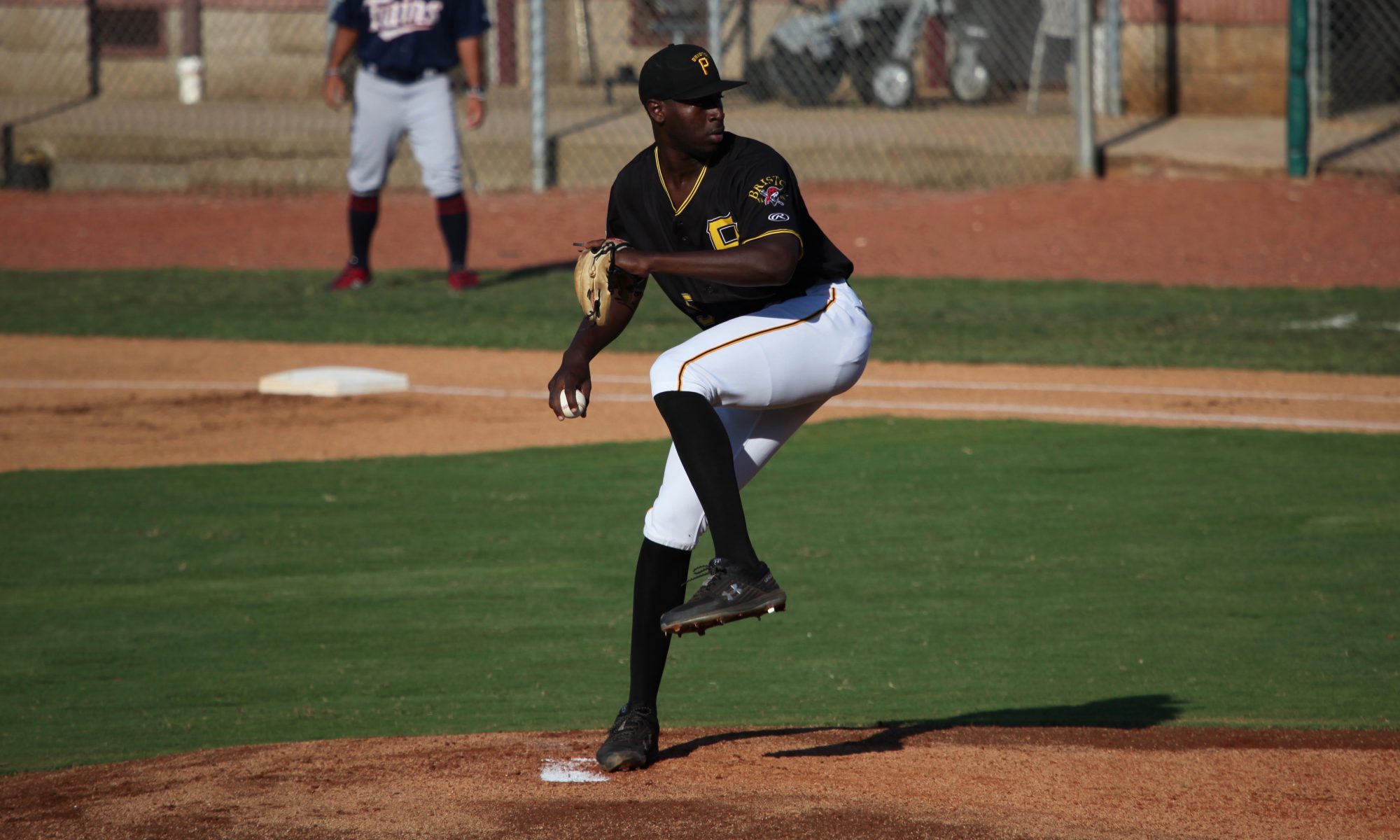 Indianapolis won 7-4 over Toledo. James Marvel didn’t have his best Triple-A outing, but it still qualified as a Quality Start. He went six innings, allowing three runs on six hits and a walk, with four strikeouts. Not too many people follow win/loss stats for pitchers anymore, but for those who do, this stat is for you. Marvel has an 11-0 record in his last 15 starts (team record is 14-1 during those games). He has a 2.91 ERA in ten starts with Indianapolis. Yaksel Rios allowed a run in the seventh and Geoff Hartlieb threw two shutout innings with three strikeouts for the save.

Starting at the top of the batting order, Cole Tucker hit his fourth triple, walked and scored two runs. Jake Elmore had two hits, a run scored and an RBI on a sacrifice fly. Ke’Bryan Hayes hit his 29th double, while also picking up a single, walk, two runs scored and an RBI on a sacrifice fly. Will Craig had two singles and two RBIs. Jason Martin had two hits and an RBI. Sacrifice flies were all of the rage in this game, with Trayvon Robinson and Eric Wood also contributing one each.

Altoona won 8-1 over Akron. Sean Brady is finishing up his season strong. He threw nine shutout innings last time out, then backed it up with one run over seven innings. He gave up six hits, a walk and struck out three batters. Elvis Escobar followed with a shutout inning, picking up two strikeouts. Nick Mears finished off the win.

Bradenton lost 9-4 to Palm Beach. Nicholas Economos was having quite a time in High-A before his final start tonight. After getting promoted from Greensboro, he cruised through Bradenton, before going to Altoona. Things didn’t work out in Double-A, but he made two strong starts back with the Marauders. On Wednesday night, he went 5.1 innings, giving up eight runs on 12 hits, with no walks and five strikeouts. Economos saw his Bradenton ERA go from 1.94 to 2.67 in one game. Ike Schlabach allowed one run over 1.2 innings to finish his season with a 2.50 ERA in 50.1 innings. Samuel Reyes followed with a scoreless innings and Shea Murray retired the side in order in the ninth.

Calvin Mitchell went 2-for-5 and connected on his 15th home run of the season, driving in two runs. Lolo Sanchez walked three times and stole two bases. He has 13 steals with Bradenton and he had 20 before being promoted from Greensboro. Travis Swaggerty had an 0-for-4 night, but he walked and stole his 23rd base. Rodolfo Castro had a single, walk, stolen base, RBI and two runs scored.

The FSL season is ending early due to Hurricane Dorian. Tomorrow will be the final game for the Marauders. The original scheduled ended on Sunday.

Greensboro won 6-4 over Rome. Ji-Hwan Bae continues to finish strong this season, going 2-for-4 with his third triple. He drove in three runs and scored twice. His .324 batting average is six points ahead of a second place player who is on the injured list, so Bae controls his own destiny with five games to go this season. Fabricio Macias also had two hits and drove in three runs. He has 77 RBIs now. Macias stole his 18th base. Jonah Davis had a double, walk and two runs scored. Jack Herman scored two runs and picked up an outfield assist.

Winston Nicacio started and went six strong innings, allowing one run on five hits and a walk, with four strikeouts. He has a 2.64 ERA in 30.2 innings with Greensboro. Michael LoPresti vultured his first win by allowing three runs over two innings, giving up the 3-1 lead, only to watch the Grasshoppers score three runs in the eighth. Will Gardner struck out the side in the ninth on ten pitches for the save.

Morgantown lost 8-7 to Batavia. Michael Burrows got the start and went four innings, allowing four runs (three earned) on four hits and a walk, while striking out seven batters. It’s the third time this season that he has struck out seven, which is his career best. Burrows has a 4.74 ERA and 43 strikeouts in 43.2 innings. Alec Rennard followed with three shutout innings, then Garrett Leonard tried to close on the win. He gave up two runs in the top of the ninth to tie the score and two more runs in the tenth, though both were unearned.

Fernando Villegas had the big hit in the game, bringing home three runs in the third inning with a bases loaded double. Brett Kinneman, Blake Sabol and Cory Wood each hit a double. Wood, Kinneman and Matt Fraizer each had two hits. Victor Ngoepe had a single, walk, RBI and two runs scored. Despite scoring seven runs, the Black Bears had plenty of chances for more. They went 5-for-21 with runners in scoring position.

Bristol won 4-2 over Danville to make the playoffs for the first time as a Pirates affiliate. The Pirates needed a big pitching performance from Tahnaj Thomas and he came through with one run over five innings, on four hits, no walks and five strikeouts. He finished the season with a 3.17 ERA in 48.1 innings, with 59 strikeouts. After issuing five walks in his first 1.2 innings, Thomas walked nine batters over his final ten starts. Yoelvis Reyes threw a scoreless sixth, then gave way to Yordi Rosario, who tossed two scoreless frames. Samson Abernathy came on for the save and made things very interesting, allowing a run and bringing the go-ahead run to the plate before he got the final out.

The Pirates scored all of their runs in the second inning. Daniel Rivero hit an RBI single, followed by an RBI ground out from Josh Bissonette. Jesus Valdez had the big hit, driving in two runs with a double. Jake Snider had two hits and a walk. Eli Wilson had a single, two walks and a run scored. Valdez also added two walks.

The playoffs begin on Friday against Johnson City and it’s a best-of-three series, with the winner taking on the winner of the other division series for the championship.

The GCL Pirates lost 5-1 to the Red Sox in what will be their season finale. Bryan Torres got the start and allowed four runs (three earned) over five innings. He gave up seven hits and a walk, with two strikeouts. Jake Sweeney and Daniel Ross threw a scoreless inning each, followed by Yandy Vega allowed a run in the eighth.

The Pirates had four hits, a walk and a hit batter, but they had their chances to score, going 1-for-11 with runners in scoring position. Emilson Rosado, Jasiah Dixon and Deion Walker each hit a double. Rosado had two hits. Dixon stole his eighth base. Sammy Siani had the hit-by-pitch, stole his fifth base and scored on the Walker double.

On Wednesday evening, the GCL announced that the league will stop play early due to Hurricane Dorian. Thursday will be the last day of action, but the Pirates have off tomorrow, so they are done. They finished with an 18-36 record.