Williams: Don’t Count Jameson Taillon Out, But Also Don’t Rely on Him 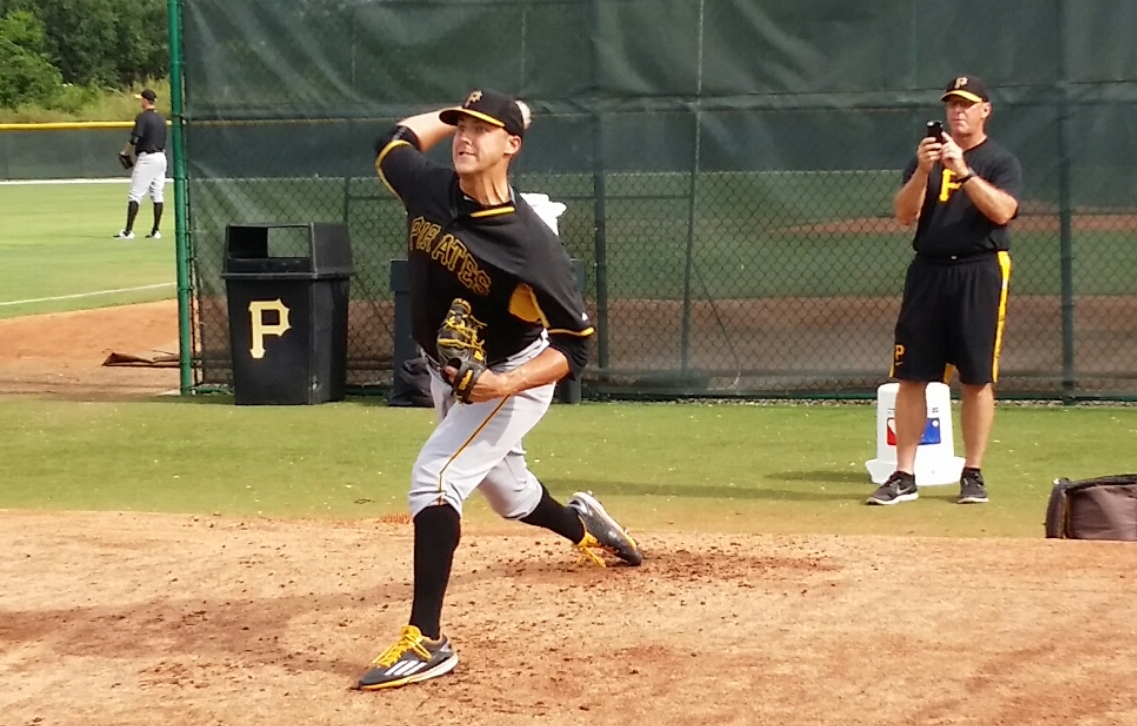 I’ve been following Jameson Taillon for a long time on this site. So long, in fact, that when I started following his career, the site wasn’t even named Pirates Prospects and he hadn’t graduated high school yet.

I’ve followed every step of his development, through all of the changes to his delivery, through the first Tommy John surgery, and continuing into his MLB career. If there’s one thing I’ve learned throughout all of that time, it’s that Taillon is one of the hardest workers, especially in the face of adversity.

So when I see the numbers about the success rates of second Tommy John surgeries — 65% return to the majors, but less effective — my thought isn’t that this is the future for Taillon. My thought is that this is the average, and Taillon will exceed those odds. That’s not a fact, obviously, just my prediction.

When Taillon went down with the original Tommy John surgery, he was about to break into the majors. He still had concerns due to a drop and drive delivery, and some not so clean mechanics that came with that. When he returned from surgery, he looked like a totally different pitcher, using the time off to clean up his mechanical issues.

He underwent surgery for testicular cancer in early 2017. A month later he returned to pitch five shutout innings. He had a few big blowups down the stretch, but gave up two or fewer earned runs in 12 of 19 starts the remainder of the year, while posting a 3.22 FIP and a 3.87 xFIP.

I’ve seen how quickly Taillon can develop his stuff on the fly. Before he arrived in the majors in 2016, he added a two-seam fastball. He used the pitch for a few starts, then switch to using that as his primary fastball, with immediate success on the pitch.

He did the same thing two years later with his slider. Around mid-May 2018, Taillon started throwing his new slider. By the end of the month, it was his best pitch, and he was using it at least a third of the time, completely changing his approach.

So I have little doubt that Taillon will return in 2021 fully recovered, better than expected, and maybe even using his rehab to fix and improve a few things in his game.

At the same time, that’s not what the Pirates should expect. Taillon should be a bonus at this point. When he returns, he’ll have two years remaining of team control. I don’t know what the pitching staff will look like at that point, but I do know that Taillon shouldn’t be counted on for any expected production. If the Pirates want to contend in 2021, they need to build a team that can contend without Taillon, all while hoping for any bonus production he can bring.

Unfortunately for the Pirates, the rest of their rotation is also in question. Chris Archer has not been the pitcher that the Pirates traded so much to get. Mitch Keller is still adjusting to the league. Joe Musgrove and Trevor Williams are solid #4-5 guys, and Steven Brault is a strong depth guy. Chad Kuhl will be back next year, but is in the same class with those three.

What the Pirates can’t do is enter the 2020 season hoping that Archer bounces back, and hoping that Keller fully adjusts to the majors, without making any additions. That type of plan would mean they’re not seriously contending in 2020, but waiting for the 2021 season for Taillon to return.

And yes, maybe Archer and Keller look like a solid top of the rotation by the 2021 season. That would be Archer’s final year of control with the Pirates, and one of two years remaining for Taillon. It would be one of three years remaining for Musgrove and Williams. If you’re scoring at home, that 2020-2022 time frame would be a window of contention.

Even before this surgery, the Pirates would have needed to add to be a contender in 2020. They definitely need to add to that team to give them a shot at contending. If they don’t add to that 2020 team, they’re wasting one of their years to contend. They need to be in a position where they add to try to contend in 2020, and where any production from Jameson Taillon in 2021 and 2022 is a bonus — even if you’re like me and think there’s a better chance that normal that he comes back strong.