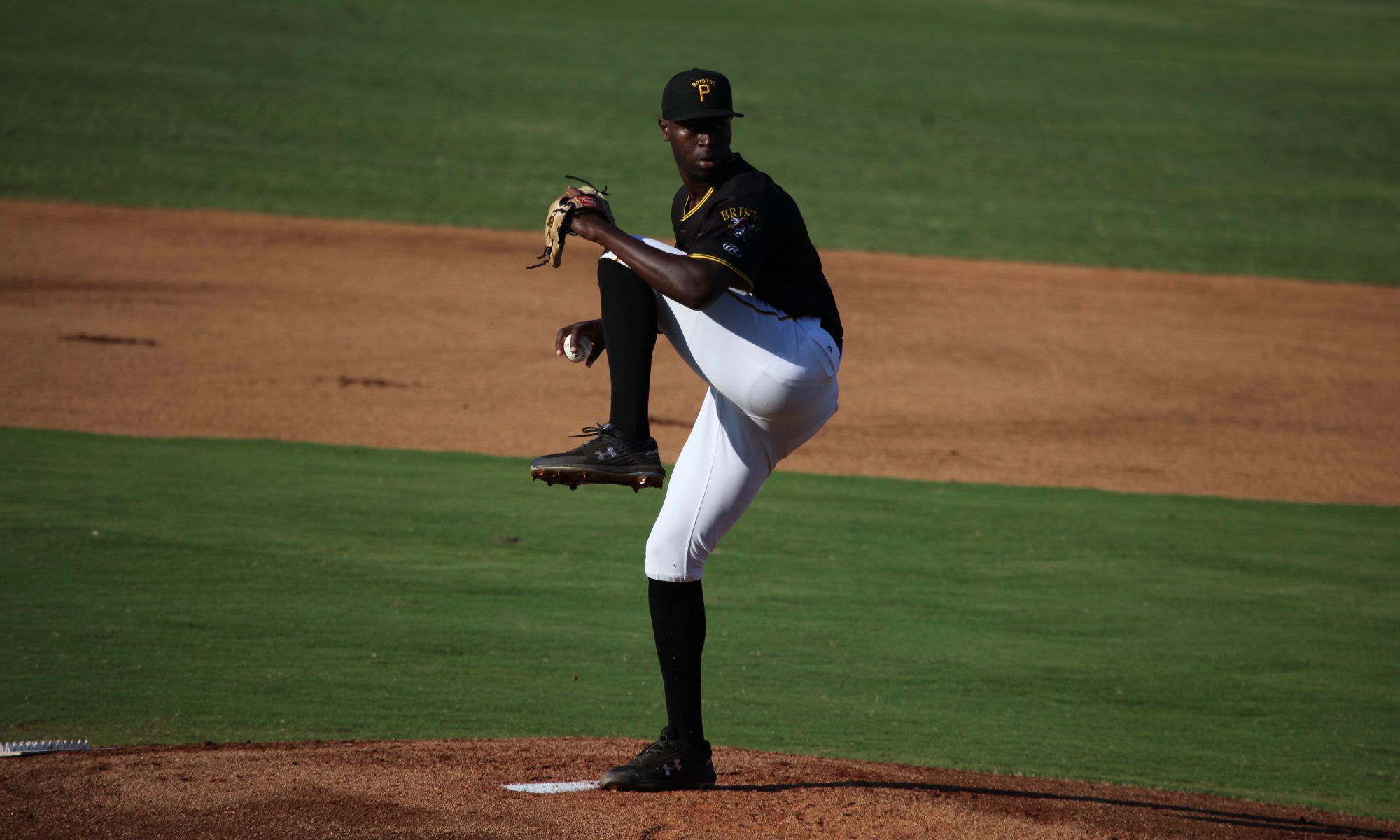 Yesterday we posted the season recap for the Bristol Pirates and noted that the top ten prospects list would be much stronger than normal at this level. The Pirates have sent some solid pitching prospects here in the past, but the real difference this year is the depth of the list. The list below is the top ten listed voted on by myself, Tim Williams and Wilbur Miller. At this level for hitters, we use a minimum of one plate appearance per team game to qualify. One the pitching side, we used ten appearances or 20 innings pitched. The most significant player left off by those minimums was Yoyner Fajardo, who ranked #7 on our GCL Pirates top ten list last week. At the bottom, we also take a quick look at the other notables on this team.

Other Notables: Right-handed pitcher Yordi Rosario got a top ten vote but fell just short of making the list. He not only pitched well with a 2.87 ERA, an 0.99 WHIP and 33 strikeouts in 31.1 innings, he also got much better as the season went along, adding 3-4 MPH to his pitches while throwing a ton of strikes (just four walks all season). Jean Eusebio signed for $550,000 at age 16 in 2017 and hasn’t shown results on the field yet over three years and three levels, but he just turned 19 last week and has the tools to still be a legit prospect. Jesus Valdez actually made two of the three top ten lists submitted here. He was acquired for David Freese last year and put up an .807 OPS this season. He turns 22 later this year, so that hurts his current prospect status. He’s an athletic player, but his defense needs some work (would help if he had a regular position) and he doesn’t have any plus tools.

Josh Bissonette got high marks for his all-around game on defense, offense and on the bases. He basically does a lot of things right on the field, which should help carry him to the upper levels of the system. Yoelvis Reyes is a talented 19-year-old righty, with a 6’2″ frame and a four-pitch mix. Right now he tops out at 91 MPH, but there could be more in the tank. He also tends to rely on his breaking balls too much at this point. Samson Abernathy and CJ Dandeneau are two older college players who have big league upside if everything clicks. They should be able to jump to full-season ball next year and possibly get to Bradenton mid-season.