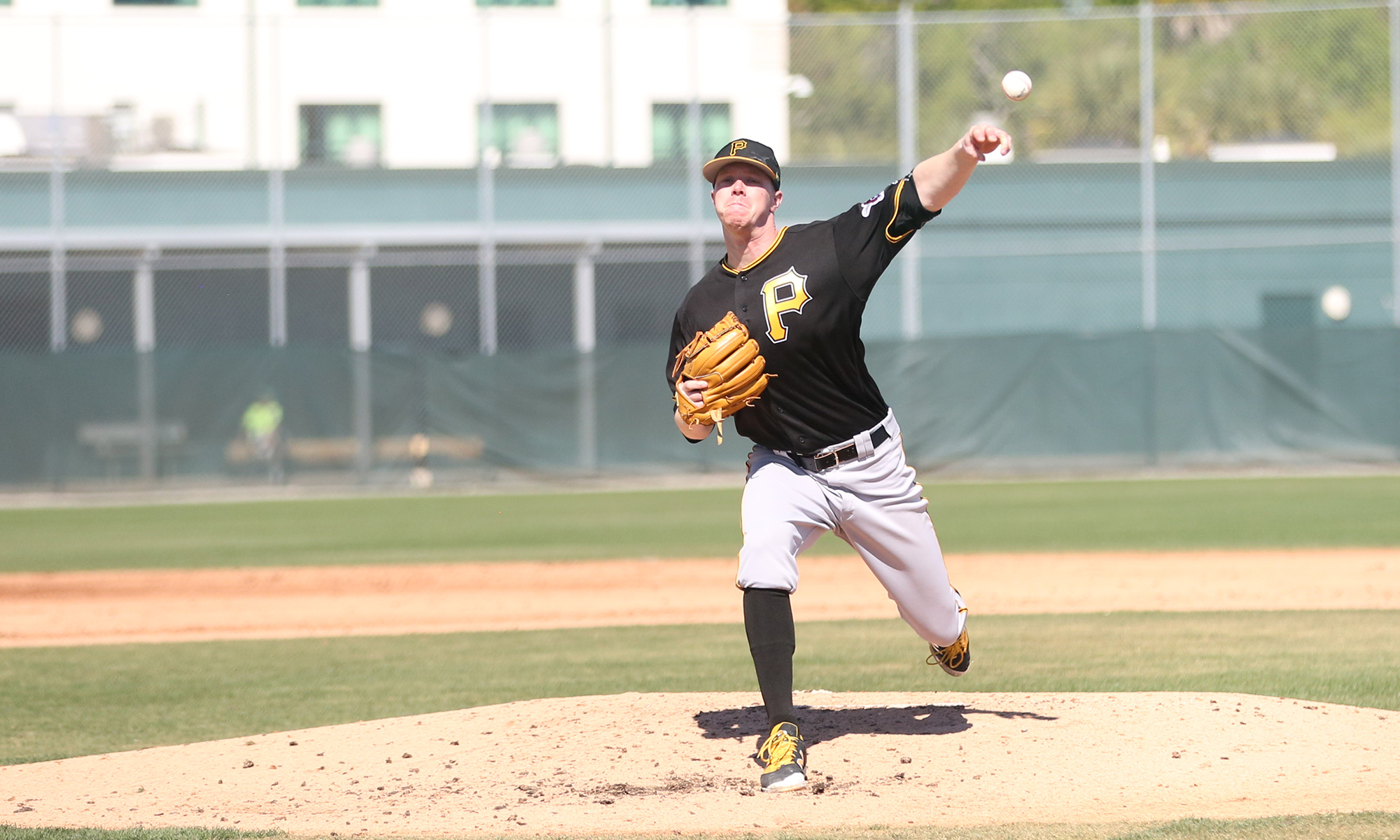 There were some very strong final months around the minors for the Pittsburgh Pirates. Aaron Shortridge posted a 1.76 ERA and an 0.95 WHIP in 30.2 innings for the Bradenton Marauders. Will Kobos had a 1.24 ERA in 29 innings for Greensboro. Lefty reliever Cody Smith didn’t even with the Pitcher of the Month for his team, but he threw 15.2 shutout innings and struck out 22 batters for Greensboro. Those were all great performances, but none of them were better than Cam Vieaux, who came one pitch away from putting up 31.1 scoreless innings for the month. That’s why Vieaux is the Pirates Prospects Pitcher of the Month for August.

As you’ll notice at the bottom for the Pitchers of the Month by level, the numbers for Vieaux are a little different than the numbers you saw above. That’s because his first start was made while he was in Indianapolis. He struggled for the most part in Triple-A, especially with the long ball, but on August 8th he threw five shutout innings on five hits and a walk. The next day, Vieaux was sent back down to Altoona, where he opened up the season and posted a 2.86 ERA in nine starts.

Vieaux made his first start back for Altoona in Harrisburg, six days after his last Indianapolis outing. He tossed six shutout innings and gave up just two hits. Five days later at home, he threw seven shutout innings on four hits and two walks, with six strikeouts. Vieaux was dominant in his next start until the very end. He had some control issues, which came back to bite him late, but for 5.2 innings, Bowie was unable to collect a hit. That one pitch I mentioned above turned out to be a home run and it brought home three runs, thanks to two prior walks. Vieaux recorded the final out and still had a Quality Start, but it was a tough way to finish an otherwise strong performance.

Vieaux had one final start left on August 29th and this was one of his best career outings. In 7.1 shutout innings, he gave up two hits and three walks, while tying his career high with ten strikeouts. His final ERA for the month was 0.63, and he allowed just 14 hits in 31.1 innings.

Usually we would knock a pitcher for a demotion when figuring these monthly honors out. In the case of Vieaux, he wasn’t the worst pitcher at the time in Indianapolis and he went out on a shutout performance. It’s also hard to overlook just how close he came to a scoreless month. That home run came after he had already surpassed 90 pitches on the night. In the end, the overall month was just too strong to not give him the Pitcher of the Month.

It’s likely that Vieaux will get a chance to win a starting spot in Indianapolis next year and he’s probably looking at his first Spring Training invite in February. Vieaux isn’t an overpowering pitcher, relying more on control and mixing his pitches for success, though he will sit in the low-90s during most starts.

The big issue here is what I alluded to above. He had a problem with homers in Indianapolis and that comes from the new baseballs being used at the level, plus the fact that he’s a fly ball pitcher who doesn’t miss enough bats. He improved his strikeout rate at Indianapolis, but his career numbers have suggested that he’s more of a pitch-to-contact pitcher. Add in that he had some trouble with walks, and it led to some poor overall Triple-A numbers, though it’s important to note that he was basically league average in this high offense year for the International League, which should remain the same next year and beyond.