First Pitch: The Patient Approach to Calling For Someone to Be Fired 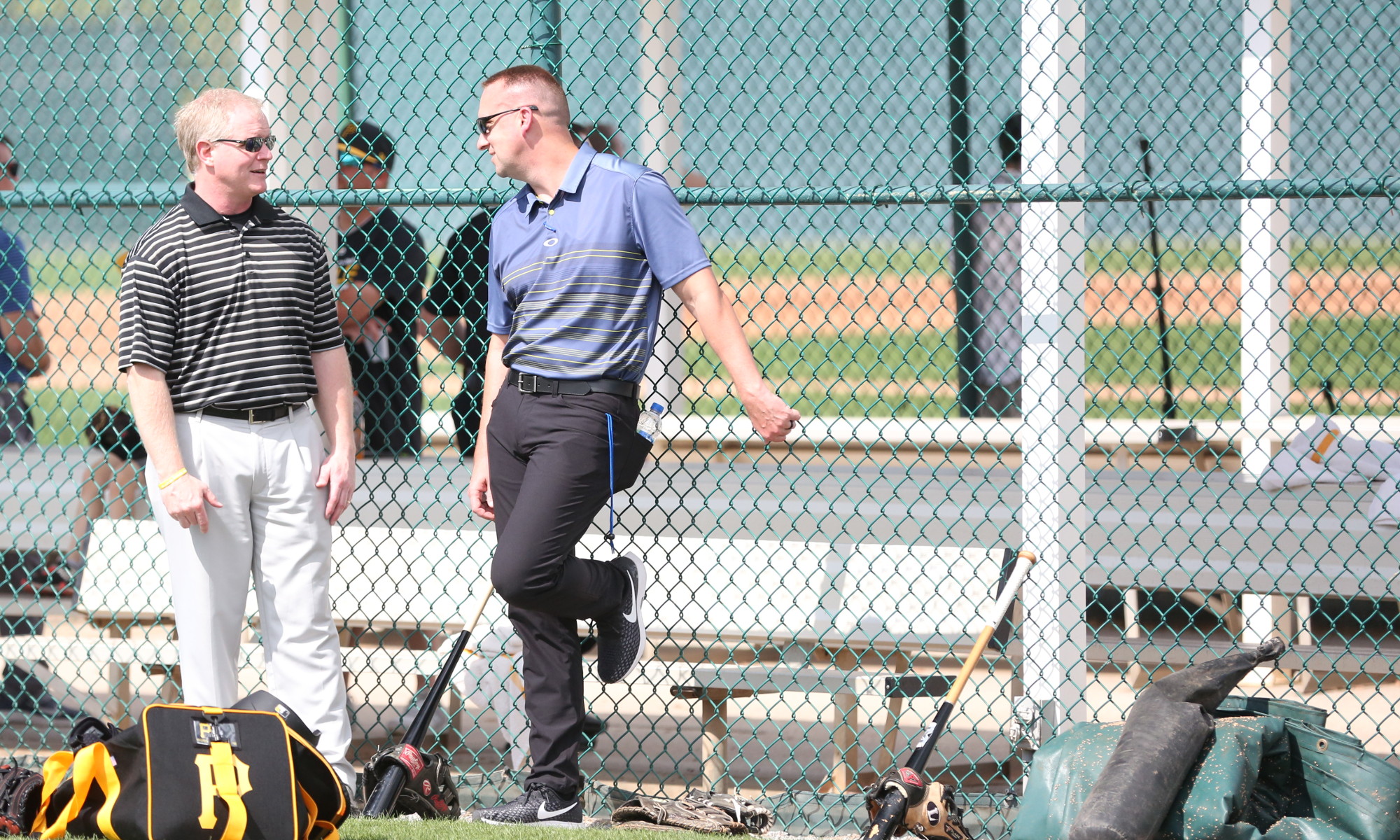 I don’t think I’m ever going to be the first person to call on someone to be fired. I generally am going to give people a chance to improve on a weakness before making that call.

Perhaps it’s the fact that I’ve covered minor league baseball for a decade now. You need to have forgiving analysis in this niche. You need to avoid making finalized judgments, and instead weigh the good and the bad with key questions in mind. Will the good things continue moving forward? How can the bad things improve?

I take the same approach when it comes to analyzing the Pirates’ front office. It’s a very patient approach, and I’m often way behind other people when calling for the dismissal of anyone on the team, as I want to wait to see improvement first.

It was that way in 2012. The Pirates had lost 20 seasons in a row. The majority of people were calling for the firing of Neal Huntington. Some of those calls were for ridiculous reasons. Others were for legit concerns about the MLB club. My stance at the time was that Huntington should get one more year.

I had that stance because I saw the good — the Pirates were slowly getting closer to contending, and had an improving farm system that could help give them a boost in the coming years. That happened with Gerrit Cole and a few other players from 2013-15, but they didn’t get the full boost they were expecting.

Still, Huntington made some strong moves, adding value in Russell Martin, Francisco Liriano, and Mark Melancon that offseason. The Pirates ended up winning a lot of games the next three years, filled with three trips to the Wild Card game, and a 1-2 record in those playoff games, which put a damper on their overall success.

Then the Pirates started to fall from contending. They had a horrible offseason leading into the 2016 season. They spent more money than ever, but the players they spent money on came with lower upsides and less chance for value than guys like Martin, Liriano, and Melancon. They also staked their chances on the arrival of prospects, which is never a good plan, as prospects shouldn’t be relied upon before they’ve had a chance to get established in the majors.

Those were bad moves, but for me they didn’t warrant someone getting fired. They just pointed to what the Pirates needed to avoid in the future in order to get back to contending.

They didn’t avoid the problem in 2017, and that’s when I started dubbing their problem as being stuck in No Man’s Land. Two years later, I still see them stuck in the same place.

That’s when I’ll call for a firing. When there’s an obvious problem that continues to go unaddressed. That’s the prospect who has an obvious flaw that is going to prevent him from making the majors. The strategy Neal Huntington uses to compete in today’s MLB is akin to the guy striking out 35% of the time in Low-A, and not having a high enough average to justify the power.

And it’s not just Huntington who hasn’t changed. Clint Hurdle is losing the clubhouse, and has not changed some concerning trends for a small market team that is losing, specifically an over-reliance on giving veterans late-season playing time, and some in-game strategies that are dated in today’s analytics era.

Ray Searage is still coaching the pitchers like it’s 2013-15, when working primarily off your fastball and pitching to contact was a good approach. He’s yet to change the approach in Pittsburgh, even after several pitchers have left Pittsburgh and lived up to expectations elsewhere with new approaches.

The farm system is not developing prospects who can live up to their potential in the majors. Tyler Glasnow and Austin Meadows are the latest stain on that reputation, showing that the Pirates can clearly draft talented players, and can develop them at the lower levels, but can’t get them ready to be impact guys in the majors. That’s an issue that goes back several years, and has only become more obvious in recent years, reflecting on Kyle Stark and Larry Broadway.

About the only thing going right is the approach by the new hitting coaches, which is a perfect example of how to address a problem. The Pirates were behind the trends in hitting, and to Neal Huntington’s credit, he addressed that, made a change, and it has worked out well. Granted, it’s difficult to separate this change from MLB’s juiced ball era, but considering the ball has been juiced for multiple years, and the Pirates are just now starting to improve their offense, I’d say the hitting coaches have made some kind of an impact.

It’s hard sorting out who should be fired, because all of the jobs are linked, and it all eventually falls on Neal Huntington — which he has said himself many times. Every time I’ve written about any individual, it’s been met with “But this guy also needs to go”, which is true, but you can’t call for the firing of everyone without listing the individual reasons for the individual people.

You can make a strong argument that Huntington, Stark, Broadway, Hurdle, and Searage need to go. And in each case, it’s because they continue to make the same mistakes, or have the same flaws that have impacted the team for several years.

This isn’t 2012. This team isn’t trending up. There’s no sign that the bad trends are going to correct themselves and the good trends will get better. The Pirates are in desperate need of change if they want to get back to where they were in 2013-15.

I’ve got an article going up later today. We’ll also have any news, and the live discussion for the game.

We’re going outside of quizzes involving just the Pirates today. Can you name all of the teams of the big four US sports in 12 minutes? The time is the challenging part, especially if you’re like me and don’t watch basketball and forget there are professional sports in Utah.

Four former Pittsburgh Pirates players born on this date, starting with the most recent first. Franquelis Osoria pitched for the 2007-08 clubs. He had very little success with the Pirates, or even before in two years with the Dodgers. In 68 games for Pittsburgh, he had a 5.66 ERA in 89 innings. For the Dodgers, he had a 5.13 ERA in 38 appearances.

Mike Roesler pitched for the 1990 NL East champs. He made five relief appearances for the Pirates in the beginning of the season. That 1990 season was unique, as clubs were allowed to carry 27 players during the first three weeks due to the lockout, which shortened Spring Training. When the rosters were reduced, Roesler was sent down and never played in the majors again.

George Freese, third baseman for the 1955 Pirates.  George’s teammate that season, who also played third base, was his brother Gene. George hit .257 in 51 games for the Pirates. His only other big league time was one game for the Tigers in 1953 and nine games for the Cubs in 1961.

On this date in 1883, the Pittsburgh Alleghenys allowed 27 runs in a loss to the Cincinnati Red Stockings (modern day Reds). That run total has only been topped once in franchise history, when the Alleghenys gave up 28 runs to the Boston Beaneaters (now the Braves) on August 28, 1887.

On this date in 1926, the Pittsburgh Pirates swept a doubleheader from the New York Giants at the Polo Grounds, winning 5-1 and 7-1. Paul Waner hit for the cycle on the day, collecting a single, double and homer in the first game, followed by a triple and another homer in the second game. The triple was his 20th of the season. Here’s the boxscore for game one.