Live Discussion: Morgantown Fights for Playoff Spot on the Last Day of the Season 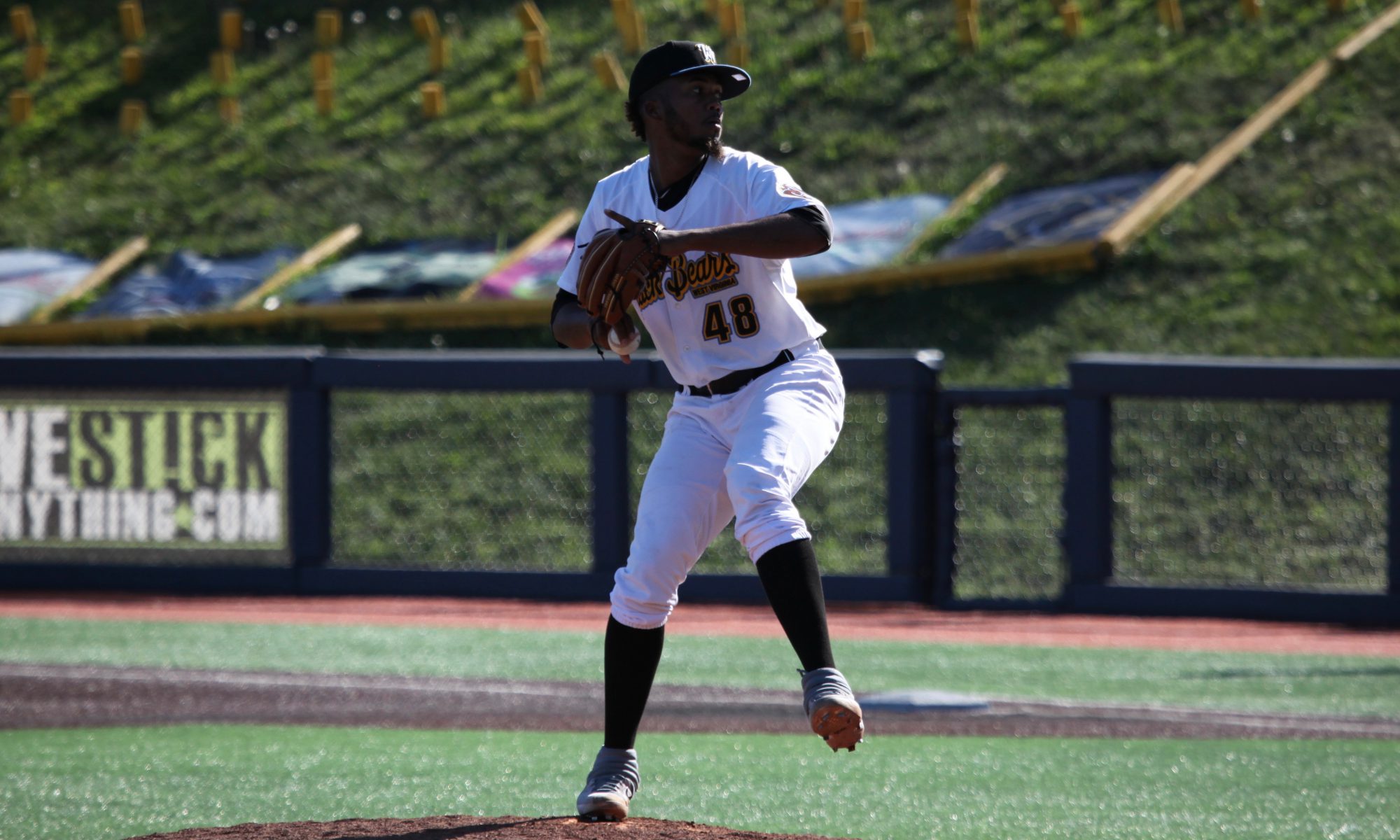 Happy Labor Day everyone. With no Pirates game today, I decided to switch up the Live Discussion to the minors. It’s the last day of the regular season and Morgantown is playing for their division title. I was told on Friday night that Quinn Priester was pitching today, but Francis Del Orbe is on the mound to start. You may have read about him earlier today here.

I will be posting updates in the article and the end of each half inning. The Black Bears are playing Mahoning Valley at 1:05 PM and the game is being broadcast online at MiLB.com. Indianapolis, Altoona and Greensboro also wrap up their season today.

Here is what you need to know:

Morgantown holds the tiebreaker in their division and they are tied with Batavia with matching 40-35 records. A win today, or a Batavia loss, and we have playoff baseball. Batavia is currently in a rain delay, but I’ll be watching their score as well.

Mahoning Valley has a radar gun BUT it is three MPH slower than the gun that the Pirates use. I watched the doubleheader on Saturday, then compared it with the pitch speeds that I got from the team. Every pitcher was off by three MPH, so remember that when I give speeds below. I’ll be using the Mahoning Valley readings, just so the notes below don’t vary from what anyone sees watching the game online.

Here is the lineup:

Top 1: The opposing pitching (Carlos Vargas) is throwing gas. Hitting 96 on the gun. Blake Sabol was robbed of a bloop hit. Triolo struck out looking on a slider. Villegas flew out. Quick inning and this pitcher looks nasty, but really doesn’t have the best stats (4.53 ERA)

B1: Funny thing for the announcer. He thought Del Orbe was throwing almost all breaking balls. He doesn’t throw hard, so 83-85 on the MV gun is about as high as you will see in an extended role. Del Orbe actually only threw one breaking ball to retire the side in order, but nothing he throws is straight.

T2: Nothing good on here, though Cory Wood put together a nice at-bat.

B2: Quick game so far, Del Orbe brought gas this inning, hitting 87 on the slow gun. No runners so far. In other news, Sean Brady had a no-hitter into the sixth for Altoona.

T3: Dean Lockery gets the first hit of the game, but two strikeouts strand him at first base.

B3: Nine up, nine down against Del Orbe, who has four strikeouts.

T4: Triolo lines a single into left field, but nothing doing after that. 45 minutes to the middle of the fourth…

B4: First hit versus Del Orbe was a batter reaching for a low pitch and blooped it into right field. The second hit was a legit liner into left field. Del Orbe is throwing junk at this point. He’s not a long man, so his already low velocity is dropping. He really gets by with movement and control. Kyle Wilkie is stealing strikes. Batavia is up 1-0 early.

Del Orbe gave way to lefty Denny Roman with the bases loaded, two outs and no score. Roman strands them all.

T5: Dean Lockery picks up his second hit, but that’s all for Morgantown in the fifth.

In other news, Ji-Hwan Bae isn’t in the lineup today, so he’s going to take home the SAL batting title. Altoona lost 1-0 in a very quick game. Give it up for John O’Reilly, an NDFA last year who allowed one run in 20 innings after being promoted from Greensboro. He gets that last scoreless inning in at Altoona.

B5: Denny Roman allowed a hit that went about 30 feet, but that’s it, keeping the game scoreless through five. He’s hitting 91 on the slow gun.

T6: Blake Sabol reaches second base on an error to lead-off the inning, but he gets thrown out at third base on a fielder’s choice. Next two batters made outs. Batvia is now up 5-0 in the fourth, so Morgantown looks like they need to win.

B6: Things just fell apart in the sixth. Infield single, followed by a grounder that both Lockery and Triolo misplayed, literally went under both of their gloves and was routine for both. A double then brings in two runs. Both runs were earned somehow. Very bad official scoring there.

T7: Cory Wood is putting together nice plate appearances against a tough pitcher. Draws a walk, but is immediately erased on a DP, and then three pitches later, Kinneman strikes out to end the inning. Trailing 2-0 and Batavia is up 5-0 in the sixth.

B7: Garrett Leonard on, He hit 92 MPH before taking a liner off of his leg. Took some time and practice pitches, but he stayed in and worked around the single. Down to six outs, Morgantown needs three runs. Batavia 5-0 in the seventh.

T8: Down to three outs remaining and Batavia just made it 7-0. Today could be the end of the minor league season…

B8: Cameron Junker throws a scoreless frame. He hit 91 MPH.