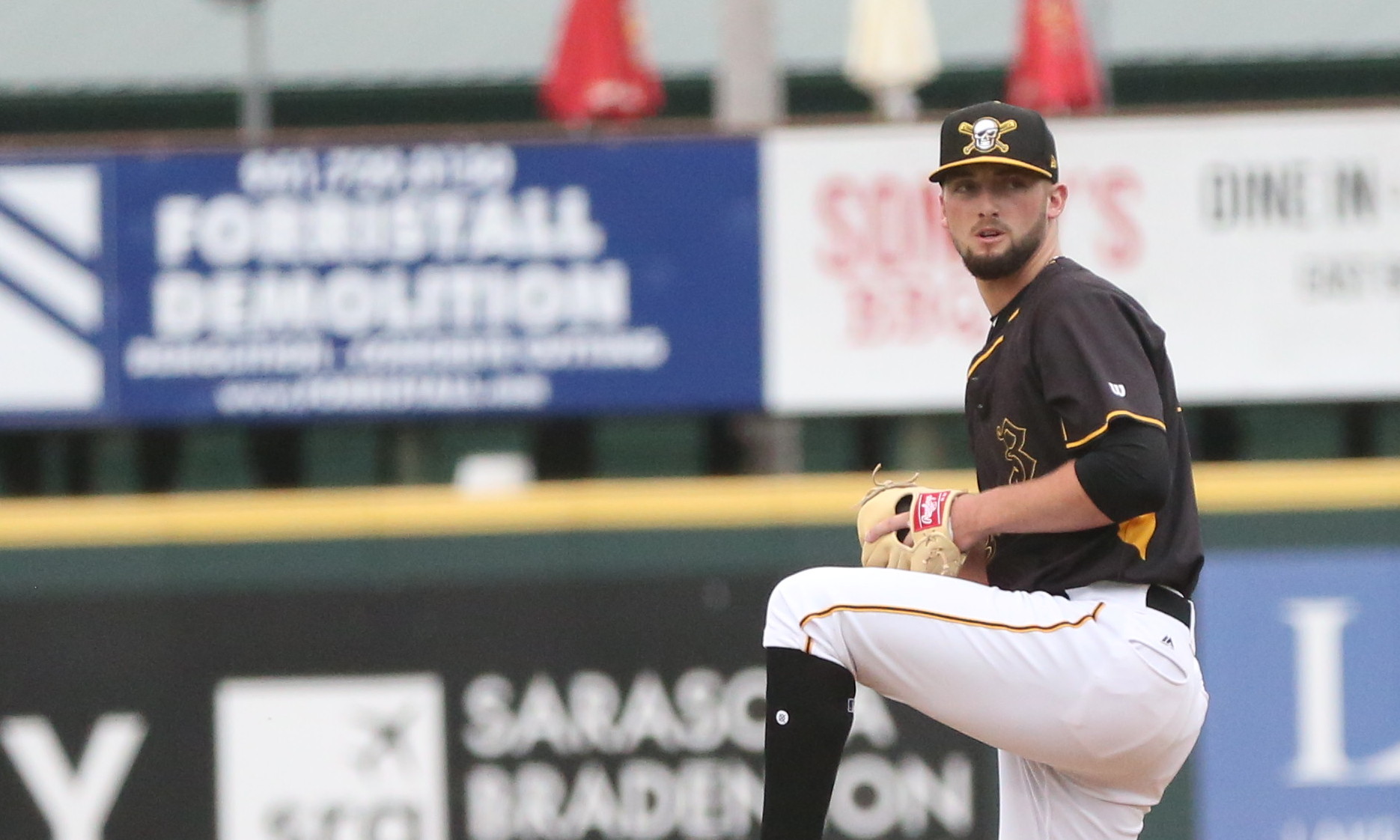 With our weekly 2020 draft slot update every Sunday now until the end of the season, I’ve also been using Sundays to take a look at the stats from draft picks each year. Last week it was the 2018 draft picks and the previous week it was the 2019 class. Today we look back at the 2017 draft class. This one was smaller than the 2018 and 2019 classes from the start. The Pirates signed 37 players in 2017, but they didn’t add any non-drafted free agents during the season. The class has shrunk over the years due to players either being released, retiring or being traded. The stats below are just for the players still with the Pirates. They are sorted by current team and then draft order. Conner Uselton isn’t listed below, but he is still technically with the Pirates for now. High school draft picks have an asterisk next to their name.

Morgantown has 2 games left. They are tied for the division lead and they are 1.5 games back in the wild card.

Today’s Starter and Notes: The Pittsburgh Pirates won 11-4 over the Colorado Rockies on Saturday night. They will send out Steven Brault for the series finale. He gave up three runs over five innings against the Philadelphia Phillies in his last start. Brault allowed just three runs total over 13 innings in his previous two outings combined. He has a 4.50 ERA in 44 road innings and a 3.63 ERA in 44.2 home innings. The Rockies are expected to counter with right-handed pitcher Jeff Hoffman, who is being recalled from the minors today. He has a 7.81 ERA, a 1.66 WHIP and 43 strikeouts in 40.1 innings over nine starts with the Rockies. Hoffman’s last start was back on August 13th when he allowed seven runs over two innings against the Arizona Diamondbacks.

The minor league schedule includes a must win game for Bristol in their best-of-three series. They ended up going with Dante Mendoza last night and pushing Adrian Florencio back to tonight. This will be his fourth start against Johnson City. He gave up one earned run over 4.1 innings in the first game. That was followed up with six runs over 4.2 innings and four runs over three innings, so the results haven’t been positive recently.

Pedro Vasquez gets the start for Altoona. He ranks fifth in the Eastern League in both ERA and WHIP. He threw seven shutout innings in his last start, which followed him getting knocked out of his previous appearance after four runs over two innings. Greensboro is going with Steven Jennings for his final start of the season. He has allowed just one run over 15 innings in his last three starts combined, but he’s facing a team that has scored ten runs in 14.2 innings (6.14 ERA) against him this season in three starts. Fourth round pick JC Flowers goes for Morgantown today. He has a 6.38 ERA in his last five outings after giving up one run over six innings in his first three appearances. Alex McRae will start for Indianapolis for the 22nd time. He has faced Louisville three times this season already and each time he ended up with a Quality Start.

From Indianapolis on Friday, Jason Martin goes a long way to catch this one

Our outfield has been 🔥🔥 lately to save some runs.

For Altoona, Brett Pope has been hitting well recently, to go along with his strong defense. Here he is driving in Altoona’s only run on Friday

Five former Pittsburgh Pirates players born on this date, including the son of a Pirates great.

Jim Hopper, 1946 pitcher. Was managed by HOF pitcher Burleigh Grimes when the Pirates signed him out of the minors. Grimes played for the Pirates three different times, and said that Hopper was the best young player the Pirates had. Unfortunately, before he played a game for the team, he was called into active duty for the war. The Pirates signed him thinking he wouldn’t go to war because he had two young kids at home. Hopper missed two full years before returning in 1946. He started the fifth game of the season, then pitched again a month later, in what ended up being his last big league appearance.

Sam Brenegan, played one inning on April 24,1914. If he played in this era, he would be one of the most hated Pirates. Brenegan made his Major League debut in the sixth inning of a game the Pirates were losing to the Cardinals. Manager Fred Clarke decided to give starting catcher George Gibson a rest, sending Brenegan in to catch. Two batters into the inning, he committed a passed ball and walked after the ball behind him, which immediately irritated Clarke. A couple of pitches later, a wild pitch hit his finger and he walked after the ball again. Instead of going back behind the plate, he walked to the bench and sat down. That was his entire big league career.

On this date in 1890, the Pirates/Alleghenys lost all three games of a tripleheader to Brooklyn. It is one of three tripleheaders in Major League history. Pittsburgh lost 10-9 in the opener, 3-2 in the middle game and 8-4 in the last game. Only 915 paying customers showed up and the games took a total of four hours and 48 minutes to play.