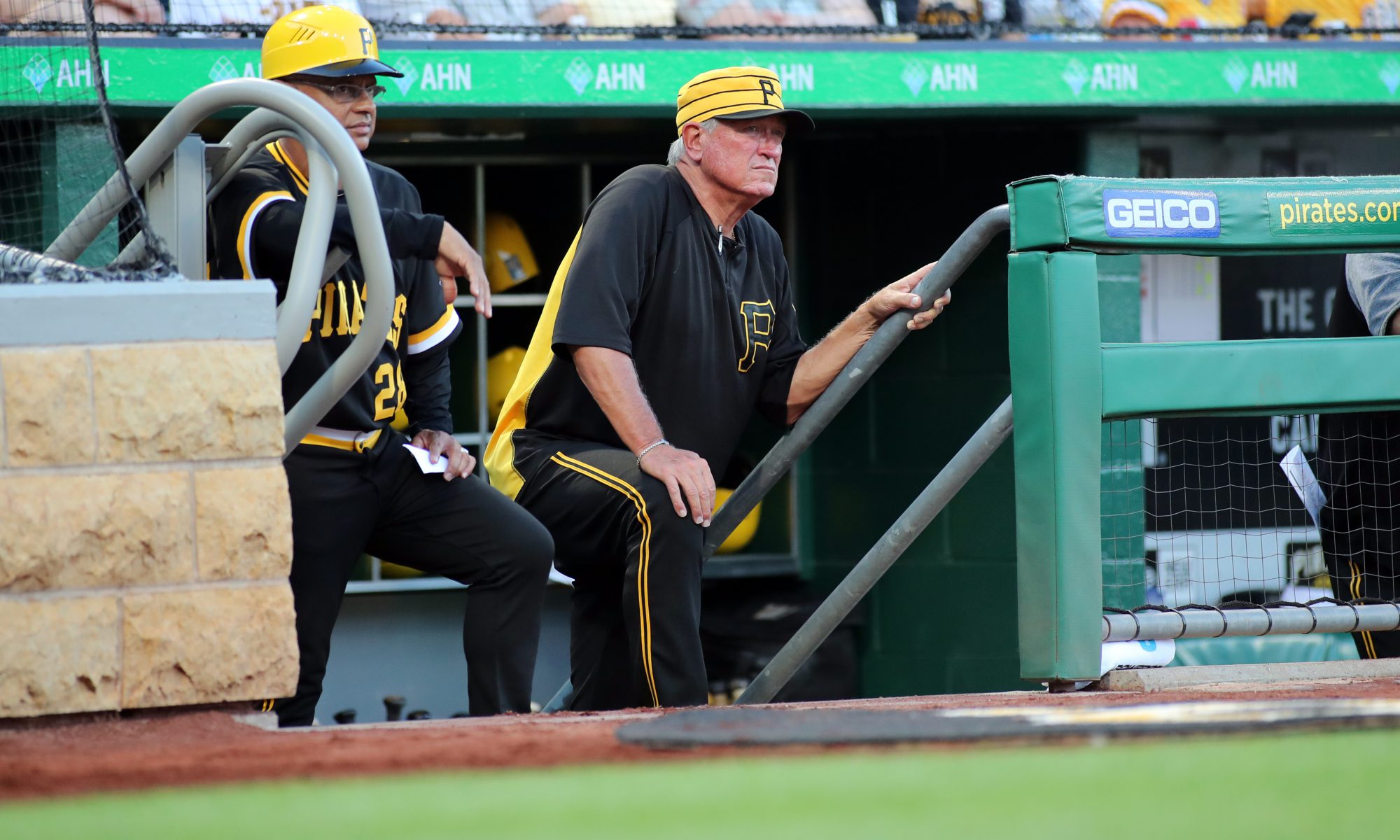 The Pittsburgh Pirates announced prior to Sunday’s game that manager Clint Hurdle won’t be back for the 2020 season. According to General Manager Neal Huntington, Hurdle has been relieved of his duties as the manager of the Pirates after nine seasons. He led the Pirates to a 735-720 record over that time, three times guiding them to the postseason and four times they finished with a winning record.

A copy of the press release sent to the media is attached: 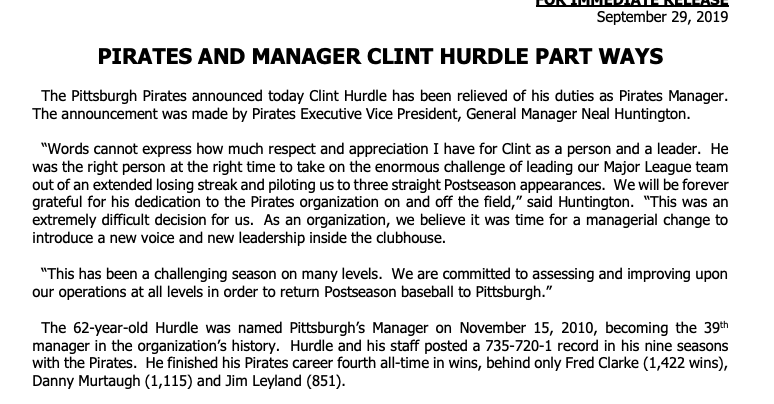 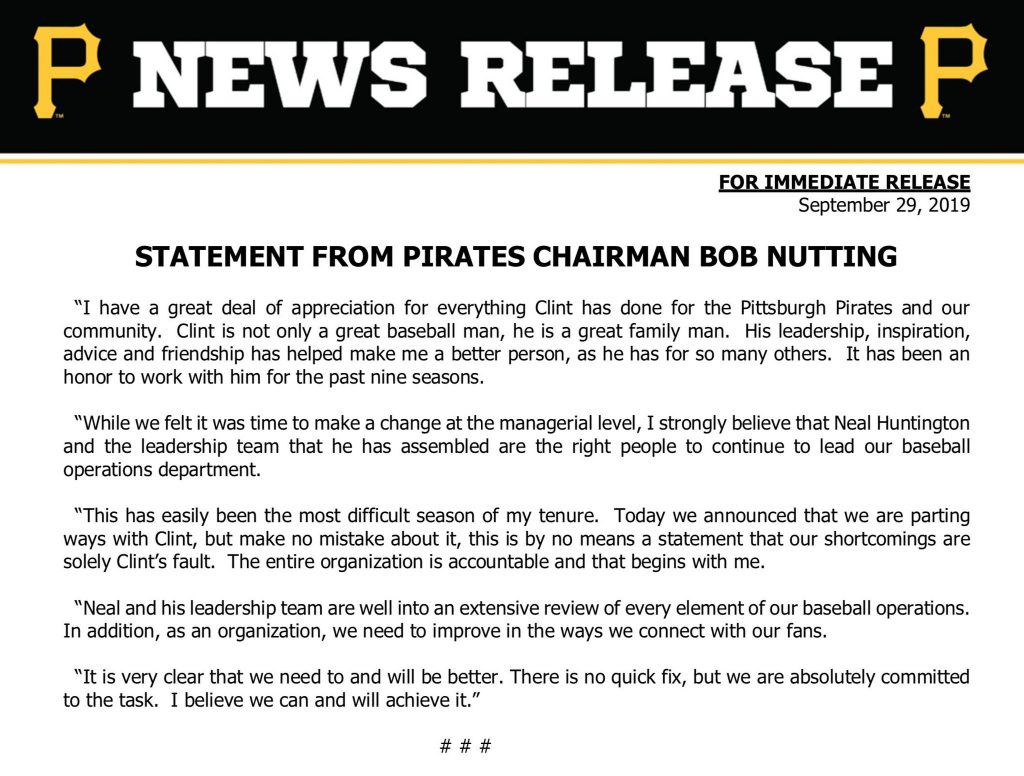