Pirates’ Prospects and the Peter Principle 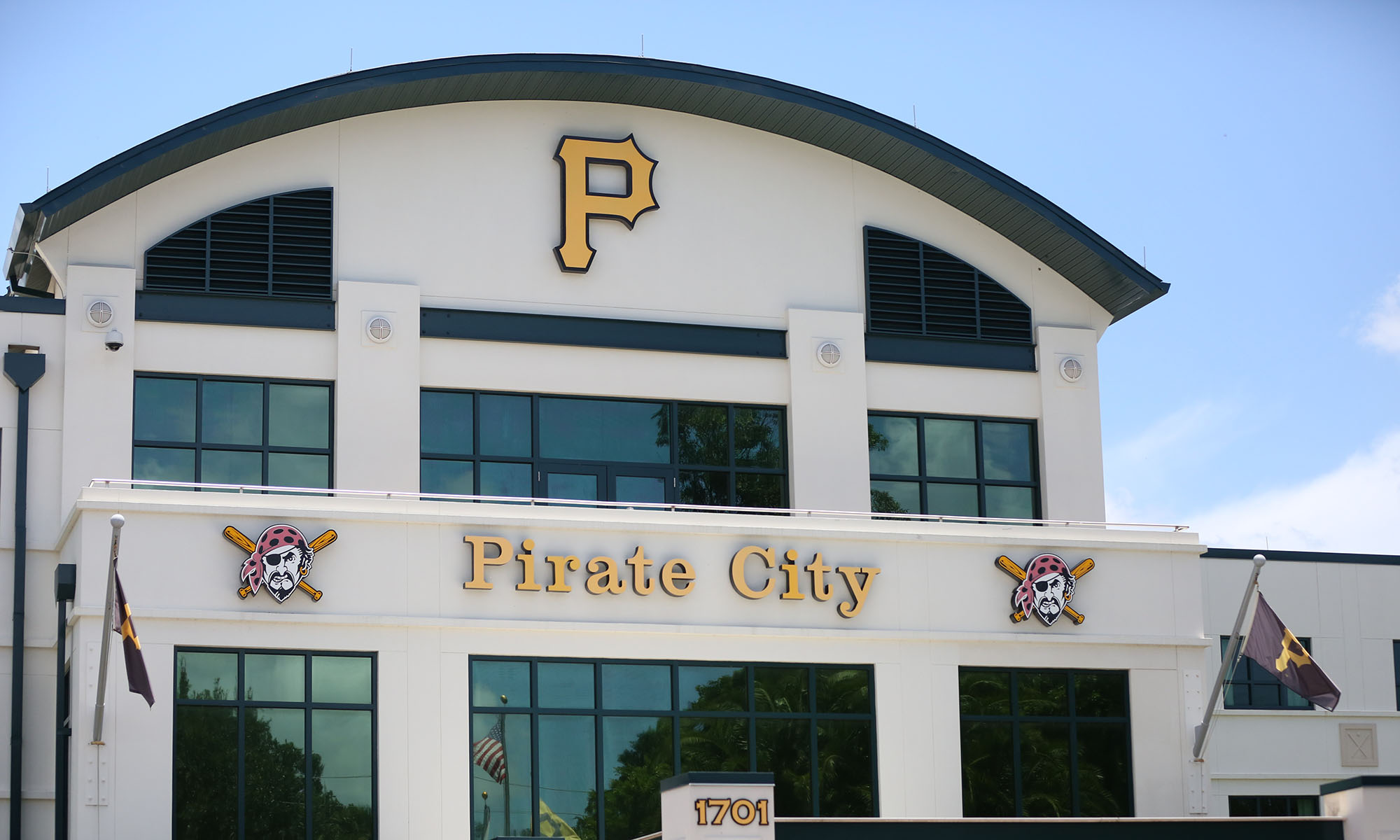 For anyone who has ever worked in any kind of professional setting, we all have seen it—an employee who is in way over their head. At one point or another, this employee was competent at their job, but that competence was rewarded with a new challenge that they ultimately just weren’t cut out for. This is often attributed to incompetent managers, but it can be any employee really, as long as they’ve been promoted one step above where they probably should have been.

This idea was recognized and expounded upon as the Peter Principle, named after sociologist Dr. Laurence J. Peter. It’s an interesting concept, especially for someone who is concerned with why things are how they are like me, but what in the world does it have to do with baseball, and the Pirates specifically? It’s really quite obvious and is a microcosm of the club’s current troubles.

As a small market team, the best path to success for the Pirates is probably drafting and developing talent internally. If it’s not through drafting—or international signing—then that young, cheap, controllable talent can come in the form of trades in exchange for players that have become too expensive or not practical to keep around anymore. One way or the other, a pipeline of talent needs to be flowing from the minors to the majors, first providing players for the club, then replacing those players once they’ve served their purpose. Unfortunately, for many, the Pirates’ pipeline has run dry as of late.

This, of course, is somewhat subjective. Looking at historical rankings from Baseball America, we can see that the Pirates averaged five Top 100 prospects to open the season from 2012 to 2017, and half as many (2.5) in 2018 and 2019. As for league wide rankings, the Pirates peaked as the top system going in to 2014, along with Top 10 systems in 2013 (8), 2015 (7), and 2017 (7). Recent rankings haven’t been as kind, with the organization falling to 16th before 2018 and 18th before the start of this season. Is this a problem? If you buy in to the idea of prospect ranking—and if you’re here, it’s my guess that you do—than of course it is. To me, however, the problem runs deeper than simple talent acquisition.

To many fans, the Pirates—and Neal Huntington specifically—are bad at drafting. They have no idea how to pick players, there is nothing in the minors to pull from, and there is absolutely no hope. I think, for the most part, this is fan apathy and frustration speaking. In my opinion, drafting a player who ends up not succeeding isn’t necessarily bad drafting, per se.

Bad drafting is drafting a player in the first round that’s not projected to go until much later. Of course, if that pick turns out, it’s seen as a great selection, but that’s grading in hindsight. In reality, it’s poor asset management, as a different player who was highly projected could have been had in that spot, and that same lesser-ranked player could have been drafted more in line with accepted projections.

New drafting slot rules have kind of thrown this all out of whack, where senior signs are going in the first ten rounds to save bonus money, which could be seen as bad draft management. In reality, this has kind of become the generally accepted strategy among most teams and drafting higher rated prospects later may just even everything out.

Are the Pirates bad at drafting? That can be argued, but in my opinion, they aren’t. To me, the aforementioned rankings reflect drafting prowess, which doesn’t appear to be completely lacking. However, it’s major league success that is a trademark of the second side of the coin—development—which appears to be falling flat. If this is the case, why is this happening, and what can be done to fix it?

Plenty of examples probably come to mind when talking about failed development and the Pirates, and the past Top 100 rankings already mentioned encapsulate that as well. Examples like Pedro Alvarez, Gerrit Cole (in his time with the Pirates), and Gregory Polanco may hurt the most, because despite varying levels of success, they never quite lived up to the hype generated on their way to the bigs.

There are players who never really developed into anything, such as Tony Sanchez, Alen Hanson, Jose Tabata, and Nick Kingham. Players who have been inconsistent, with varying degrees of success, like Josh Bell, Kevin Newman, and Steven Brault (never a Top 100 prospect, but saw great success in AAA). Finally, there is a new crop of players that it is obviously far too early to give up on, but have scuffled early, like Cole Tucker and Mitch Keller.

A player like Tyler Glasnow—maybe the subject of fans’ greatest ire—doesn’t fit into any of these buckets, as he was nothing but wasted potential for the Pirates, only to turn it on seemingly overnight in Tampa Bay. Some may throw Austin Meadows in as well, but I don’t think he ever really got a fair enough chance to say the Pirates’ development machine ultimately failed him or not.

What do all of these players have in common? Aside from the obvious—they all rose through the ranks in the Pirates’ organization and had high prospect value coupled with minor league success —they can all claim that the Pirates’ development system may have failed in helping them meet or exceed their potential with the team to a certain extent.

I believe it’s become fairly obvious that, among many, one of the Pirates’ main problems is that of developing talent. This isn’t some kind of original thought, and it’s not unearthing a topic that hasn’t been discussed ad nauseum. To me, the interesting discussion is applying the Peter Principle, and just what can be done to fix this problem moving forward.

The Peter Principle states that, inevitably, every employee will eventually reach a level of incompetence. Is it possible that players like Sanchez and Hanson were never cut out to be viable major league players and that talent evaluators were wrong? Of course it is, but those ultimately aren’t the players that are shining the light on development concerns.

It’s the likes of Cole, Glasnow, and the unmentioned Charlie Morton that are most damning to the organization. These players rose to the top of their profession but clearly had another level the club didn’t unlock, and it’s fair to ask why and try to pinpoint specific changes that need to be made.

As the article states, one way of overcoming the problems presented by the Peter Principle is to “provide adequate skill training for employees receiving a promotion, and to ensure the training is appropriate for the position to which they have been promoted”. What does this look like in baseball? In the league’s current environment, one of the main answers to this question has to be the use and application of statistical and technical analysis.

Glasnow, Cole, and Shane Baz—also included in the fateful Chris Archer trade—are all on the record as saying how they never saw the kind of analysis in Pittsburgh that they have in their new organizations. There certainly seems to be something to this, as Houston and Tampa Bay are held in high regard in the industry for their innovation and routinely find treasure among other teams’ trash.

The Pirates seem to be failing when it comes to benchmarking, which is comparing your practices to others in the same or similar industries in an attempt to adopt best practices. Maybe it’s as simple as looking externally—hiring from outside the organization to bring in new thoughts and ideas.

It worked when they brought in Huntington originally, and Rick Eckstein and Jacob Cruz seem to be adopting successful techniques and practices to the offense. Maybe it’s time to move on from Ray Searage, who is often seen as the figurehead of an outdated pitching philosophy that played a part in the failures of Cole, Glasnow, and Morton.

Maybe those directly in charge of developing need evaluated, with changes being made. This already is underway with the somewhat controversial firing of Michael Ryan in Double-A and the almost unacknowledged one of Wyatt Toregas from High-A. It’s possible that the aforementioned ousting of Searage has yet to take place, and fans will dream about the same for manager Clint Hurdle.

For me, the Ryan firing was not nearly as important as some wanted to make it out to be, and while it was mostly a blip on the radar, I could certainly see the point, especially in terms of the question of development. While wins are nice, the main goal of the minor leagues is development, and by comments that were made, both Huntington and Ryan seemed to agree that there may have been places where development and application of organizational philosophy were lacking.

If the team sees the move as a step in the right direction as far as righting the development ship goes, at least it’s commendable that they took that step, but now it’s time to make good on the next ones.

The biggest fear of fans should be an inherent problem of the Peter Principle—“employees tend to remain in positions for which they are incompetent because mere incompetence is rarely sufficient to cause the employee to be fired from the position”. Sure, that can apply to players on the field, who aren’t quite good enough to build around, but aren’t quite bad enough to move on from. That has been somewhat of a Pirate trademark over the last few seasons, but it’s completely possible to relate this idea to those off the field as well.

Is Clint Hurdle just competent enough to keep his job? Neal Huntington? Kyle Stark? Larry Broadway? As Tim pointed out just yesterday, little has changed for the Pirates recently. While there’s certainly value in consistency and continuity—two ideals the organization obviously hold dear—how valuable is a practice if it just breeds mediocrity and nothing more?

After ten plus years of much of the same in Pittsburgh, it’s probably a fair criticism to say at this point that the organization is okay with mere competence, and one can wonder if they are willing to do what it takes to move past and break out of that complacency.

Come the end of the season and into the immediate future, we’ll see if this remains to be the case, or if it’s finally time for the change many have been hoping for.

Let’s see how he does the rest of the season.…