The Book on James Marvel 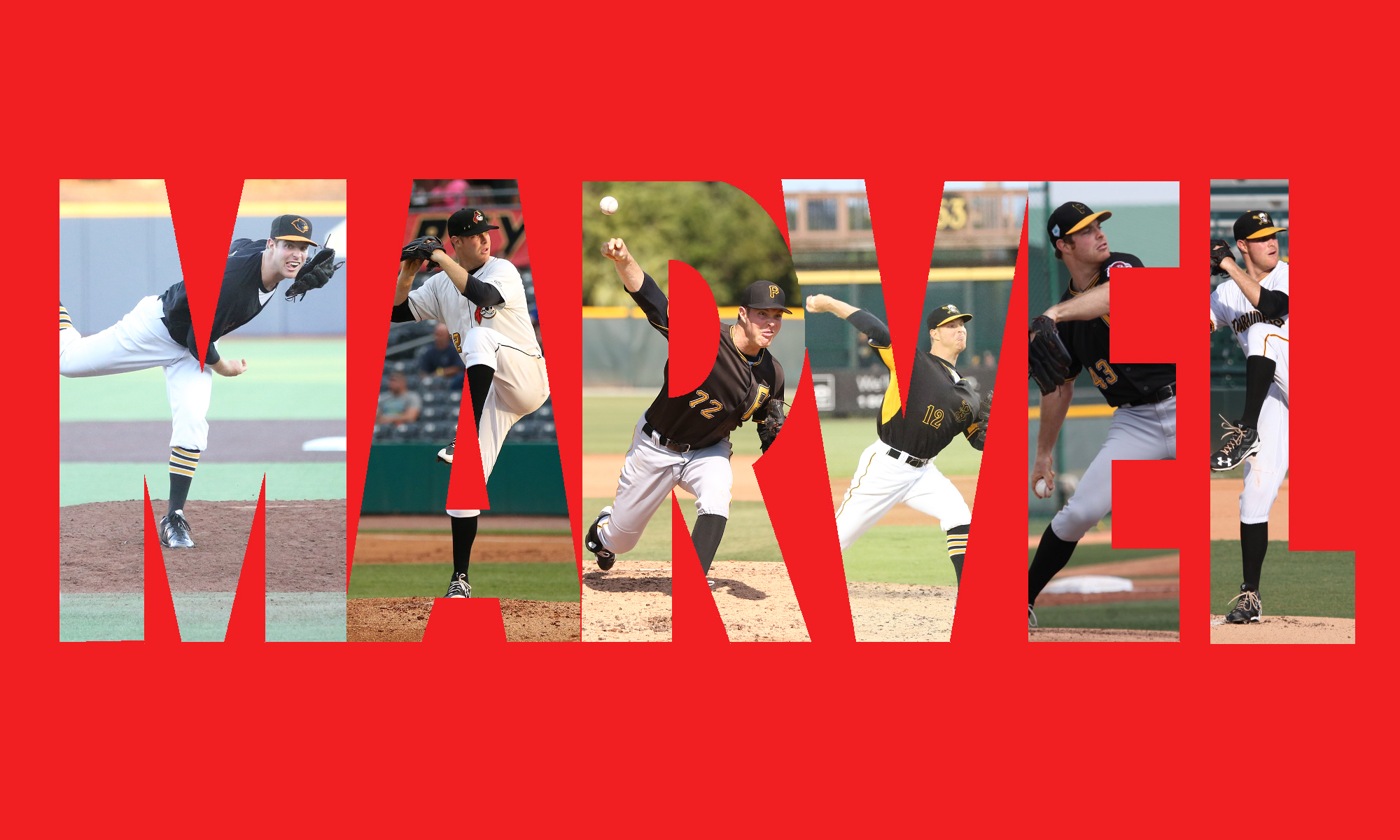 In the 2015 draft, the Pittsburgh Pirates selected 21-year-old right-handed pitcher James Marvel in the 36th round out of Duke. They were picking up damaged goods at the time, but it was also someone who clearly had more potential than your average 36th round pick. He’s debuting today in the majors and will get a total of four starts to finish out the season. His prospect status improved greatly in 2019, so here’s the Book on James Marvel.

The Pirates gave Marvel a $150,000 bonus to sign, which at the time was $50,000 over the slot amount. That’s not a huge amount by draft standards, but it clearly showed that they thought he had real potential. They were taking the risk that he wouldn’t be the same pitcher they saw prior to the Tommy John surgery, plus they were taking over his rehab process, knowing that he wouldn’t pitch until the 2016 season. Marvel may have been able to regain his previous prospect status if he returned to school, but he took the guaranteed money instead.

What you saw before the injury was a pitcher who threw strikes with a low-90s sinker and mixed in a curveball and changeup. He was also a right-handed pitcher, who had a big 6’4″ frame, which is basically what the Pirates look for in every draft. Marvel was drafted out of high school, though his commitment to Duke dropped him down to the 37th round. So he had a bit of a track record when the Pirates drafted him in 2015, though obviously no recent scouting reports.

Marvel was in the middle of recovering from Tommy John surgery when he signed with the Pirates on July 13, 2015. He wouldn’t make his pro debut until 11 months later and it was an impressive outing, throwing six shutout innings with Morgantown. The rest of his first year back didn’t go as smooth, but that was to be expected from someone who last pitched in 2014.

With Morgantown in 2016, he had a 4.43 ERA in 65 innings over 13 starts, with 41 strikeouts, a 1.18 WHIP, a .235 BAA and a very impressive 2.33 GO/AO ratio. Marvel moved up to West Virginia the next season and in 20 starts, he had a 3.99 ERA and a 1.28 WHIP in 94.2 innings. His ground ball rate really dropped (1.09), but there was a good reason. The Pirates had him throwing his four-seam fastball more often because it was a seldom-used pitch prior to 2017. He was also using his new changeup more often and wasn’t getting the best results with it early in the process. What you saw in 2017 was someone who was working on two pitches in games and going away from his strengths in order to help his weaknesses. That’s not great for immediate results, but that isn’t the point of throwing those pitches more often at that stage.

Marvel received a late-season promotion to Bradenton in 2017 and pitched great. He posted a 1.50 ERA and a 1.00 WHIP in 24 innings. He still began 2018 back with the Marauders and was there for much of the season. He had a 3.68 ERA, a 1.21 WHIP and 100 strikeouts in 134.1 innings before being promoted to Altoona on August 6th. He was able to make five starts for the Curve and looked good out there, putting up a 3.00 ERA, a .236 BAA and a 1.15 WHIP in 33 innings. It was a solid performance during a jump in competition and it was the first time that he got true prospect notice from us.

Here is our report from the 2018 mid-season prospect guide update, where Marvel was one of the players who made it onto the list after other players were traded/graduated:

Marvel is a sinkerball pitcher, who relies on throwing strikes and pitching to contact for early outs. That style has led to mixed results overall, with high ground ball rates, mediocre strikeout rates and the ability to be an innings eater in the rotation. Through early August, he led the entire farm system in innings pitched. Marvel started throwing a four-seam fastball more often last year and he has improved velocity now, hitting 93-94 consistently when he was more of a low-90s pitcher who would occasionally hit those numbers. He changed his grip on his changeup last year to help against left-handed batters. He also has an average curveball as his breaking ball. He doesn’t have a true strikeout pitch, but he has shown the ability to be very effective as a pitch-to-contact guy, which could lead to him being a ground ball specialist as a middle reliever in the majors. He would need to find a strikeout pitch to exceed that current ceiling.

Marvel didn’t make the top 50 in our 2019 Prospect Guide, though he was the highest rated right-handed starter to not make the list (see the depth chart if you have a copy of the guide). In fact, he was right behind Steven Jennings, who was our 33rd best prospect at the time. We did our mid-season update just over a month ago, and while we didn’t release the full list of the final rankings (you’re seeing the rankiings in the top ten prospect lists being released), Marvel was ranked 21st in the system.

So how exactly did he go from just outside the top 50, to almost top 20, in just four months? Marvel did it with the combination of results and better pitches.

You’ll notice that scouting report from the 2018 mid-season guide says “average curveball” and “find a strikeout pitch”. That report was outdated by April of this year. Marvel found that strikeout pitch and it was an above average curveball. He improved the pitch to the point that he could throw it in any count and it will get both swinging and looking strikes. If we saw that pitch consistently in previous years, then he would’ve already been a top 50 prospect based on potential. Of course, his stats likely would have been better coming up through the system, so that would have helped his case too.

It wasn’t just the improved curveball that led to him posting a 2.94 ERA, a 1.09 WHIP, a .223 BAA and a career high 136 strikeouts this season. When Marvel doesn’t have his best curveball, he’s able to go to his changeup and use it to get outs, including times where he used it as a strikeout pitch. That pitch was brand new in 2017 and not very effective at the time, but has improved to the point that it’s a strong third offering.

Marvel isn’t an over-powering pitcher. He still likes to get quick outs on the ground with a low-90s sinker, but he can ramp it up a little with his four-seam fastball up in the zone, while also mixing in his curveball and changeup often to get strikeouts in big spots. When his curveball is on, it’s one of the best breaking balls in the system. He’s also helped by an unorthodox delivery, which you can see here:

1-2-3 first for James Marvel with a pair of strikeouts. pic.twitter.com/8ymBveVYTJ

James Marvel caps a 1-2-3 first with his first punch out. pic.twitter.com/2KvDvumbcH