Braeden Ogle is the Pirates Prospects Comeback Player of the Year 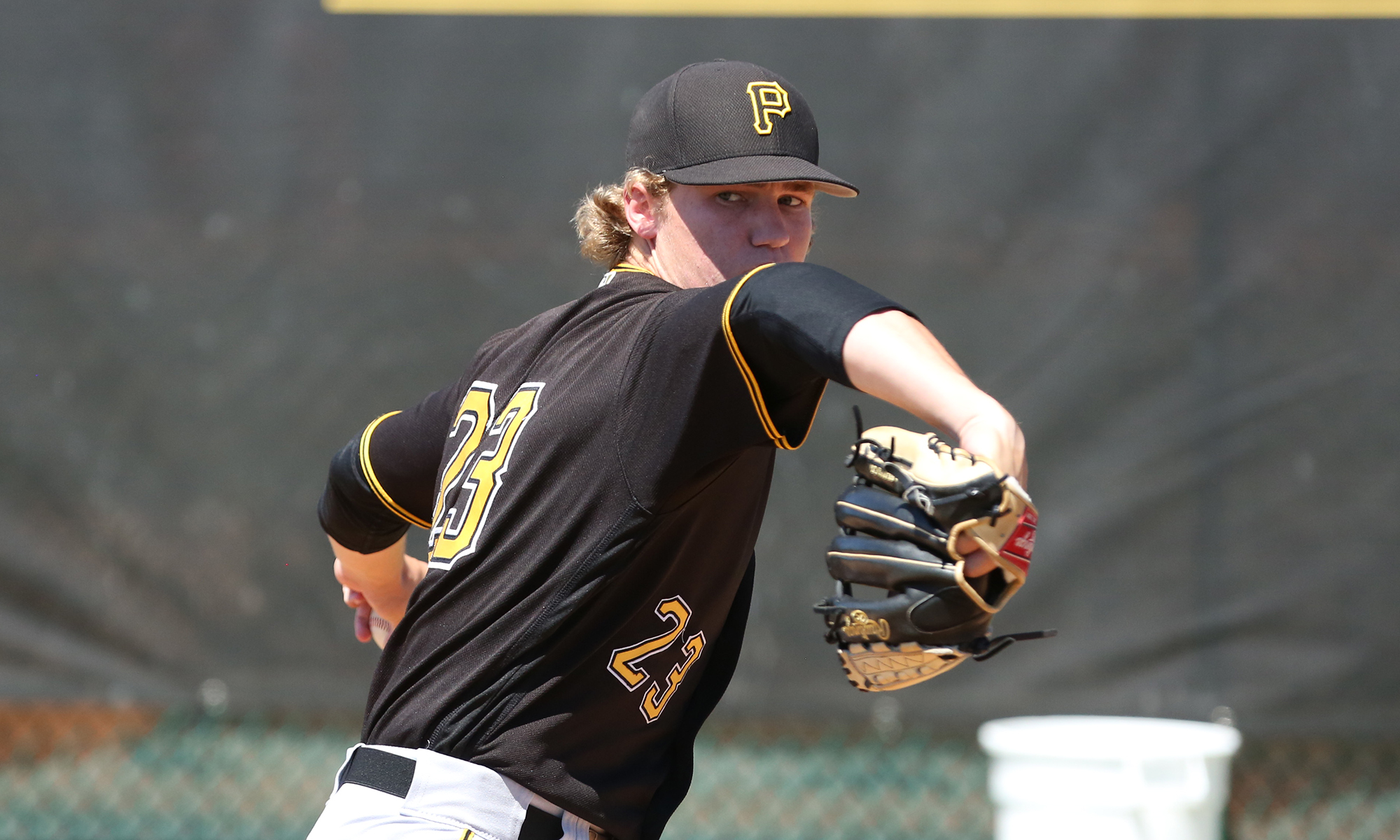 The Comeback Player of the Year will go to the player who either missed all/most of the previous season, or someone who performed well in the past, then rebounded from a poor season. It’s going to lean towards someone who missed a lot of time, though there won’t always be a good choice in that category. This year there were three good choices we considered.

Cody Bolton missed the final seven weeks of the 2018 season with a forearm injury, then came back in 2019 with outstanding numbers in Bradenton, followed by a mid-season promotion to Altoona. He added 56.1 innings to last year’s total, showing that he was fully healthy from the 2018 injury. Bolton ranked first on our top ten prospects list for Altoona and second for Bradenton.

Right-hander Yerry De Los Santos took a few years to really get going in pro ball. He missed all of 2016 with Tommy John surgery and parts of both 2017 and 2018 with a shoulder injury. He saw very limited work last year in the lower levels, which was more like rehab work than actual game action. He had at least three days rest between each appearance and threw just 17 innings total over the final seven weeks of the season. There was no Extended Spring Training by the time he returned, so he got his rehab work in actual games. Finally healthy for a full season in 2019, he posted a 1.44 ERA in 50 innings, with 73 strikeouts and an 0.88 WHIP.

Those were both solid choices, but we ended up going with 22-year-old lefty Braeden Ogle as our first Comeback Player of the Year. Ogle suffered a shoulder injury (inflammation) during his start on April 27, 2018. He had five strikeouts over two shutout innings at that point. It should also be noted that his 2017 season ended early due to minor knee surgery, so he was already on a comeback at that point.

Ogle took time off from throwing after the shoulder injury, went down to Pirate City and slowly began to work his way back. The Pirates were being cautious with their prize left-hander, who was optimistic in mid-June that he would be back in game action soon. The inflammation returned a short time later though and he was shut down again. Due to the timing, it ended his season. He made just four starts in 2018 and pitched a total of 17 innings.

Ogle was healthy throughout the 2019 season. The Pirates moved him to relief at Greensboro early in the year in order to control his innings. Late in the year, they promoted him to Bradenton to finish the season. Ogle spent a month on the injured list after the All-Star break, but that was part of limiting his innings by having him throw on the side in a more controlled setting, rather than in a game situation. In 27 appearances between both levels, he posted a 3.56 ERA in 43 innings, with 44 strikeouts, a .228 BAA and a 1.14 WHIP. Ogle was hitting 97 MPH throughout the season, showing the velocity that we saw in 2017 at Bristol before the knee surgery.

The 2020 season will be an interesting one for Ogle. He had a healthy 2019, but his overall work was still somewhat limited due to his role. It’s possible that he’s back in a starting role in 2020, but a relief role could be a quicker path to the majors and might now be his ceiling. He has thrown just 130.2 innings since being drafted in 2016, so it seems unlikely that he would approach that mark in a single season at this point.

The 2020 season will provide some interesting options for the Comeback Player. Infield prospect Stephen Alemais will be returning from season-ending shoulder surgery that he had in May. Pitching prospect Travis MacGregor is returning from Tommy John surgery. JT Brubaker had forearm issues that limited him to 27.2 innings. Michael Flynn, a sixth round pick in 2018, missed late 2018 and most of 2019 with two separate injuries. He was limited to 4.1 innings this year, but finished the season off healthy.