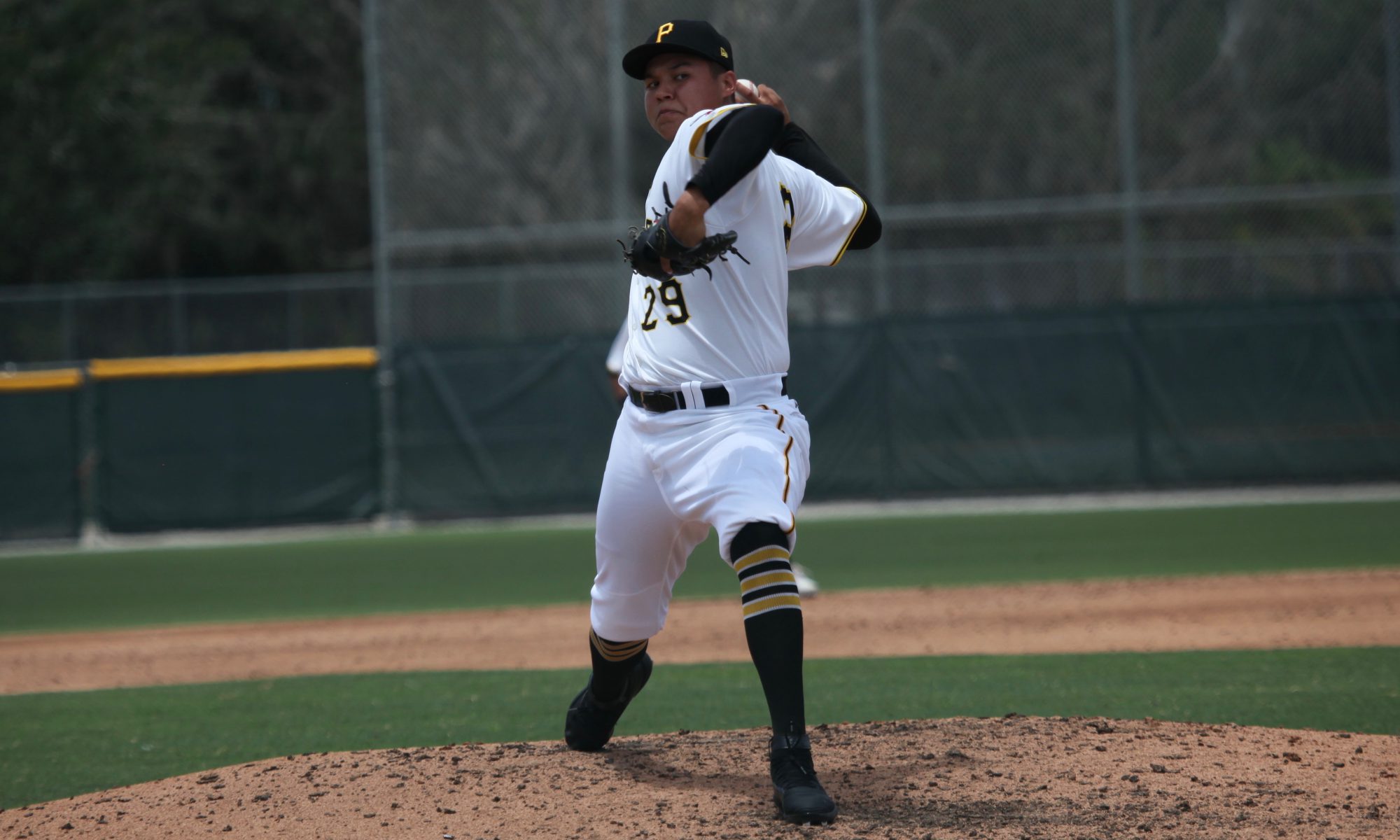 The Pittsburgh Pirates have two affiliates in the Dominican Summer League. The team called Pirates1 had a 34-36 record during the season and used 40 players. The DSL Pirates2 went 56-16, lost in the second round of the playoffs (they received a first round bye) and they used 41 players. Combined between both clubs, they used a total of 75 players, with six players seeing action for both clubs.

Below you will find a season recap of the noteworthy players, including all six-figure bonus players, as well as the top performers from each team. Tomorrow we will post a combined list of the top ten prospects for the DSL Pirates.

While he won’t be the top prospect tomorrow, the best place to start is with the league MVP. Randy Romero was in his second season in the DSL this year and he proved that he was more than ready to take on a tougher challenge at a higher level. Romero hit .376/.418/.495 in 62 games, winning the league batting title, while going 36-for-37 in stolen bases. He’s also a strong defender with an above average arm, which helped his case for the MVP award. Hitting lead-off for a team that went 56-16 didn’t hurt either.

Sticking in the outfielder, we start with the top bonus signing from 2018, Osvaldo Gavilan, who received a $700,000 bonus. He was limited to 37 games due to a late season illness that cost him all of August, though he was back to baseball activities before the season ended. He batted .200 on the season, hitting the same .200 mark in both June and July. The early season came with more power and the late year with better on base skills, but his .581 OPS was the worst among all regulars on the DSL Pirates1.

Sergio Campana received a smaller bonus than Gavilan ($500,000), but he was considered the top prospect going into the year. Campana got a late start due to a minor spring injury, but he ended up playing 45 games and putting up a solid .281/.362/.374 slash line, with six triples and 24 steals in 29 attempts.

Rodolfo Nolasco signed for $235,000 and received a lot of praise early on when he was making more hard contact than anyone else on the team. At the beginning of the year, he was hitting into a lot of bad luck, but the hits started dropping mid-season and he finished with a .302/.373/.472 slash line, connecting on 21 extra-base hits in 54 games.

Other outfielders of note include Jauri Custodio, who signed with the Pirates after failing a physical with the Rockies, who were going to pay him $150,000 to sign. He posted an .806 OPS in 53 games. Luis Tello was a July 2nd signing out of Panama, who played 54 games and put up a .686 OPS. He got some extra time in recently by playing in a World Cup tournament for his home country. Fleury Nova is one of the fastest players in the system. He went 12-for-14 in steals and posted a .328/.385/.382 slash line in 37 games.

In the infield, the player getting the most attention was third baseman Alexander Mojica, who played much of the season at 16 years old. He hit .351/.468/.580 in 55 games, with 23 extra-base hits and 37 walks. That 1.048 OPS led the DSL. Mojica played solid defense at third base, showing off a plus arm in the process.

Dariel Lopez signed for a $400,000 bonus. He had Tommy John surgery over the off-season and was still recovering from it during the spring. So there weren’t real high expectations here, as he was going to be behind everyone else at the start of the year. The 17-year-old Lopez exceeded those expectations and then some, hitting .341/.404/.485 in 47 games. Most of his defensive time was spent at shortstop, though he did get in some games at both corner infield spots.

Shendrik Apostel came into the season with high hopes, but an early season minor surgery, followed by a mid-season injury on a play at first base, limited him to 27 games. He hit five homers during his short time, which helped lead to an .872 OPS. Rayber Romero wasn’t one of the top signings, but he put up an .838 OPS in 31 games, with 14 steals and more walks than strikeouts (19:14 BB/SO ratio). Second year player Eduar Ramirez had an .832 OPS in 24 games. He spent part of the DSL season in Extended Spring Training in the U.S.

As you can see from all of the bonuses up top, the Pirates went heavy on bats during the 2018-19 international signing period and got strong overall results. That left the pitching side a little light, though it appears to be easier to find a late bloomer on the mound than it is at the plate. The top signing was Venezuelan lefty Adrian Mendez, who received a $355,000 bonus. He was more of a projection signing and the Pirates didn’t see any of that come along in 2019. He had a 7.01 ERA and a 1.88 WHIP in 13 starts and finished the season on a team suspension (undisclosed reason).

Perhaps the most surprising pitcher was second-year reliever Domingo Gonzalez, who did so well early in the season that he ended up in Morgantown as a starter at the end of the year. Gonzalez had an 0.36 ERA and an 0.59 WHIP in the DSL, then after a stint in the GCL, threw six shutout innings for Morgantown during his last game of the season.

Braham Rosario was in the U.S. last year, so it was a bit surprising that he was back in the DSL this year. In 59 innings, he had a 2.59 ERA, a 1.20 WHIP and 61 strikeouts. Enmanuel Mejia dominated the league until a bad outing during the final week of the season, finishing with a 1.74 ERA, an 0.82 WHIP, and 37 strikeouts in 20.2 innings. Sergio Umana finished second in the league with nine wins and pitched in the All-Star game. He had a 2.39 ERA in 13 starts, with a 1.11 WHIP and 59 strikeouts in 64 innings. Jorge Ramos posted a 3.04 ERA in 53.1 innings over 12 starts, while Jose Amaya had a 2.97 ERA in 18 appearances and somehow led the league with ten wins, despite never making a start.