First Pitch: Or Maybe We Look at the Problem of the Pirates Underperforming 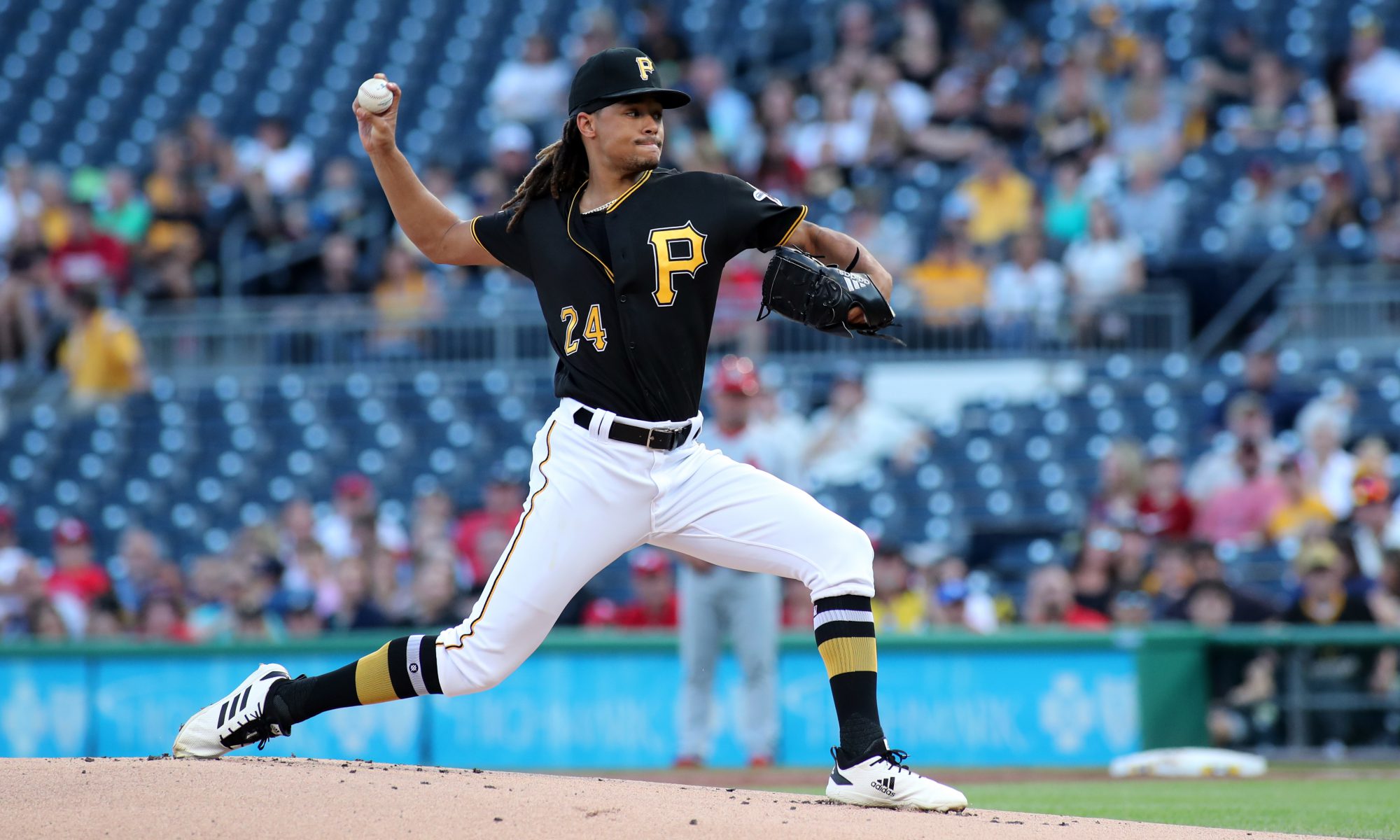 We’ve got about a month to go before the World Series is over. After that, we’ve got another month to go until there will be actual offseason moves.

It’s easy to break down the 2019 Pirates: They were one of the worst teams in baseball.

It’s easy to break down the Pirates’ personnel decisions: Clint Hurdle was fired, and you could make an argument that was warranted. During that argument, you’re also going to warrant other firings, including Neal Huntington, for a lot of the same reasons. And Bob Nutting should sell the team, but that’s never happening and none of us can do anything about it.

But we’ve got plenty of time over the next two months to take a deep dive into this team and look at exactly everything that is going on. I started off on Monday wondering where to begin. That was kind of for effect, because I already had a plan to break down the entire team. That plan started with my WAR breakdown on Monday, followed by my injury analysis yesterday.

Today, I’ll continue the look at the team by focusing on the impact of poor performance for the 2019 Pirates. This is somewhat tied in with injuries, and I’ll break that down further below. For now, let’s start by looking at all of the players who lost value from their preseason projections.

I wanted to try to separate injuries from poor performance, but that’s difficult. It’s really easy for guys like Elias Diaz or Jameson Taillon. We know Taillon was performing well, but limited in innings due to being injured. Meanwhile, Diaz received his expected preseason playing time and just struggled.

The best way to make the split is to look at that preseason analysis for playing time. If the Pirates were projected to get X WAR from a player in a certain amount of playing time, and they reached the playing time, then it’s fair to look at their WAR difference as a performance issue.

For example, Trevor Williams fell shy of his WAR by 0.7. He also dealt with injuries this year. But Williams fell just 10 innings shy of his expectations, and the big reason for his drop in WAR was a drop in overall performance.

Chris Archer is a more difficult situation. He fell shy of his innings total by about 50 innings. He probably makes up some of his lost WAR with additional innings. However, he wasn’t pitching well, so he’s not coming close to making up the full 2.7 WAR that he lost from his preseason projection. So I’d still include him fully in the poor performance category.

It’s not exactly a clean cut process, and gets extremely tricky with some players. I got a lot of questions about Gregory Polanco yesterday, who wasn’t included in the injury section, despite being injured. For the purposes of that article, Polanco was irrelevant. The best outfield the Pirates could have had this year — combining the hindsight of starting Bryan Reynolds, and magically making Corey Dickerson injury free — didn’t include Polanco. He was injured for more than the originally expected time he’d miss, but he also played horribly. More time wasn’t going to improve his WAR enough to be a better option than Dickerson.

I hope that clears up my method. Here is how I grouped the above players:

Again, you could probably split up these figures further. Some of that -16.5 WAR value from the second section would have improved if Polanco and Archer would have had more playing time (and the same slightly goes for Williams/Crick, although they both just fell shy by about 10 innings). The improvement wouldn’t have been much though, since none of those guys were playing on a pace for their preseason projections.

The point here is to show the vast difference between the impact of injuries and the impact of poor performance. It’s clear that poor performance was a bigger issue than injuries, even though the Pirates had so many injuries. Before I nail that down, let’s go to the other side of this and see the players who actually gained value this year versus their preseason projections.

Again, we’ll break this down into two groups. The first group includes guys like Bell and Musgrove, who were expected to be on the roster on Opening Day, had a clear projection, and exceeded that projection.

The other group includes guys like Reynolds, who weren’t on the roster on Opening Day, and weren’t projected for much. In fact, Reynolds is probably the only guy in that group, since everyone else had positive value in my preseason projections. So rather than listing the players, here are the WAR gains by group:

You can further see a problem with the overall team here. The combination of players playing above their performance level is 9.7 WAR, which doesn’t even make up the performance loss section from above.

Again, it’s really difficult separating injury impact from poor performance. I’m not saying my method is perfect. It relies on preseason projections as gospel, and then provides a subjective look at the biggest factor for the poor performance for each player.

This also doesn’t include all of the micro gains and losses. I didn’t include anyone who had a gain or loss less than half a win, so Adam Frazier (+0.3) and Nick Kingham (-0.3) weren’t included. I will say that, at quick glance, there are more losses than gains in this area, which might reduce another win or two.

I also didn’t include depth players who produced negative value, which means guys like Kevin Kramer and Jake Elmore, who were both worth -0.5 WAR this year, didn’t get included. I know that this group would remove a few more wins. I didn’t include that because I’m not sure how many WAR you are expected to lose with depth guys like this.

Even with the actual losses above, plus the added micro losses, that would have been enough to push the Pirates to a winning record.

My goal here is to point out the obvious big flaws with the Pirates, before breaking down all of the micro flaws leading to those issues. In the next two days I’ll be pointing out how the poor performance trend justifies the firing of Clint Hurdle, but why Neal Huntington also needs to be on the hook for this.

John Dreker will have our Altoona top ten prospects today. We’ll also have AFL notes and any news that comes out.

This has nothing to do with sports.

Seven former Pittsburgh Pirates born on this date, plus a transaction of note. Starting with the most recent player first…

Marino Salas, reliever for the 2008 Pirates. He was acquired from the Brewers for Solomon Torres. Salas pitched 13 games during his only season in the majors, posting an 8.47 ERA in 17 innings.

Victor Santos, starting pitcher for the 2006 Pirates. In his only season with the club, he went 5-9, 5.70 in 115.1 innings. Played for seven teams over a seven-year big league career.

Eddie Murphy, outfielder for the 1926 Pirates. He was once a star player for the Philadelphia A’s, but by 1926 he was out of the majors for five years and came back just long enough to hit .118 in 16 games with the Pirates.

Ernie Diehl, outfielder for the 1903-04 Pirates. He was a very minor part of the first World Series team for the Pirates, going 1-for-3 in his lone game on May 31, 1903. He batted .162 over 12 games the following season, then played a total of four games over two seasons for Boston (Braves) to finish out his big league career.

Scott Stratton, pitcher for the 1891 Pirates. He went 34-14 for Louisville in 1890, but was just 63-100 over the rest of his career, including losses in his only two starts with the Pirates.

On this date in 1964, the Pirates signed 20-year-old catcher Manny Sanguillen as an amateur free agent out of Panama. He would go on to make three All-Star teams and hit .299 over 1,296 games with the Pirates in 12 seasons.